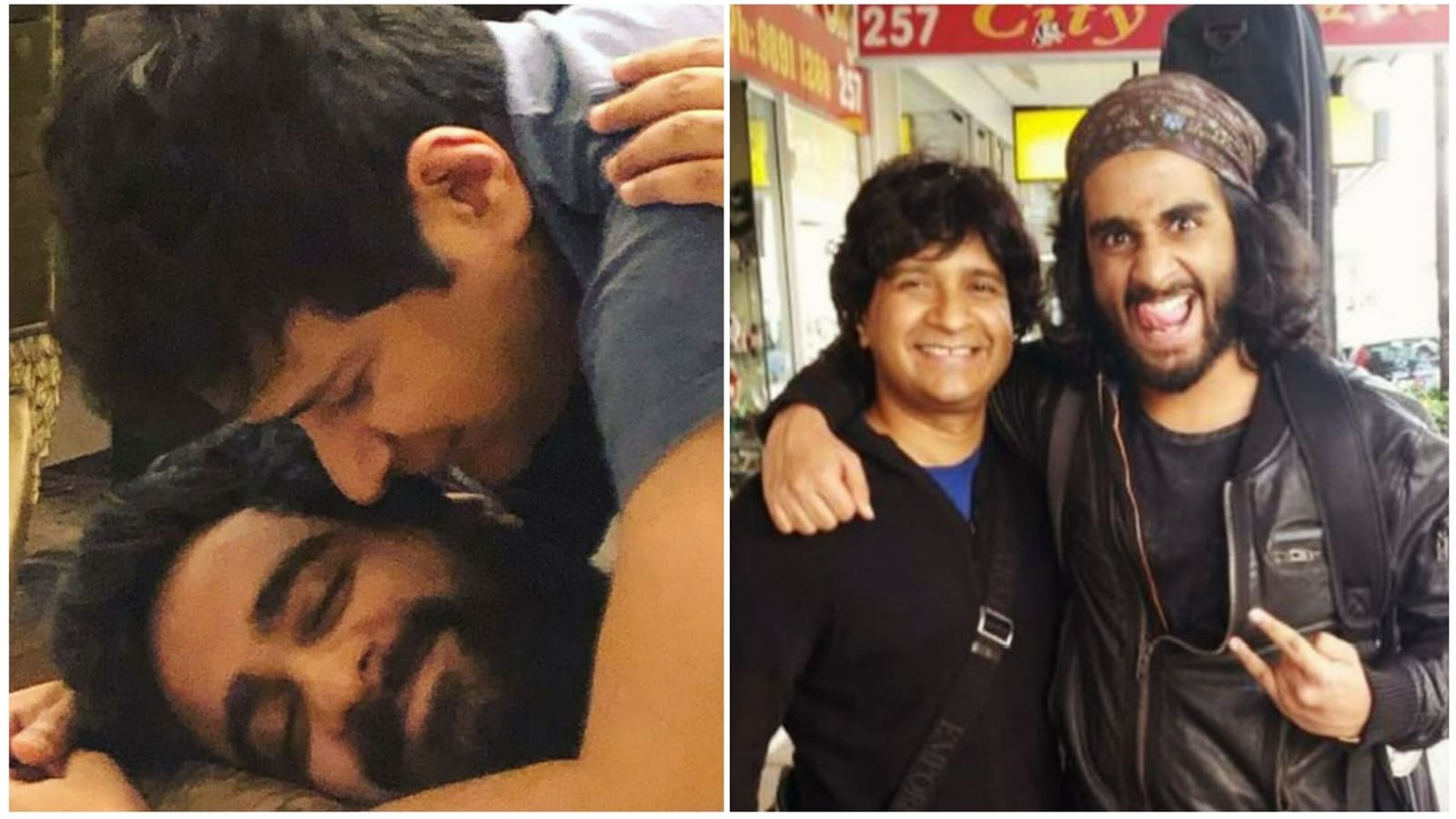 Late singer KK‘s son Nakul Krishna penned an emotional note for his father as he remembered all the time they spent together. KK died in Kolkata on May 31 after he fell ill while performing at a concert. Three weeks after his death, Nakul took to his Instagram account to remember the singer and said that he has been experiencing physical pain after losing him. Also Read| KK’s daughter Taamara shares long note, old pics with dad on Father’s Day: ‘Miss eating with you, holding your hand’

Sharing a series of pictures of them together, Nakul wrote, “Took me a while to come to terms with what happened 3 weeks ago. Even now the pain is physical, like I’m being choked, as though people are standing on my chest. I wanted to say something, share anything about my dad but I finally understood immobility in a state of shock. I finally comprehend true pain, I’ve only now realised the privilege you granted me, not the privilege of a comfortable life, I always knew I was blessed in that regard. The greatest privilege I ever had was the opportunity to witness you everyday.”

Nakul, who is a musician himself, added, “So many people just wanted to see you once, be in your presence once, a half embrace would have them trembling. And here we were, being showered and inundated with your love every moment. I got to see your perspective on everything; how you treated people, how passionate you were about everything you did, especially singing. How generously you loved. Only focusing on the positives, and completely disregarding the negatives.”

Nakul remembered that KK always treated him like an equal and adult, but simultaneously ‘protected’ and ‘shielded’ him. He also said that KK trusted him allowed him to be himself, heard him out, and kept an open mind to his opinions. He added, “People told me about their relationships with their fathers and I always found somethings to be strange. It took me very long to realise that our relationship was the outlier. You set the bar stupendously high, as a father, but more importantly as a friend. A fierce force of nature…mesmerising on stage and a magnanimous, selfless, cuddly cartoon at home constantly joking and playing around.”

Nakul called his father a ‘bright brief brilliance that burned too bright too quickly.’ He concluded, “That impossible line, where the waves conspire, where they return. The place maybe you and I will meet again.”

Nakul had also shared pictures of him and KK on the occasion of Father’s Day, noting that the singer exemplied the ‘very definition of a loving father.’ He noted that KK always prioritised his family. KK’s daughter Tamara had also penned an emotional message for the singer on Father’s Day, writing, “Me, Nakul and mumma are gonna work every day to make you proud and spread your energy, and we’re gonna be strong and take care of each other like you did.”