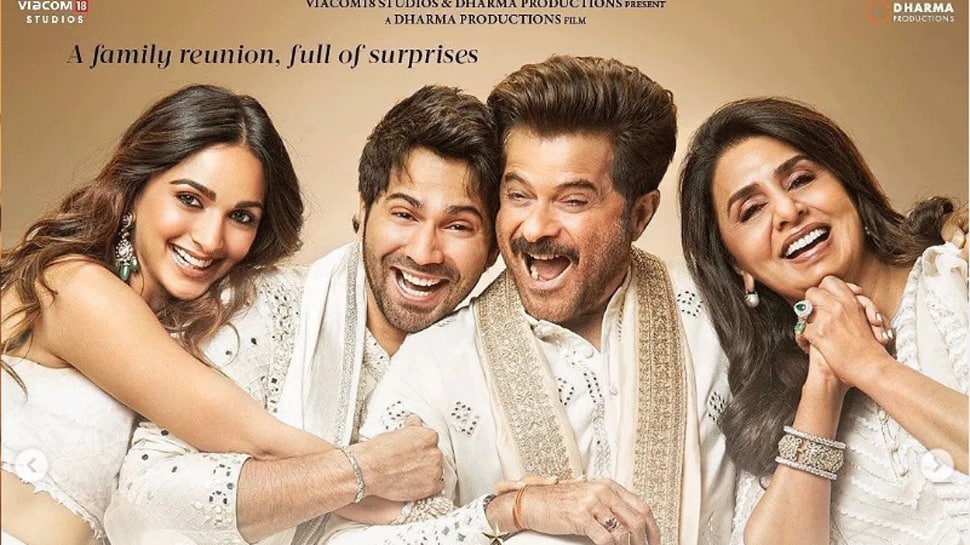 NEW DELHI: Karan Johar’s upcoming family-drama ‘Jug JuggJeeyo’ has been creating a lot of buzz much before its release. Now barely days before the film arriving in theatres, it landed in a controversy after a writer accused the production house of copying its story without his permission.

Taking to Twitter, Vishal shared screenshots, stating that he had mailed extracts of his script to the production house. He, however, claimed that the film has been made without his knowledge. According to an Etimes report, a commercial court in Ranchi has ordered the screening of ‘Jug Jugg Jeeyo’ ahead of its release on June 24.

‘Jug Jugg Jeeyo’ to be screened in Ranchi court before release

“Had registered a story.. #BunnyRani with @swaindiaorg in January 2020. I had officially mailed @DharmaMovies in February 2020 for an opportunity to co-produce with them. I even got a reply from them. And they have taken my story.. and made #JugJuggJeeyo. Not fair @karanjohar”, he wrote in a series of tweets. Dharma Productions is yet to address the claims.

An IndiaToday report claimed that judge MC Jha will proceed with the arguments after the film is screened and decide if the film violates the Copyright Act or not.

Meanwhile, the cast of the film has been travelling across the country  to promote their upcoming film. As per latest update, the lead actors were recently in the national capital when Varun Dhawan and Maniesh Paul gatecrashed a couple’s pre-wedding function in Delhi and blessed them saying ‘Jug Jugg Jeeyo’.

A day before, Varun, Kiara, Anil and Neetu were seen enjoying streetside treats and interacting with fans.

The star cast of the film includes Varun Dhawan, Anil Kapoor, Maniesh Paul, Neetu Kapoor, Kiara Advani and YouTuber Prajakta Koli. Neetu Kapoor makes her big-screen comeback with ‘Jug jugg Jeeyo’, her first project in seven years. This is for the first time Varun and Kiara are sharing the screen. The film has been produced by Karan Johar’s Dharma Productions and is directed by Raj Mehta. The film also marks the Bollywood debut of social media influencer-actor Prajakta Kohli.

‘Jug Jugg Jeeyo’  is also Neetu Kapoor’s comeback movie as she is all set to return to the big screen after 2013 released ‘Besharam’.