Kim Kardashian did not damage Marilyn Monroe’s iconic dress, says Ripley’s rep: ‘It was in the same condition’ 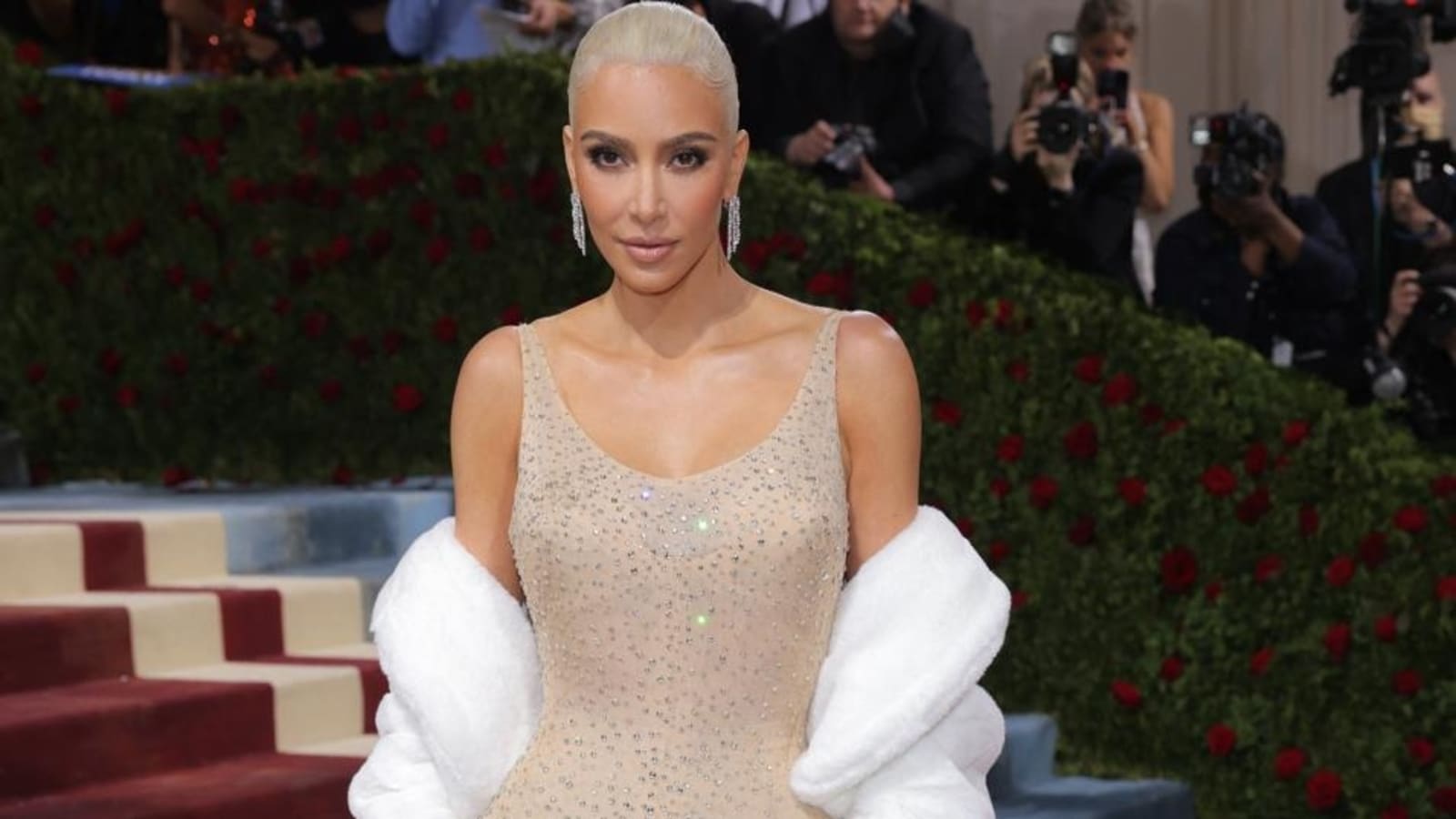 Kim Kardashian made headlines for wearing Marilyn Monroe’s iconic dress to the 2022 Met Gala in May. Earlier in June, reports said the reality TV personality had damaged the dress belonging to the late Hollywood actor. But, according to a new report, Kim did not cause any damage to the gown. Also Read: Kim Kardashian allegedly damaged Marilyn Monroe’s 60-year-old dress she borrowed for Met Gala appearance

After photos allegedly showing the dress before and after Kim Kardashian wore it were widely-shared on social media, a rep for Ripley’s ‘Believe It or Not!’, who bought the dress for $4.8 million in 2016, came to Kim’s defence, in an interview.

The representative told TMZ, “A report written on the dress’s condition in early 2017 states, ‘a number of the seams are pulled and worn. This is not surprising given how delicate the material is. There is puckering at the back by the hooks and eyes,’ among other instances of damage.”

The photo of the iconic dress claiming to be from ‘before’ was taken before Ripley’s acquired the dress, TMZ reported. The representative told the media outlet that since the purchase of the dress, Ripley’s has displayed it around the world; a process that has also put the dress at risk for potential damage.

Amanda Joiner, Ripley’s Vice President of Publishing and Licensing, who was with Kim and the dress for the entire day at the Met Gala, said, “From the bottom of the Met steps, where Kim got into the dress, to the top where it was returned, the dress was in the same condition it started in.”

The dress Kim wore was first worn by Marilyn, when she sang on President John F. Kennedy’s birthday in 1962. Kim said she lost 16 pounds (more than 7kg) to fit into the piece, after Ripley’s first refused to give permission.

Kim was also gifted with Marilyn’s hair. One of the reports accused her of damaging the dress, also stated that her hair was fake. This has also been debunked, as per TMZ.