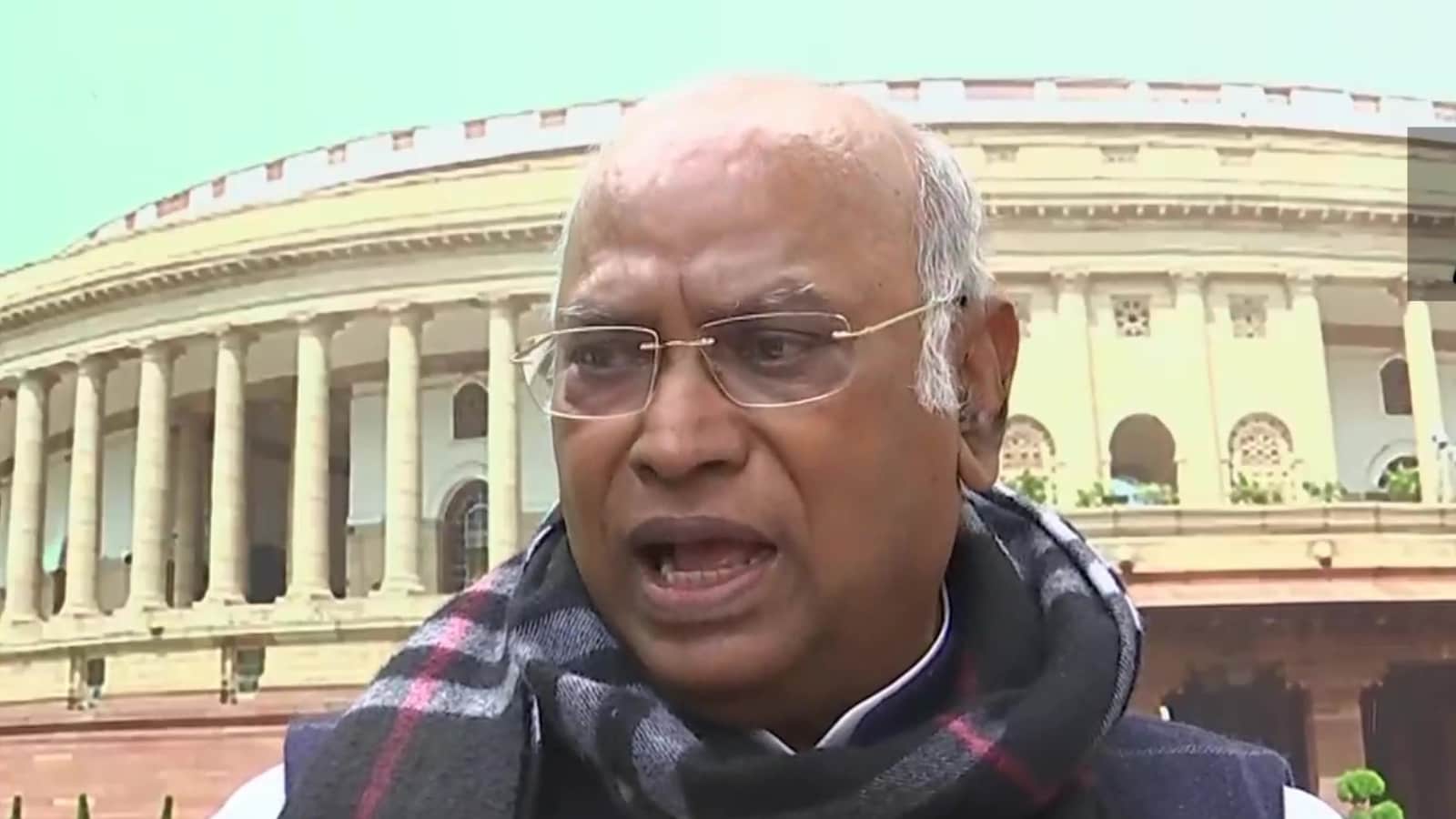 A day after the presidential poll schedule was announced, senior Congress leader and Leader of Opposition in Rajya Sabha Mallikarjun Kharge on Friday held consultations with West Bengal Chief minister Mamata Banerjee as well as leaders of the DMK, CPI, CPI-M and the AAP for putting up a joint opposition candidate. Sources said Kharge talked to Banerjee over phone and that the Trinamool Congress chief wanted the opposition to come up with a consensus candidate for the top post.

Kharge’s discussion with Banerjee came a day after Congress president Sonia Gandhi talked to the West Bengal chief minister as well as Tamil Nadu CM M K Stalin and Maharashtra CM Uddhav Thackeray, besides NCP leader Sharad Pawar and CPI-M leader Sitaram Yechury, asking them to organise a common meeting to discuss the issue of a joint presidential candidate, the sources said. Kharge spoke to Tiruchi Siva of the DMK, Sanjay Singh of the AAP, Elamaram Kareem of the CPI-M and Binoy Viswam of the CPI on Friday. He will also hold discussions with Shiv Sena chief Uddhav Thackeray in this regard later. He said he will be holding talks with other opposition leaders soon.

Sources said the opposition leaders would be meeting soon to discuss the issue and come out with a consensus candidate for the top constitutional post in the country. Kharge had on Thursday called on NCP chief Sharad Pawar in Mumbai and discussed with him the issue, after Sonia Gandhi asked him to hold talks with all like-minded parties on the possibility of fielding a common candidate for the presidential poll.

He said Pawar also supported the idea. Pawar indicated that the presidential poll issue may gain momentum after June 20, when polls to 10 seats of the Maharashtra Legislative Council will be held. “Our focus currently is on the elections to Rajya Sabha and Legislative Council,” Pawar told reporters.

Kharge said he will also meet Thackeray to discuss the issue. “We will fix a meeting to discuss the possibility of fielding a common candidate,” he added.

Election for the next President of India will be held on July 18 in which 4,809 electors comprising MPs and MLAs will vote to elect incumbent Ram Nath Kovind’s successor, the Election Commission announced on Thursday. Kovind’s term ends on July 24. Going by its strength in Lok Sabha and Rajya Sabha, as well as in many state assemblies, the BJP is in a comfortable position to ensure the victory of the candidate nominated by it in the upcoming election.