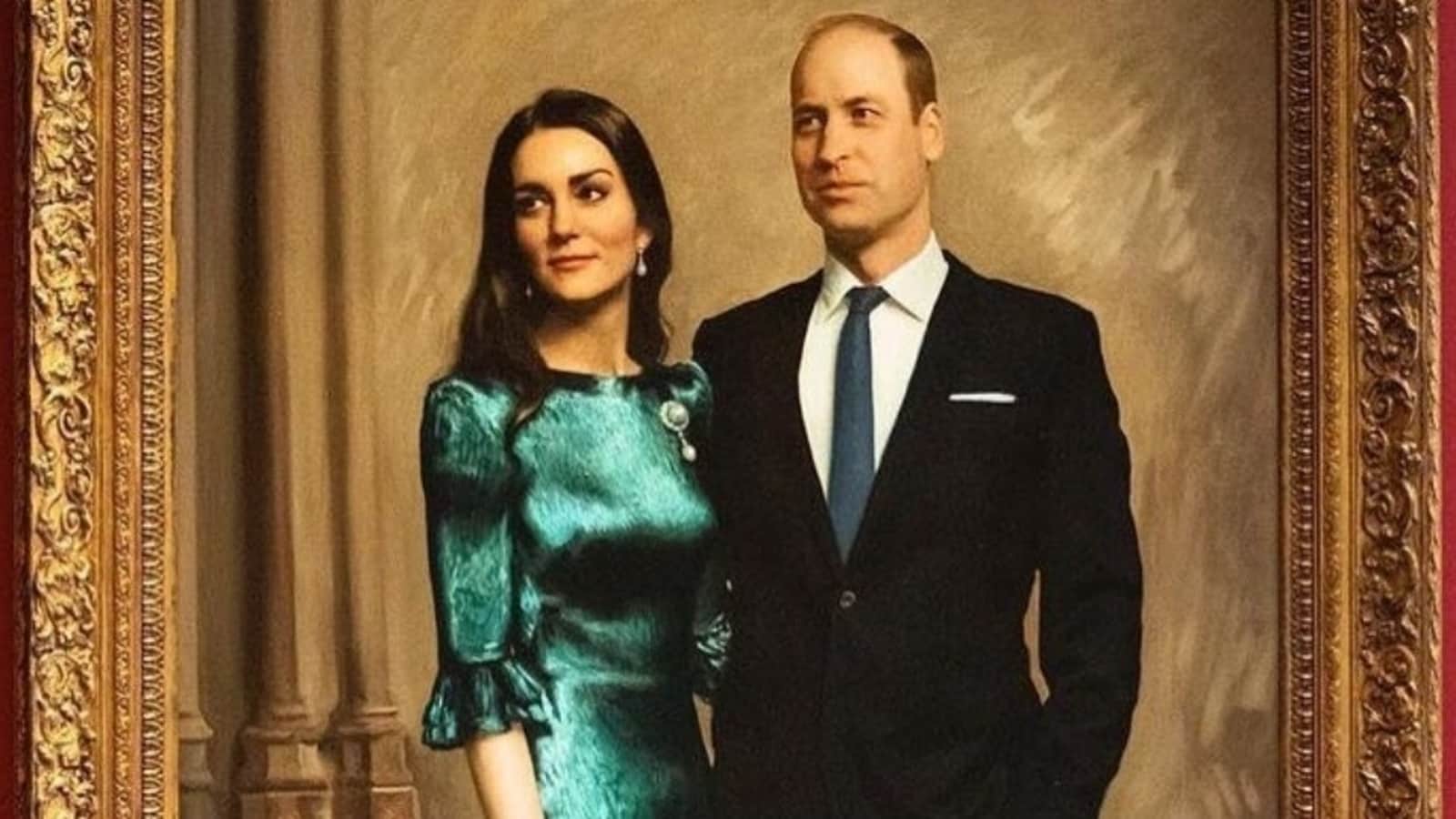 The Duke and Duchess of Cambridge have been depicted together for the first time ever in a painting by the award-winning British portrait artist Jamie Coreth. It marks Kate Middleton and Prince William’s first official portrait. The artwork is currently on display at the University of Cambridge’s Fitzwilliam Museum in Prince William and Kate Middleton‘s namesake region, Cambridge. The Royal couple even visited Cambridge on Thursday, making them the first visitors to see the history-making painting.

The recently-unveiled portrait shows Kate in a familiar green dress from Vampire’s Wife and William standing by her side in a blue suit. The Duchess followed her long sartorial tradition of repeating clothes for this official portrait as she chose the dress she wore during the couple’s March 2022 trip to Dublin. She also paid a sweet tribute to the late Princess Diana and Queen Elizabeth with her jewellery. Scroll ahead to see the portrait and read the details of Kate’s homage. (Also Read: Kate Middleton pays tribute to Queen, Princess Diana and Prince William in 40th birthday pics)

Kate wore Collingwood pearl drop earrings and a triple strand pearl bracelet in the official portrait – which belonged to the late Princess Diana, Prince William and Harry’s mom. In a tribute to the Queen, Kate wore her pearl pendant brooch. The Queen wore the accessory throughout her reign, including events for her Silver Jubilee. Before Queen Elizabeth, the jewellery belonged to Princess Augusta, Queen Mary’s grandmother, who passed it to Queen Mary and then to Queen Elizabeth.

Coming to the details of Kate’s Vampire’s Wife Falconetti dress, the ensemble comes in an emerald green shade. The outfit also features three-fourth sleeves, midi length hem, ruffled additions, cinched waistline and a round neckline. She rounded off the portrait look with a pair of Manolo Blahnik’s classic Hangisi heels in an emerald shade.

Commissioned by the Cambridgeshire Royal Portrait Fund, the painting will be displayed at Fitzwilliam Museum in Cambridge for three years. Then the artwork will be exhibited in other community spaces and galleries around Cambridgeshire and loaned to National Portrait Gallery in 2023 to mark the Gallery’s reopening.