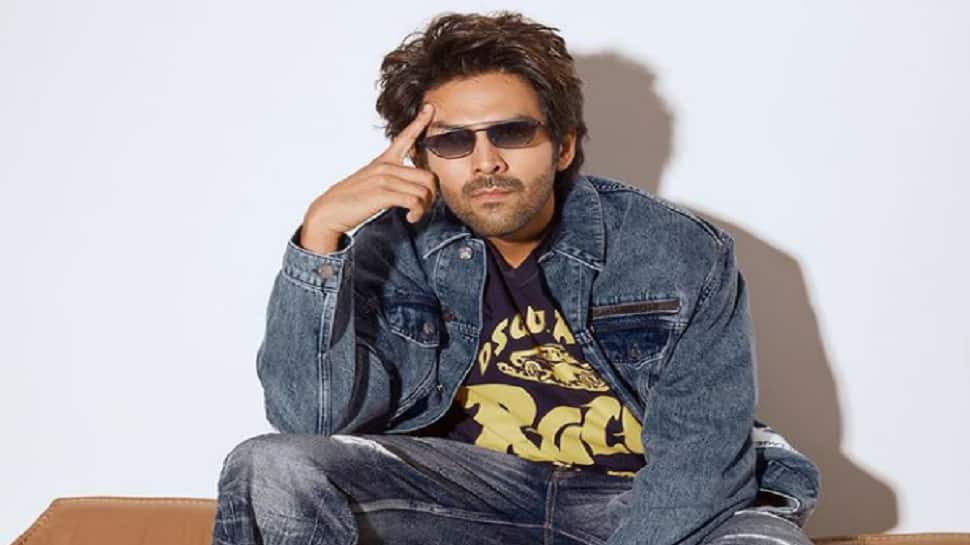 New Delhi: Bollywood actor Kartik Aaryan, on Sunday, shared an action-packed picture from the sets of his upcoming action entertainer film `Shehzada` with a quirky caption.

Taking to his Instagram handle, the `Love Aaj Kal 2` treated fans with a new picture.

Sharing the post, he wrote, “Insomniac like me slept for Ten hrs after the Epic Climaxthat we shot for #Shehzada filled with Action which I have done for the first time one of the most difficult, hectic and again a new zone for me. Just can`t wait for you guys to see it. #10thFeb2023 Meri sabse Commercial picture aa rahi hai.”

In the picture, Kartik`s face could be seen hidden with `Shehzada` clapboard. He is seen in an action avatar.

He has done romantic films like the `Pyaar Ka Punchnama` franchise, `Sonu Ke Titu Ki Sweety`, and `Pati Patni Aur Woh`, now he will be essaying in a new action zone in his upcoming movie.

He is currently flying high on the success of his recently released film `Bhool Bhulaiyaa 2` which collected over Rs 200 crore at the box office worldwide.

Apart from `Shehzada`, he also has Sajid Nadiadwala`s `Satya Prem Ki Katha,` alongside Kiara Advani for the second time. It marks Kartik`s first collaboration with Nadiadwala. `The movie is touted to be an epic love story that will bring Kartik in the lead after his romantic movies.

Kartik will also be seen in `Freddy` opposite Alaya F. Produced by Ekta Kapoor, the film is touted to be a romantic thriller. He also has Hansal Mehta`s `Captain India` in his kitty. Bankrolled by Ronnie Screwvala and Harman Baweja, the film revolves around India`s most successful rescue operations from a war-torn country.

‘Hope ﻿audiences love how Harrdy and I look together…’: Parineeti Chopra on her fresh pairing in Code Name Tiranga