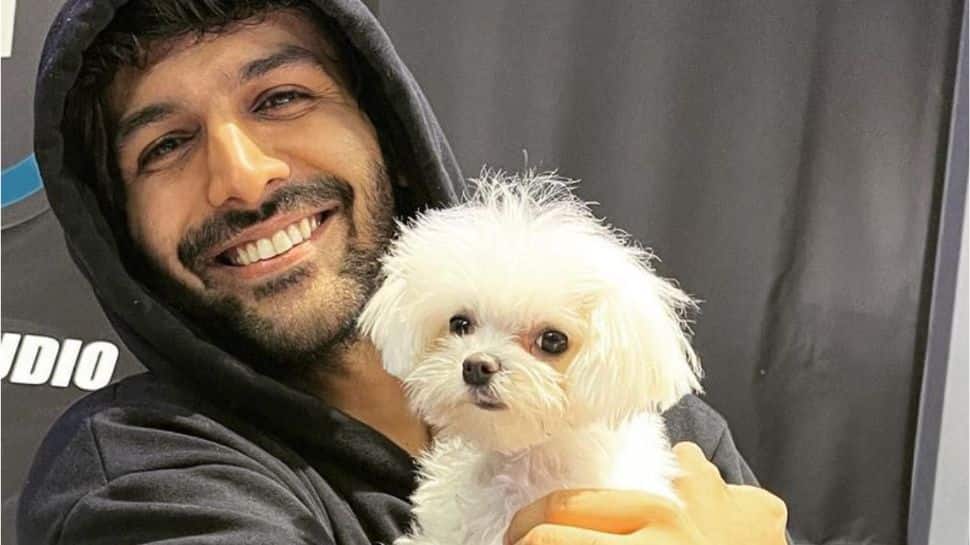 NEW DELHI: Actor Kartik Aaryan, who is currently busy basking in the glory of ‘Bhool Bhulaiyya 2’s massive success, has been the talk of the tinsel town for quite some time now.

The actor enjoys a massive fan following and every now and then, he makes sure to give his fans a sneak peek of his personal life on social media.

Recently, Kartik uploaded a carousel of adorable pictures with his pet dog Katori. Referring to the little ball of fur as his pillow, Kartik captioned the post “Sundaying with my pillow”.

Another user wrote, “Two cuties in a frame”.

Meanwhile, Kartik has a few interesting projects in his kitty. He will next be seen in ‘Shehzada’ opposite Kriti Sanon. The film is said to be a remake of Allu Arjun’s hit movie ‘Ala Vaikuntapurramuloo’ and has been produced by Bhushan Kumar, Aman Gill and Allu Aravind.

Apart from ‘Shehzada’, Kartik will also be seen in ‘Freddy’ opposite Alaya F and in Hansal Mehta’s Captain India.