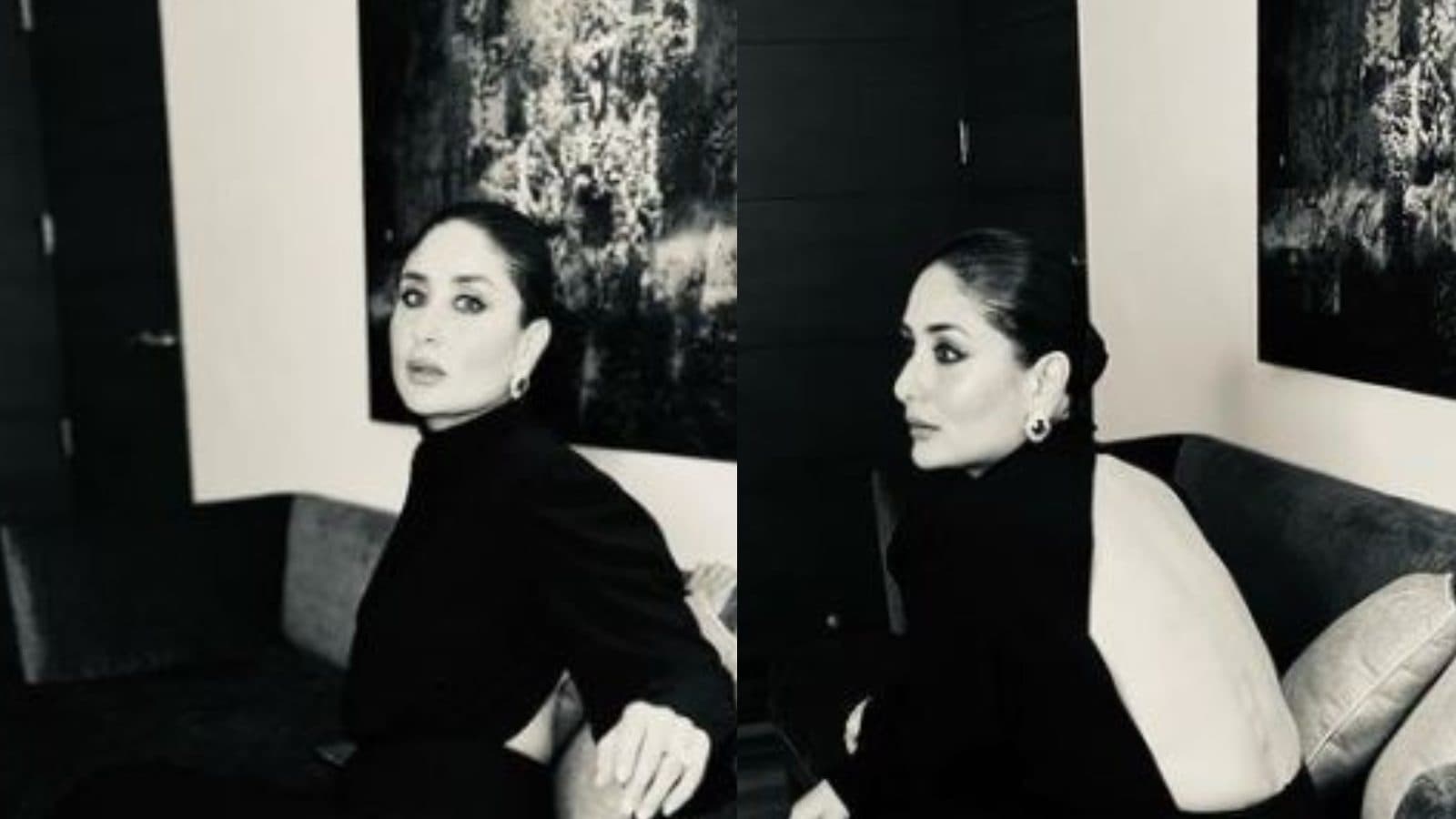 Kareena Kapoor Khan took to her official Instagram handle to drop yet another photo where she looks absolutely breathless.

Kareena Kapoor Khan is the ultimate fashionista of Bollywood! A glimpse at the actress’ social media timeline provides enough proof of why she is considered a diva in tinsel town. On Sunday evening, Bebo took to her official Instagram handle to drop yet another photo where she looks absolutely breathless. In the picture, the actress can be seen dressed in a backless black dress and posing on a couch. The monochromatic photos see her looking gorgeous. Sharing the post, she wrote, “MOOD TONIGHT🖤”

Kareena Kapoor recently teased a new project. Earlier this week, the actress shared a video where she can be seen making a powerful ‘Landing’ in a room. The screen then turns to black with the words, “Landing Soon. 27.01.2023″ written on it. Sharing the video, she wrote, “It’s not such a big secret… all you have to do is ask nicely⚡️Landing on 27.01.2023 – Stay Tuned 💁🏻‍♀️Any guesses??? 😉”

On the work front, Kareena Kapoor Khan was last seen in the film Laal Singh Chaddha with Aamir Khan. The film was the official Hindi remake of the Hollywood film Forrest Gump. Next, she will be seen in director Hansal Mehta’s yet-to-be-titled film. The shooting of the film is already complete and it is in the post-production stage now. The actress was in London last year for a couple of weeks to shoot for the project. However, the makers are yet to confirm the release date. While little is known about the film’s plot, the coming together of Mehta and Kareena has been the excitement of fans.