Kamal Nath, who couldn’t save his own govt, sent to Maharashtra: MP CM’s dig 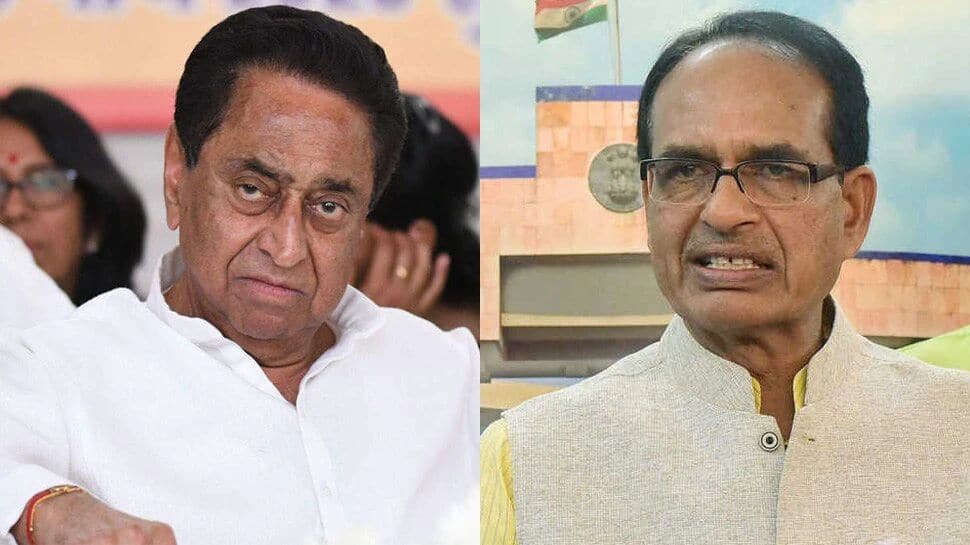 New Delhi: Taking a jibe at his political opponent Kamal Nath who has been appointed as All India Congress Committee (AICC) observer as a political crisis unfolds in Maharashtra, Madhya Pradesh Chief Minister Shivraj Singh Chouhan on Wednesday (June 22) asked how will he save the Maha Vikas Aghadi (MVA) government when he could not save his own in MP. Claiming Congress is counting its “last moments”, Chouhan said, “Kamal Nath (MP Congress chief and former MP CM) has gone to Maharashtra… how will someone who couldn`t save his own govt in Madhya Pradesh, save the Maharashtra government?… Congress is counting its last moments.” The MP CM made the remarks while addressing a public rally in Ujjain.

The Congress on Tuesday had appointed senior leader and former MP CM Kamal Nath as an AICC observer in Maharashtra in the wake of the ongoing political turmoil. On Wednesday, Kamal Nath met NCP president Sharad Pawar in Mumbai and held a phone call with Maharashtra CM Uddhav Thackeray. After meeting Nath at Yashwantrao Chavan Centre, Pawar tweeted they talked about the “forthcoming Presidential elections and various other issues”.

#WATCH | …Kamal Nath (MP Congress chief & former MP CM) has gone to Maharashtra… how will someone who couldn’t save his own govt in Madhya Pradesh, save the Maharashtra govt?… Congress is counting its last moments: Madhya Pradesh CM Shivraj Singh Chouhan, in Ujjain (22.06) pic.twitter.com/7Aw86xAd32
— ANI MP/CG/Rajasthan (@ANI_MP_CG_RJ) June 22, 2022

The Congress, with 44 MLAs in the Maharashtra Assembly, is in power along with Shiv Sena and NCP in the state.

Shiv Sena MLA Eknath Shinde went “incommunicado” on Tuesday morning, following a suspected cross-voting in Maharashtra Legislative Council (MLC) polls a day earlier. He was found camping at a hotel on Dumas road along with over 30 rebel MLAs in Surat city after their arrival on Monday night. Shinde flew to Guwahati in Assam from Surat early Wednesday morning along with the other rebel MLAs. The four-time MLA has demanded Shiv Sena tie-up with former ally BJP.

As the threat to his government increased, Uddhav Thackeray on Wednesday night vacated the official CM residence. The move came after he reached out to Shiv Sena dissidents and offered to quit. However, rebel leader and state cabinet minister Eknath Shinde stayed firm on his demand that Shiv Sena should walk out of “unnatural” ruling alliance MVA and claimed support of “enough number” of MLAs. The CM moved out of ‘Varsha’, his official residence in south Mumbai, and shifted to Matoshri, the private bungalow of the Thackeray family in suburban Bandra. Notably, Shiv Sena has maintained that Uddhav Thackeray will not resign in the wake of the political crisis.