‘Kamal Nath sent to Maharashtra… couldn’t save his own govt…’: Shivraj Chouhan 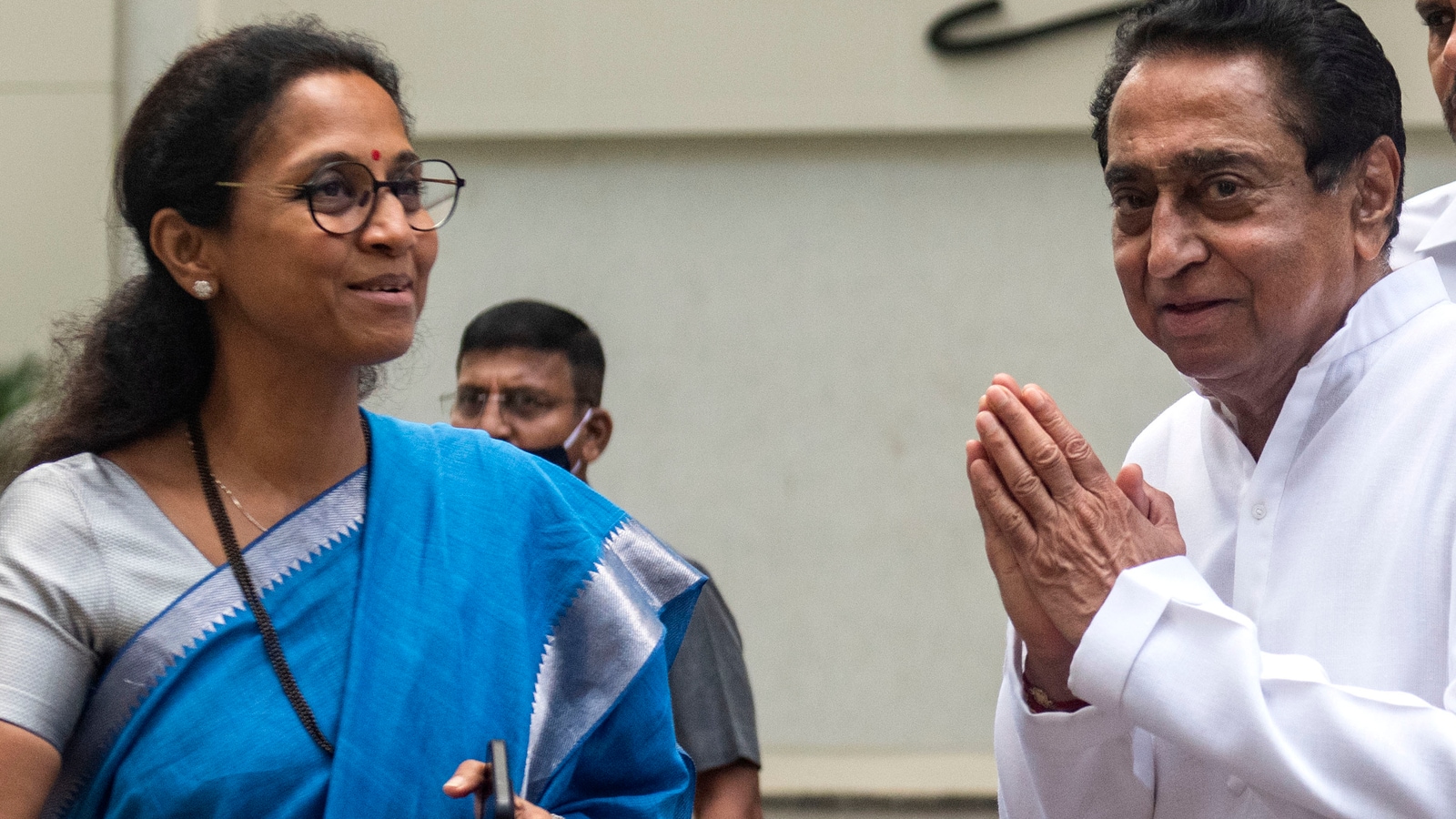 Madhya Pradesh chief minister Shivraj Chouhan on Wednesday mocked his predecessor, Kamal Nath, over his visit to the state of Maharashtra as the ruling coalition works to deal with the rebellion by top minister Eknath Shinde. Shinde, who is in Assam’s Guwahati, says he has the support of over 40 MLAs.

On stage, at an event, the BJP leader is heard speaking about the fall of the Kamal Nath government two years ago. “He has left for Maharashtra… Why has he been sent to the state? ‘Save the government’,” Chouhan tells the crowd with animated gestures.

“The one who could not save his own government… How will he save the Maharashtra government? Can Congress do any good for you? The party is counting its last breaths and its top leader (Rahul Gandhi) is busy with visits to the Enforcement Directorate offices,” Chouhan says on stage.

In 2020, the Kamal Nath-led Congress government collapsed after over 20 MLAs followed Jyotiraditya Scindia as he joined the BJP. Nath resigned before the floor test was ordered and in the weeks that followed Chouhan was made the chief minister. Nath was sent by the Congress to Maharashtra this week as the observer amid the crisis.

#WATCH | …Kamal Nath (MP Congress chief & former MP CM) has gone to Maharashtra… how will someone who couldn’t save his own govt in Madhya Pradesh, save the Maharashtra govt?… Congress is counting its last moments: Madhya Pradesh CM Shivraj Singh Chouhan, in Ujjain (22.06) pic.twitter.com/7Aw86xAd32

Earlier this week, as the Maharashtra crisis unfolded, Sanjay Raut had made a reference to Madhya Pradesh when hitting out at the BJP. “This is not Madhya Pradesh… this is Maharashtra,” Raut, the Shiv Sena troubleshooter, told reporters, assuring that the party had it under control.

The Congress is one of the alliance partners in Maharashtra and Kamal Nath was sent by top leadership on Tuesday to the state. On Wednesday, he was scheduled to meet Uddhav Thackeray but by afternoon, he said that Thackeray had tested positive for Covid.

The Maharashtra chief minister on Wednesday said he was ready to quit if asked in a dare to MLAs. He has moved from the official residence to the family home – ‘Matoshree’.