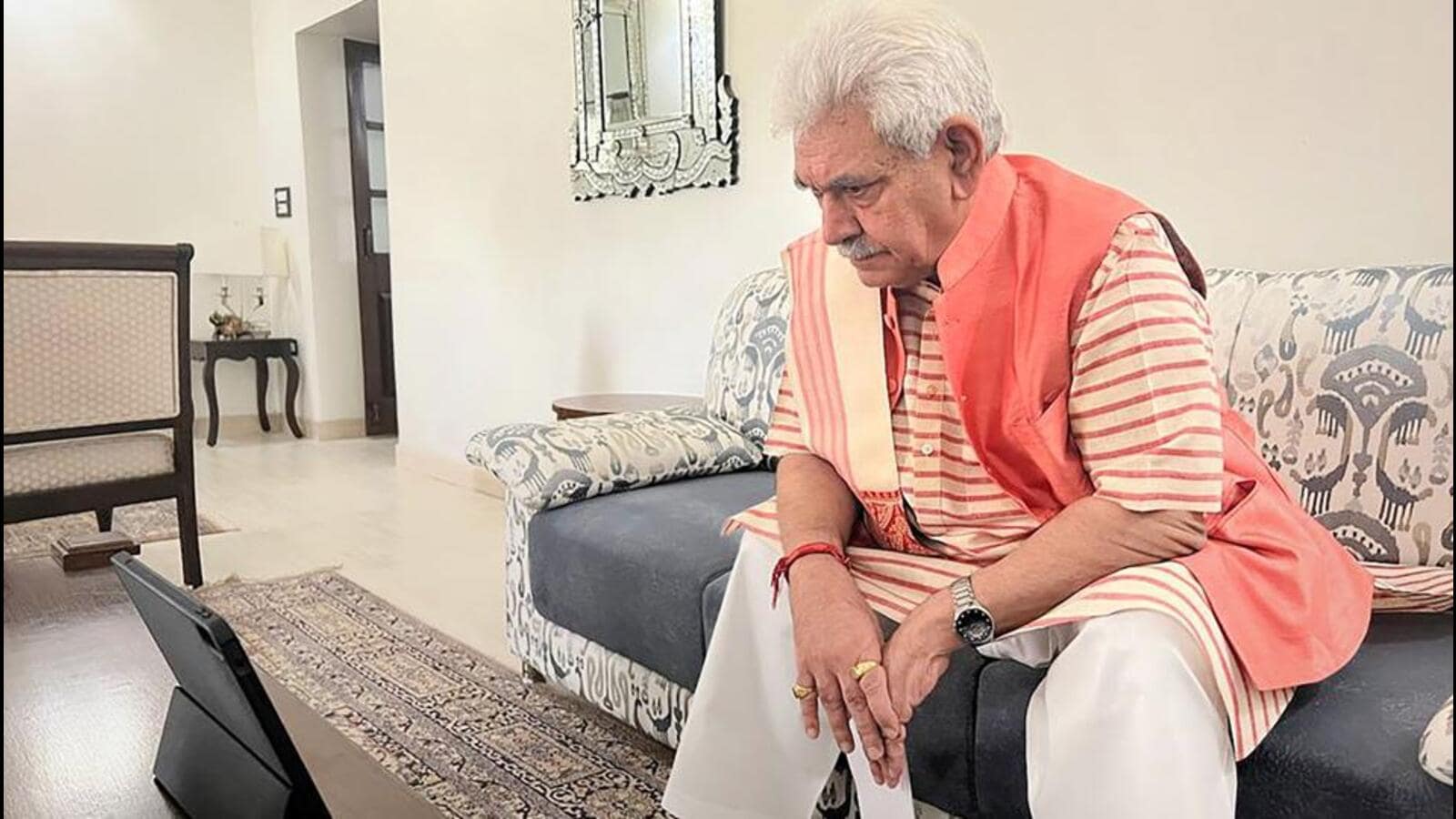 With barely six days to go for the annual Amarnath Yatra, Jammu and Kashmir Lieutenant Governor Manoj Sinha on Thursday reviewed the security arrangements and preparations for the pilgrimage at a unified command meeting in Srinagar.

The meeting was attended by the chief secretary and senior security officers from the home department, J&K Police, Indian Army, intelligence agencies, CRPF, and BSF.

The officers informed the L-G about the overall security situation while detailed discussions were held on arrangements related to the Yatra.

The 43-day-long pilgrimage, being held after a gap of two years, is scheduled to commence on June 30, and will conclude by August 11 on the occasion of Raksha Bandhan.

According to sources in the home department, the Centre has deployed 15,000 security personnel for the pilgrimage. Besides that, the government has also deployed around 400 paramilitary companies.

While army commandos will guard the cave shrine, the CRPF, BSF, ITBP, SSB and Jammu and Kashmir Police personnel, along with SDRF and NDRF, will also be stationed at strategic points of the pilgrimage.

“The L-G expressed satisfaction over the arrangements put in place by Shri Amarnathji Shrine Board (SASB) and other departments for the smooth and peaceful conduct of annual Yatra,” officials said.

“The government is committed to provide the best facilities for Yatris. Improvements have been made to the arrangements as compared to previous years. All necessary facilities, including traffic management, health, communication, water sanitation are in place. We are aware about the high-altitude related issues and adequate number of oxygen cylinders, medical beds, emergency responders, doctors and nursing staff has been deployed to deal with any emergency situation,” the L-G said.

Meanwhile, hundreds of seers from across the country have started arriving in Jammu to visit the shrine. They are being lodged in various temples and rest houses by the temple administration.