Jason Schwartzman to Voice Spider-Man: Across the Spider-Verse Villain 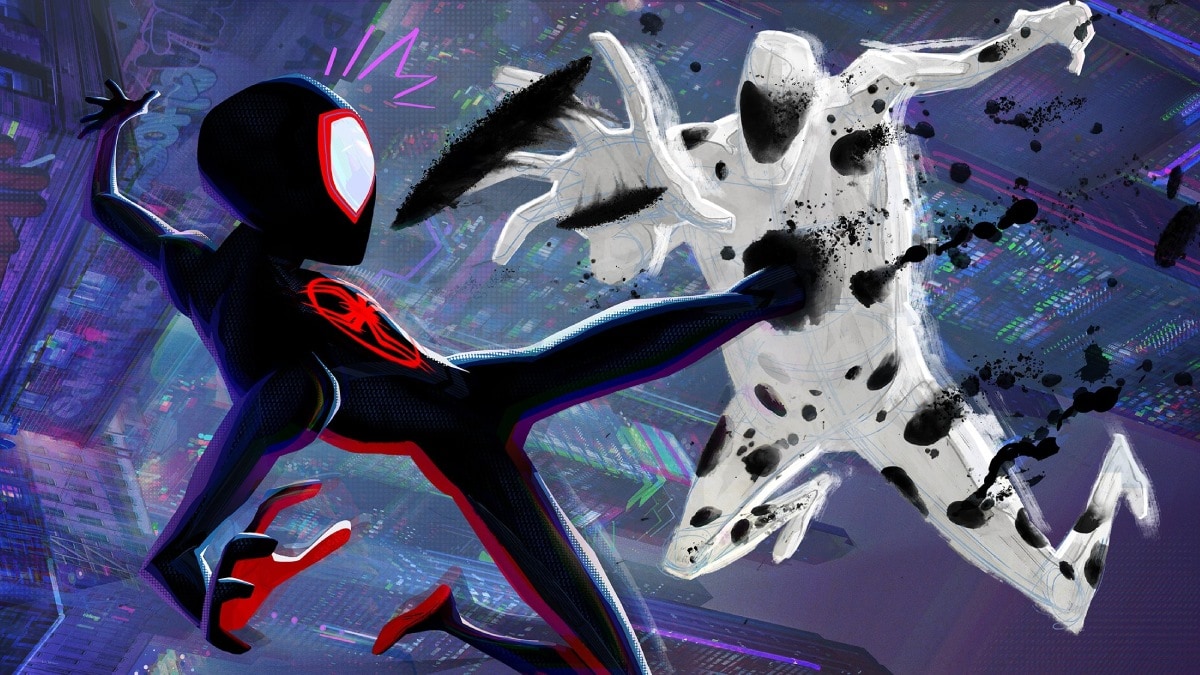 Jason Schwartzman will voice the new villain The Spot on Spider-Man: Across the Spider-Verse, it has been revealed.

The directors of Spider-Man: Across the Spider-Verse Joaquim Dos Santos, Kemp Powers, and Justin K. Thompson have lifted the veil on the film’s big bad villain.

Meet The Spot, Miles Morales’s most formidable foe yet. ???? Voiced by Jason Schwartzman, see him in action in Spider-Man: Across the #SpiderVerse, exclusively in movie theaters June 2, 2023. pic.twitter.com/1aAmMjMcpX

The movie’s villain, who was unveiled during an Annecy presentation that saw 15 minutes of work-in-progress footage screen for the first time before a public audience, will be an enigmatic antagonist known as The Spot.

“For those who are not hardcore cannon nerds, The Spot is one of the deepest cuts in Spider-Man’s rogue gallery. But he has a super-power that really excited our entire team: His entire body is covered in little interdimensional portals that can send him anywhere he wants to go,” said co-director Kemp.

Voiced by Schwartzman, the villain will use those portals as weapons against returning webslingers Miles Morales (Shameik Moore) and Gwen Stacy (Hailee Steinfeld), while bringing new heroes from across the Spider-Verse like Spider-Man 2099 (Oscar Isaac) and Jessica Drew (Issa Rae) into the fray.

As the filmmakers explained, the villain will feature a character design meant to call to mind an unfinished sketch, featuring blue construction lines that evoke a comic book artist’s rough drawing before the work goes to an inker.

The design itself will evolve over the course of the film as the character changes and grows, taking on a more fearsome shape as he learns to better apply his own powers.

“We thought it would be really cool if the portals felt like living ink that had spilled or splattered on the comic artist’s drawing. His very simple power provided endless exciting challenges and permutations for our team,” Kemp told the rapt and cheering crowd before screening test animation footage.

Spider-Man: Across the Spider-Verse is out June 2, 2023 in cinemas worldwide.