Janhvi Kapoor is an apsara in white-gold saree for viral photoshoot, rumoured boyfriend Shikhar Pahariya is in love 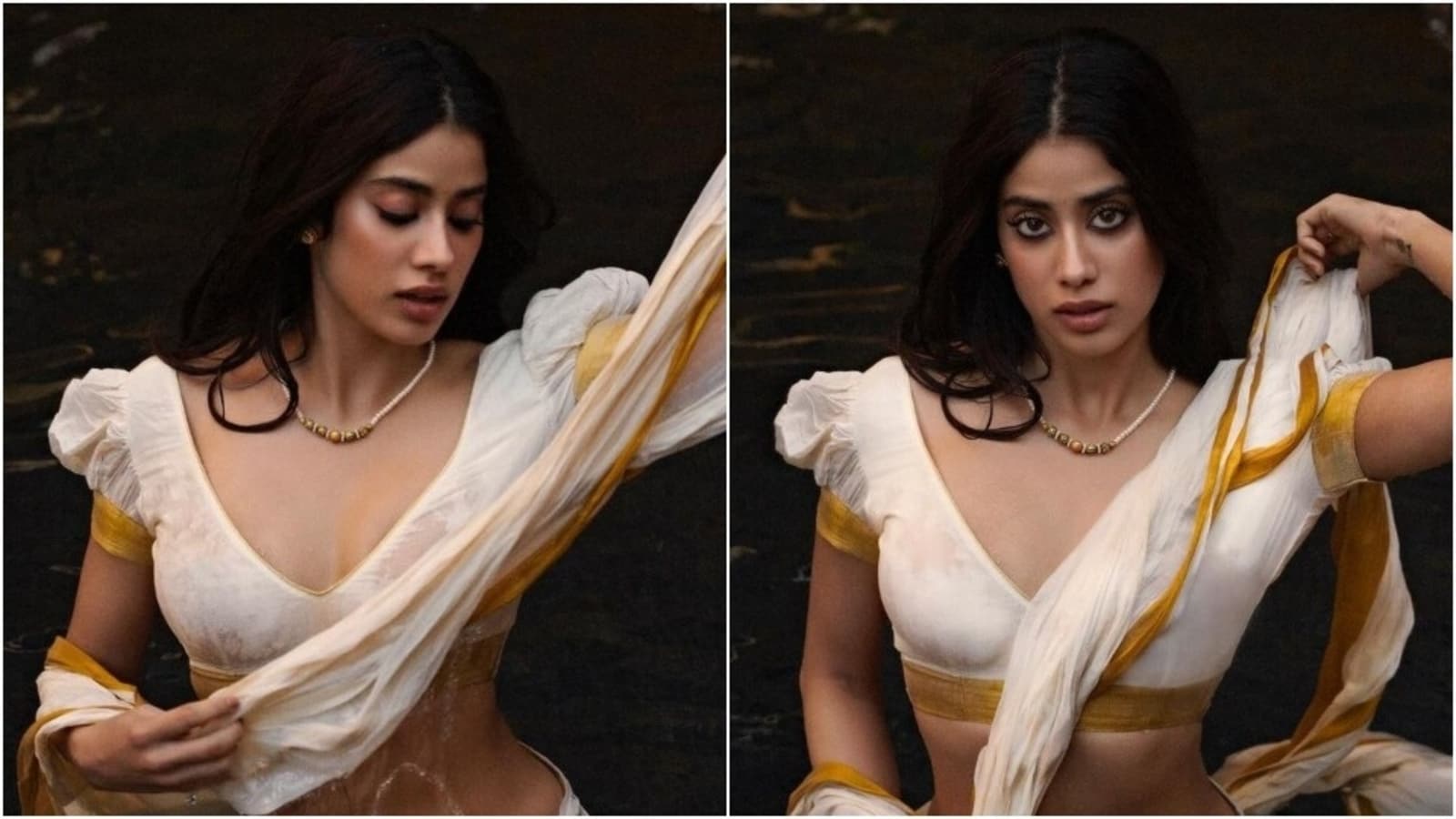 Actor Janhvi Kapoor is known for breaking the internet with her jaw-dropping photoshoots on Instagram, displaying her sartorial prowess. Last evening, the star did the same after she dropped pictures from a new shoot in which she looked nothing short of an apsara. She wore a white and gold traditional saree and a stylish blouse for the clicks. The post garnered several likes from her fans and followers on social media, including her rumoured boyfriend, Shikhar Pahariya. (Also Read | Janhvi Kapoor serves glamour in hottest sequinned scarf top and modern lehenga set for new photoshoot. Watch)

Janhvi Kapoor is an apsara for a new photoshoot

On Saturday, Janhvi Kapoor shared pictures from the latest photoshoot on Instagram with a dove emoticon. The post shows Janhvi dressed in the traditional white and gold saree while standing in water and serving sultry poses for the camera. She styled the ensemble with minimal accessories and bold eye makeup. Celebrity stylist Manisha Melwani and makeup artist Savleen Kaur Manchanda glammed up Janhvi for the viral pictures. Keep reading as we give you a download on her stunning look.

Regarding the design elements, Janhvi Kapoor’s saree comes in a white hue adorned with broad gold borders. The star wore the six yards traditionally, letting the drape fall on the shoulders in pleated style to flaunt her enviable frame. Lastly, a matching white-gold blouse with a plunging V neckline accentuating her décolletage, puffed half-length sleeve, cropped midriff-baring hem and a fitted bust completed the ensemble.

Janhvi glammed up the sultry photoshoot by opting for statement-making makeup, including bold kohl-lined eyes, subtle eye shadow, heavy mascara on the lashes, darkened brows, nude lip shade, blushed cheeks, minimal base and lightly contoured face. In the end, Janhvi chose a beaded necklace, dainty earrings and centre-parted open wavy locks to round it all off.

Valentine’s Week 2023 Full List: Important Dates Schedule Full List and All You Need to Know about the Days of Love