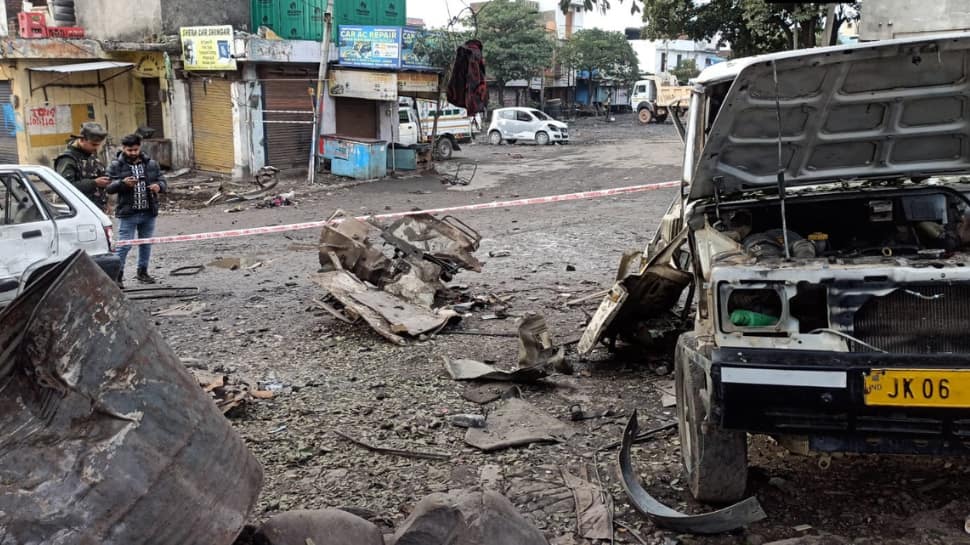 Narwal (J&K): Nine people got injured in the twin blast, that took place in Jammu`s industrial area- Narwal– on Saturday morning, officials said. “Nine people have been injured and all of them are being monitored and needed medical interventions are been done,” Government Medical College and Hospital Authorities said. Senior officials of the Army and Security Impact Analysis (SIA) teams also reached the site of the incident. Earlier in the day, additional director general of police (ADGP) Jammu Zone Mukesh Singh said that twin blasts occurred in the Narwal area of Jammu. This comes at a time when Rahul Gandhi is in the Union Territory for Bharat Jodo Yatra.”We have the information of two blasts and we are investigating the matter. Any further revelations would be shared,” said Shakti Pathak, DIG Jammu on the site.

Meanwhile, the area has been cordoned off and security has been enhanced. Vehicles are also being checked as part of a search operation.The Forensics team collected samples from Narwal in Jammu as a part of their investigation.

“2 weeks before yatra began, I met Jammu and Kashmir LG and all our leaders in UT are in constant touch with the security personnel. It is their responsibility to take care of such incidents. Bharat Jodo yatra will continue no matter what,” said KC Venugopal, Cong General Secretary on the blasts.

The Lieutenant Governor, Manoj Sinha also strongly condemned the blasts that have taken place in the Narwal area this morning. Senior police officials briefed the Lt Governor about the blast and on the state of the investigation. He called for urgent steps to identify and take action against those responsible.

“Such dastardly acts highlight the desperation and cowardice of those responsible. Take immediate and firm action. No efforts should be spared to bring the perpetrators to justice,” the Lt Governor told the security officials. LG Manoj Sinha also announced a relief of Rs 50,000 to those injured in the incident. The Lt Governor said that the administration would ensure the best possible treatment and extend every help required by the families.

Sheralli, an eyewitness of the blast, while narrating the harrowing incident said, “We were sitting inside a shop at that time of the blast. The car blew up and parts of it fell near the shop. A person was hit by one of those parts. The other blast took place half an hour later at some distance. Initially, people thought that it was a gas blast in the car but it sounded bigger than that. It was an SUV car and the mechanics were repairing it. “People are in panic now,” she added.