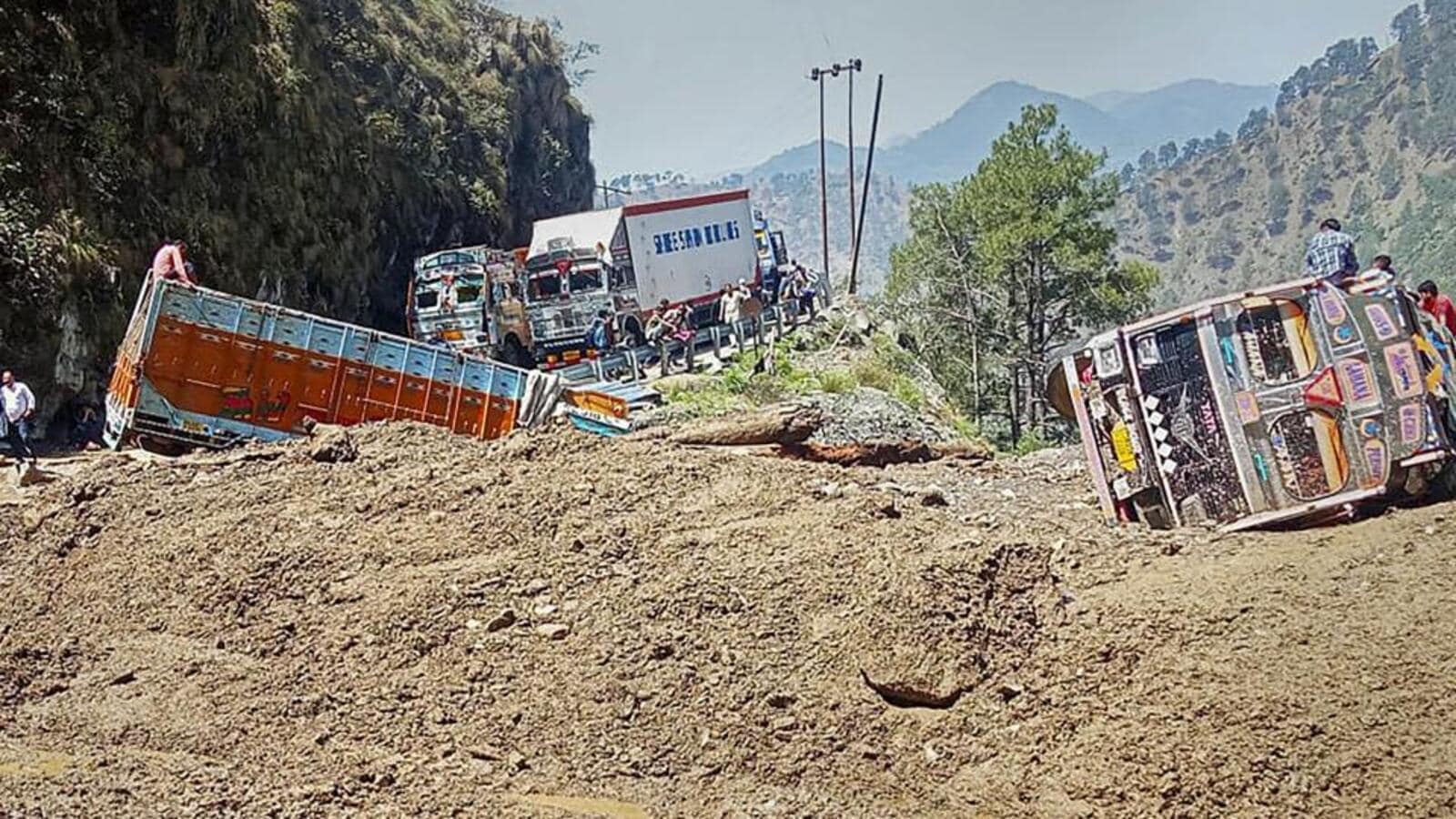 The 270 km-long Jammu-Srinagar national highway, the only all-weather surface link that connects Kashmir with the outside world, remained closed for the third consecutive day on Thursday due to landslides triggered by heavy rains in the area.

Heavy rains for the past two days triggered landslides at nearly three dozen places on the highway in Ramban and Udhampur districts.

“Restoration work and debris clearance operations are on in Udhampur and Ramban districts but it will take time to restore the highway and allow traffic movement,” said a Traffic police officer.

He said that work on war-footing was on in Samroli area where a hill collapsed on Wednesday washing away around 350 meters of the highway.

“Three JCB machines, stone breakers and excavators are working round the clock. On Thursday, the agencies concerned had to conduct controlled blasting to blast big boulders. Given the circumstances, the highway will not be restored by this evening and we may have to wait for one more day,” he added.

However, the traffic police on Thursday cleared over 600 Kashmir-bound stranded vehicles after road clearance operations picked up momentum following improvement in weather conditions.

Efforts are on to clear the remaining 1,400 stranded vehicles on the highway that has been shut since Tuesday.

Senior superintendent of police, traffic, national highway, Shabir Ahmad Malik said, “over 600 stranded trucks and passenger vehicles between Panthiyal and Banihal were cleared and they reached their destinations in Kashmir while efforts are on to clear the remaining 1,400 vehicles”.

“The road clearance operation is going on at a war-footing at remaining six locations including Dewal bridge near Samroli in Udhampur district and Kela Morh, Sita Ram Passi Marog and Battery Cheshma in Ramban district,” Malik said.

Ramban deputy commissioner, Mussarat Islam, said 25 out of 30 landslides and mudslides on the highway have been cleared.

He, however, said that once the highway was restored, the stranded vehicles will be given priority to reach their respective destinations before allowing fresh traffic.

The Mughal road, another link connecting the twin Poonch-Rajouri districts of Jammu region with South Kashmir’s Shopian district, was also cleared for traffic after remaining closed for two days owing to landslides triggered by heavy rains.

The meteorological department has forecast fair to partly cloudy weather on Thursday evening.

“A brief spell of light to moderate rain and thunderstorm can’t be ruled out at isolated places. Overall, there’s no forecast of any major rainfall activity till the end of June,” said an official.