Jagan leaves no room for dissent within YSRC 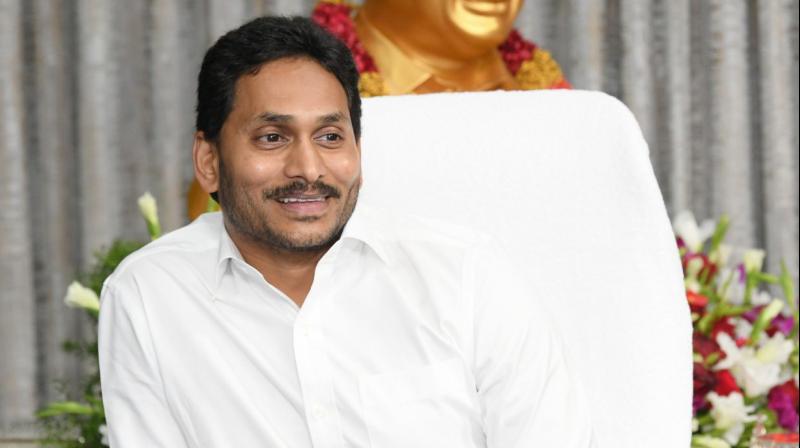 VIJAYAWADA: With an aim to strengthen the YSRC for the 2024 state polls, Chief Minister Y.S. Jagan Mohan Reddy is deploying a strategy to show the exit to all dissidents, party sources and political observers said.

In line with this attitude was the axing of Venkatagiri MLA Anam Ramanarayana Reddy from the post of Constituency incharge. He was replaced by Neduramalli Ramkumar Reddy, sending shockwaves through the party. Further, Ramnarayana Reddy was also restrained from taking part in the government’s Gadapa Gadapaku Mana Prabhutvam programme, a mass interaction, indirectly showing the MLA the exit.

However, the actions came after pacification efforts failed to have an effect on leaders.

Tadikonda MLA Vundavalli Sridevi was one such case, who was toeing the party line. After senior leaders failed to resolve issues raised by her, Jagan Mohan Reddy relieved her from the Tadikonda YSRC incharge post, replacing her with MLC Dokka Manikya Vara Prasad Rao. Kathera Suresh Kumar was appointed as the additional coordinator for Tadikonda.

In another instance, MLA Mekathoti Sucharita, the party’s Guntur incharge, was relieved from her post as the Guntur district president after expressing dissatisfaction with losing the Home portfolio in a Cabinet reshuffle.

The Chief Minister also took a hard stance with Nellore Rural MLA Kotamreddy Sridhar Reddy, who revolted against the party. However, with Jagan Mohan Reddy cautioning him and showing him the exit, Sridhar Reddy reconciled with the YSRC and agreed to coordinate with the government.

Another case was that of Mylavaram MLA Vasantha Krishna Prasad, who commented against the YSRC government. Jagan Mohan Reddy warned of expelling him from the party if he failed to stick to the party line.

Senior leader Daggubati Venkateswara Rao and his son Hitesh, who were appointed to look after the Parchur Assembly Constituency, were replaced with former MLA Aamanchi Krishnamohan as the father-son duo started distancing from the party.

Senior political analysts said that Jagan Mohan Reddy’s stance was producing results as recently, Sucharita and her husband Dayasagar returned to the party fold, assuring to continue in YSRC without any dissent.

They said that MLA Sridhar Reddy is also sticking to the party line, while other dissenters are changing their attitudes to avoid damaging their political careers.