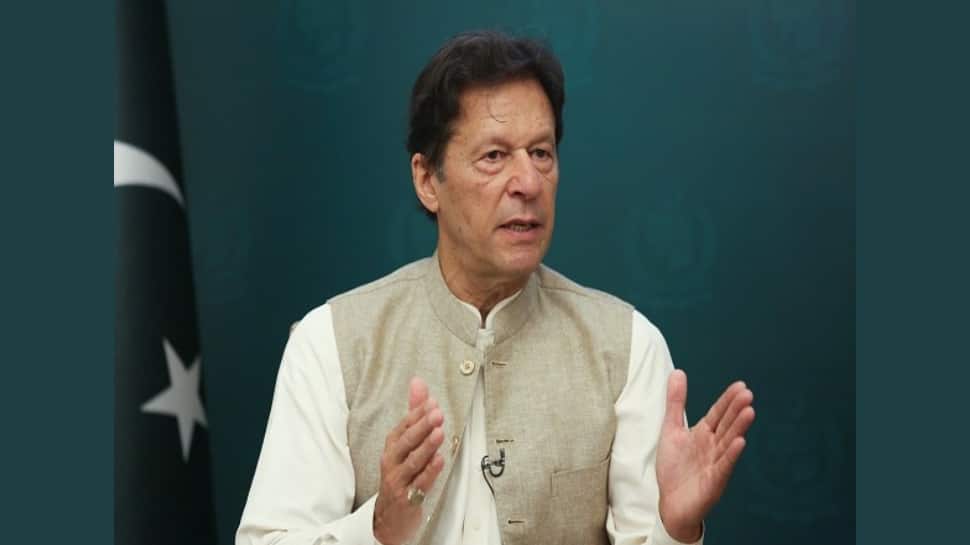 Islamabad: The Islamabad High Court (IHC) will take up a case against former Pakistan Prime Minister and PTI chairman Imran Khan for “threatening” a woman judge, on Tuesday. The Express Tribune reported that the IHC has taken notice of Imran Khan’s statement in which he allegedly threatened additional sessions judge of the federal capital Zeba Chaudhry and decided to initiate contempt of court proceedings against him.

A three-judge IHC bench headed by Justice Mohsin Akhtar Kayani and comprising Justice Mian Gul Hasan Aurangzeb and Justice Babar Sattar will take up the case tomorrow, as per the publication.

Pakistan Tehreek-e-Insaf (PTI) chairman was booked for threatening a judge and two top police officials in a public meeting held at the F-9 Park late Saturday evening. Khan was booked under the Anti-Terrorism Act (ATA).

Meanwhile, IHC has granted pre-arrest bail to Imran Khan till August 25 after he was booked under the Anti-Terrorism Act. This comes as PTI legal team today filed a pre-arrest bail plea for Imran Khan after a first information report (FIR) was registered against him in Islamabad High Court.

According to the details provided by Pakistan’s local media outlet ARY News, taking up the petition, Justice Mohsin Akhtar Kayani asked what objections were raised on it. Replying to the judge, Imran Khan’s lawyer Babar Awan claimed that “Imran’s residence has been surrounded and he cannot even approach the relevant court”.

Imran’s lawyers, Babar Awan and Faisal Chaudhry, filed a petition seeking pre-arrest bail on his behalf in a terrorism case registered for ‘threatening’ a female judge and senior police officers in a public rally. The pre-arrest bail plea contended the case was based on “surmises and conjectures” and that no evidence was available on record against Imran in connection with the case.

It also contended that there was no “direct or indirect” evidence available on record against Imran in the case. Another point which was highlighted in the plea was the assurance that if granted protective bail there will be “no likelihood” of Imran absconding or tampering with prosecution evidence.

It should be noted that a terrorism case was registered against Imran Khan for using derogatory language and threatening Additional Session Judge Zeba Chaudhry in his speech in Islamabad on August 20. Sources say that the text of the PTI chief’s August 20 speech has also been included in the FIR.

Imran Khan, addressing a PTI rally in Islamabad, had said that they would file cases against Inspector General Islamabad Police, Deputy IG Islamabad Police and magistrate Zeba Chaudhry for the torture of PTI leader Shahbaz Gill. Meanwhile, Pakistan Peoples Party leader and former president Asif Ali Zardari has opposed the arrest of Imran Khan. He believes that the arrest will cause political damage to the ruling alliance.