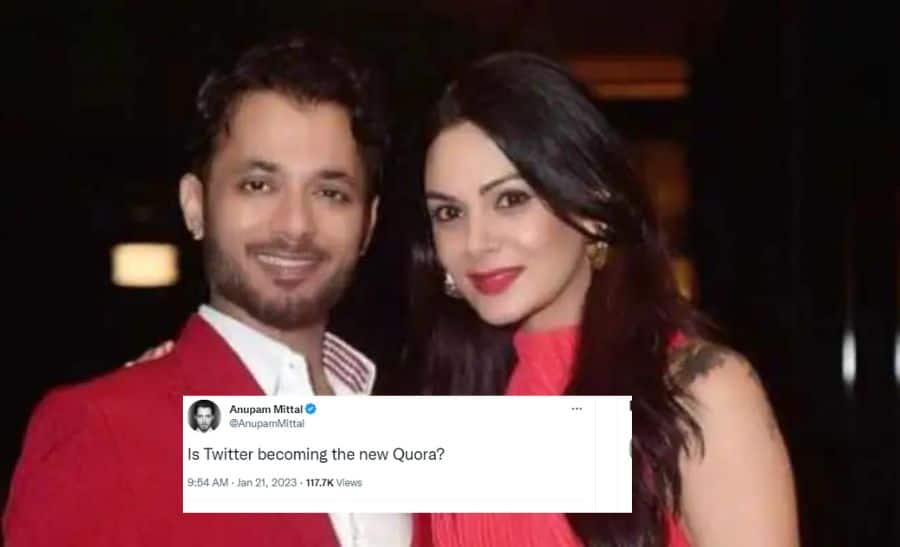 New Delhi: Shark Tank fame and founder of Shaadi.com Anupam Mittal is curious to find out whether Twitter is becoming the new Quora. He put this question in his new post with the aim to hear the opinions of netizens on his analysis of new trend. Replying to that question, a Twitter user Atul Mishra took a dig and said no but “Shart Tank is the new Sasural Simar Ka.”

Quora is an Q&A platform where people as questions which can be answered by people. It’s a knowledge-sharing platform to connect with people of unique knowledge and experience.

How other netizens react:

Yuvraj, a Twitter user commented, “Yeh bhi koi puchne wali baat hai, (It is a thing to ask?)”. Replying on that, Mittal said, “Chalo koi toh pakde,” (at least one catch it)

Taking a dig in the moment, one user commented in negative and said he didn’t see Balaji Viswanathan in my feed 10 times a day yet. He further said that Quora had invented cringe.

A Twitter user Deepak Pareek said it had already become Quora but with more of nonsensical answers.

That’s how they react.