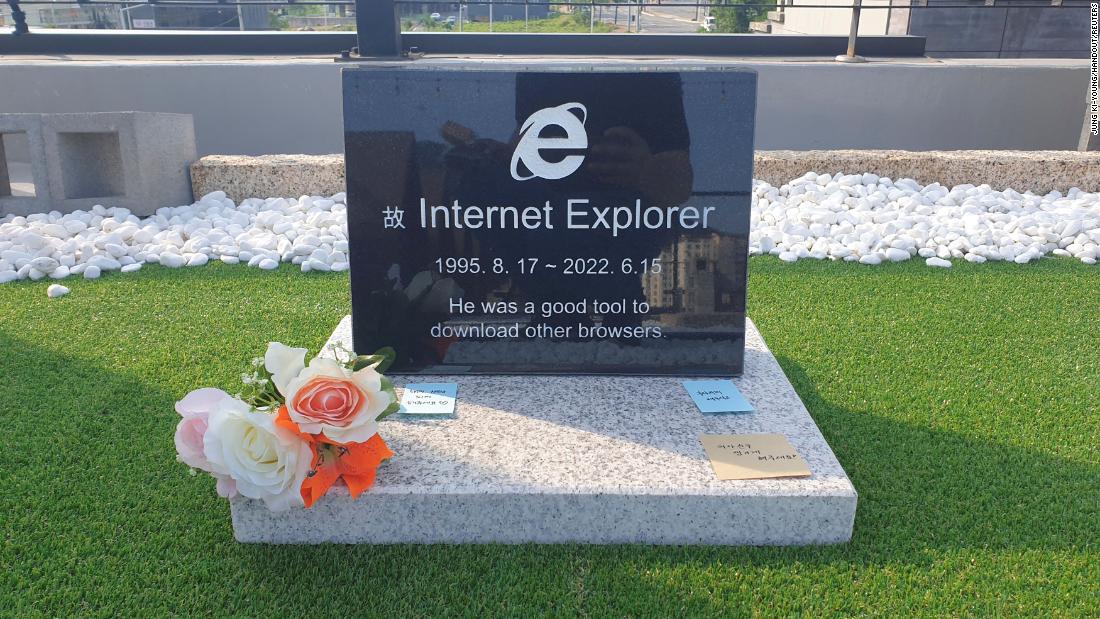 To commemorate its demise, he spent a month and 430,000 won ($330) designing and ordering a headstone with Explorer’s “e” logo and the English epitaph: “He was a good tool to download other browsers.”

After the memorial went on show at a cafe run by his brother in the southern city of Gyeongju, a photo of the tombstone went viral.

Microsoft scaled down support for the once omnipresent Internet Explorer on Wednesday after a 27-year run, to focus on its faster browser, Microsoft Edge.

Jung said the memorial showed his mixed feelings for the older software, which had played such a big part in his working life.

“It was a pain in the ass, but I would call it a love-hate relationship because Explorer itself once dominated an era,” he said.

He said he found it took him longer to make sure his websites and online apps worked with Explorer, than with other browsers.

But his customers kept asking him to make sure their websites looked good in Explorer, which remained the default browser in South Korean government offices and many banks for years.

Launched in 1995, Explorer became the world’s leading browser for more than a decade as it was bundled with Microsoft’s Windows operating system that came pre-installed in billions of computers.

But it started losing out to Google’s Chrome in the late 2000s and became a subject of countless internet memes, with some developers suggesting it was sluggish compared with its rivals.

Jung said he had meant to give people a laugh with the gravestone, but was still surprised about how far the joke went online.

“That’s another reason for me to thank the Explorer, it has now allowed me to make a world-class joke,” he said.

“I regret that it’s gone, but won’t miss it. So its retirement, to me, is a good death.”