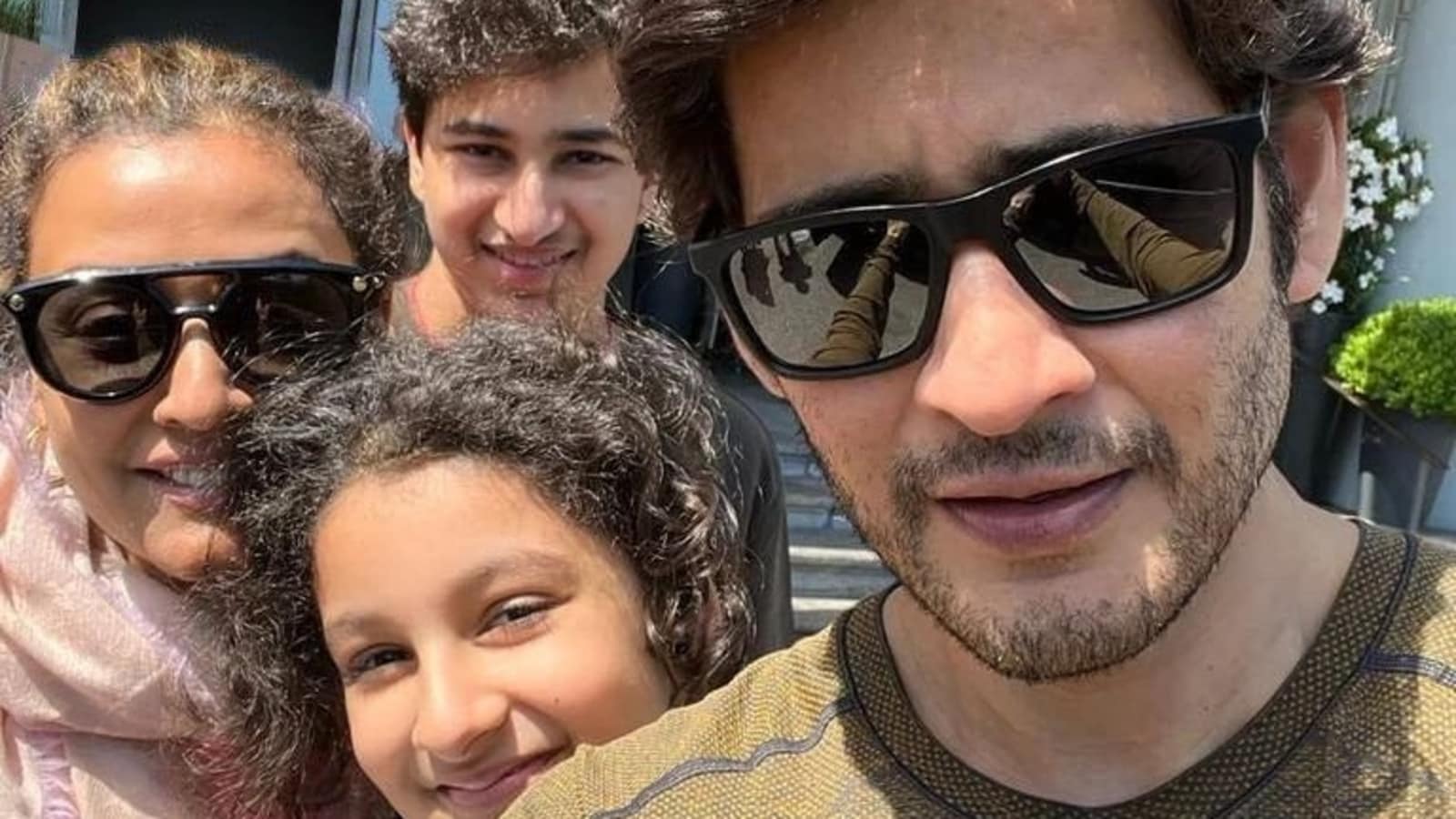 Mahesh Babu and Namrata Shirodkar married in February 2005. They have two kids together Gautham and Sitara. The family is on a Europe vacation.

Actor Mahesh Babu, who was recently seen in Telugu film Sarkaru Vaari Paata, is travelling in Europe with his family. In an Instagram post on Monday, he shared a selfie with his wife and kids after an outing and revealed that they are off to Italy next. Mahesh’s wife Namrata Shirodkar also shared photos from their family vacaion. Also Read: Mahesh Babu says he doesn’t want to ‘waste his time’ doing Hindi films: ‘Bollywood can’t afford me’

After the release of every film, Mahesh reportedly makes it a point to go on a vacation with his family. Earlier in June, he was busy with the promotions of Telugu-Hindi bilingual film Major, which he had produced along with Sony Pictures India.

Mahesh captioned his new Instagram post: “Road trip it is! Next stop Italy! Lunch with the crazies (sic).” Namrata commented “I missed the fondue.” One fan wrote, “Beautiful family,” while another one commented, “May you all remain happy and stay healthy. Lots of love.”  Many others dropped heart emojis in the comments section of Mahesh’s post.

Meanwhile, as per Namrata’s Instagram post on Monday, it can be confirmed that the family was in Switzerland recently. Sharing pictures with her daughter Sitara, she wrote, “Leaving my heart behind in Switzerland.”

Mahesh played a loan agent in his latest release Sarkaru Vaari Paata, which grossed over Rs. 200 crore at the box-office worldwide. The film marked the maiden collaboration between Mahesh Babu and director Parasuram. Keerthy Suresh was paired with Mahesh for the first time.

Sarkaru Vaari Paata, which has been co-produced by Mahesh Babu, was panned by a section of the audience for its controversial love track between Mahesh and Keerthy Suresh. Director Parasuram was slammed for defending the scene in which Mahesh Babu makes Keerthy Suresh lie next to him and puts his leg on her. Parasuram has compared the scene with a child sleeping next to its mother.

In a post-release media interview, Parasuram spoke about the love track between Mahesh Babu and Keerthy Suresh in the movie. He said he didn’t find anything vulgar in the scenes between them.