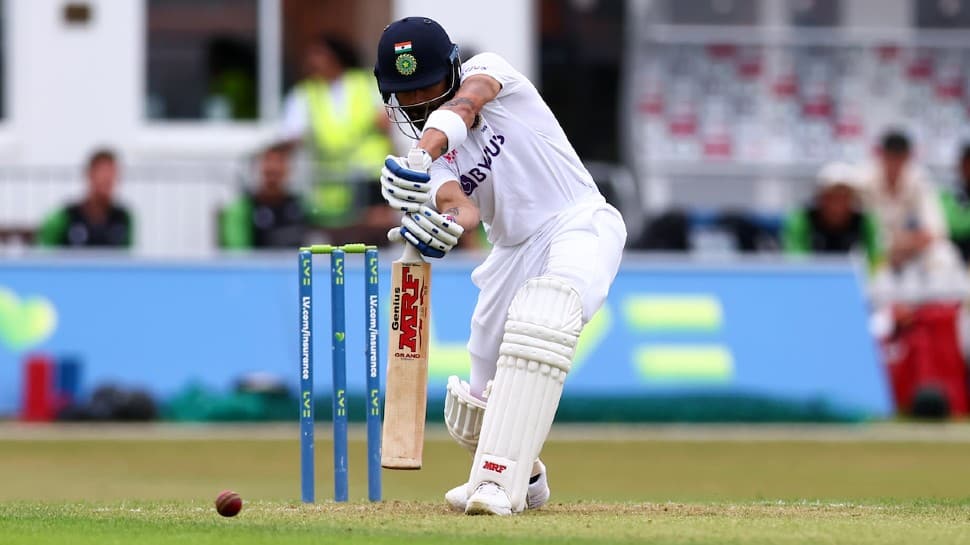 An unbeaten 70 from KS Bharat was the standout performance by an Indian player on the first day of the warm-up match against a Leicestershire XI that included Rishabh Pant, Jasprit Bumrah and Prasidh Krishna. India’s tour of England and Ireland got off to a shaky start on Thursday on the opening morning of the warm-up fixture against a combined Leicestershire and India XI.

Rohit Sharma and Shubman Gill’s opening stand of 35 ended abruptly when the younger opener was caught behind off Will Davis for 21, with Rishabh Pant, part of a rejigged opposition XI, taking the catch. The wickets continued to tumble in Leicester, with three leading India batters departing in quick succession – Rohit Sharma (25), Hanuma Vihari (3) and Shreyas Iyer (0) joining Gill back in the hutch early. And Ravindra Jadeja (13) was the fifth batter to fall in the morning session, leaving India 90/5 at lunch.

It was a concerning morning for India’s top-order, who particularly struggled against Leicestershire seamers Will Davis and Roman Walker. Two players with vastly contrasting profiles set about repairing the damage after lunch, with Virat Kohli and Srikar Bharat putting on a partnership of 57 in the afternoon. Kohli’s 33 came off 69 balls and featured five boundaries, including one big six off Prasidh Krishna, with the former skipper looking in reasonable touch before he was trapped in-front by Walker.

And Bharat strengthened his case for a first India cap with a timely half-century, top-scoring on the day for India. The 28-year-old wicketkeeper-batter has been in and around the India set-up in both white-ball and red-ball cricket for three years, appearing in a number of squads as injury cover but yet to feature as a starting player.

| Kohli (33) lbw Walker.@RomanWalker17 strikes again! This time he hits the pads of Kohli, and after a long wait the umpire’s finger goes up.

Out or not out?

Yet his chances of making his debut at Edgbaston against England will only have been strengthened by his outstanding 70 not out from 111 deliveries. He was there at stumps alongside Mohammed Shami, with India up to 246/8.

While it was the English seamers who did the damage with the ball, Leicestershire’s attack also feature some of India’s bowlers in order to get the whole squad some game time ahead of the upcoming T20Is against Ireland and rescheduled fifth Test against England.

Jasprit Bumrah bowled nine rusty but useful overs, while Prasidh Krishna got through a good set of overs himself, picking up the wicket of Shreyas Iyer along the way.