India reacts to vandalisation of temples in Australia: ‘Attempts to sow hatred’ 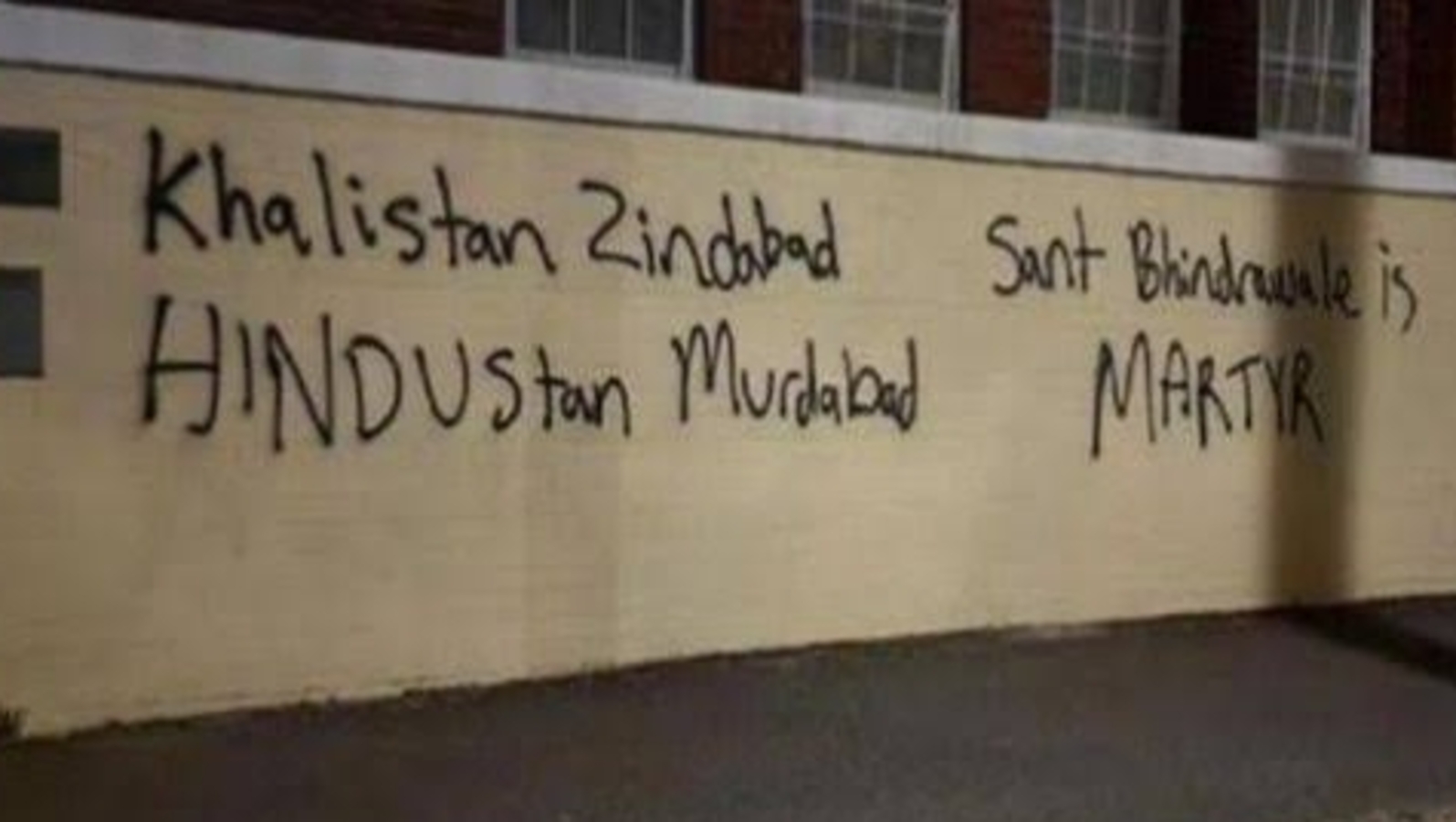 The Indian high commission in Canberra on Thursday “strongly” condemned the incidents of vandalisation, including of three Hindu temples, in Melbourne in recent weeks. A third Hindu temple was vandalised within a fortnight in Australia’s Victoria state allegedly by “Khalistani supporters” with anti-India graffiti, according to a media report on Monday.

The management of the International Society for Krishna Consciousness (ISKCON) temple also known as the Hare Krishna Temple in Melbourne’s Albert Park found the walls of the revered temple vandalised with graffiti “Hindustan Murdabad”, The Australia Today website reported.

“The High Commission of India strongly condemns the deeply disturbing incidents of vandalisation, including of three Hindu temples in Melbourne in recent weeks. The frequency and impunity with which the vandals appear to be operating are alarming, as are the graffiti which include glorification of anti-Indian terrorists. These incidents are clear attempts to sow hatred and division among the peaceful multi-faith and multi-cultural Indian-Australian community,” the high commission said in a statement.

It said the incidents signal that pro-Khalistan elements are stepping up their activities in Australia, actively aided and abetted by members of proscribed terrorist organisations such as the Sikhs for Justice (SFJ) and “other inimical agencies from outside Australia, have been evident for some time”.

The commission said India has repeatedly shared its concerns with the Australian government. “It is hoped that not only will the perpetrators be brought to justice but suitable action will also be taken to prevent further attempts,” it added.

“In addition, our concerns about the so-called referendum in Melbourne and Sydney, Australia, announced by the proscribed organisation, the Sikhs for Justice, have been conveyed to the Australian Government. It has been highlighted to the Australian Government to ensure the safety and security of members of the Indian community and their properties in Australia, and to not allow the use of Australian territory for activities detrimental to the territorial integrity, security and national interest of India,” the statement read.

On January 16, the historic Shri Shiva Vishnu Temple in Carrum Downs, Victoria, was vandalised in a similar manner.

On January 12, the Swaminarayan temple in Melbourne was defaced by ‘anti-social elements’ with anti-India graffiti.

This attack on ISKCON Temple came just two days after Victorian multi-faith leaders had an emergency meeting with the Victorian Multicultural Commission after which a statement of condemnation was issued against the spread of Hindu hate allegedly by Khalistani supporters.

Last week, India condemned the vandalisation of Hindu temples in Australia and said the matter has been raised with the Australian government in Canberra and asked for an expeditious investigation against the perpetrators.