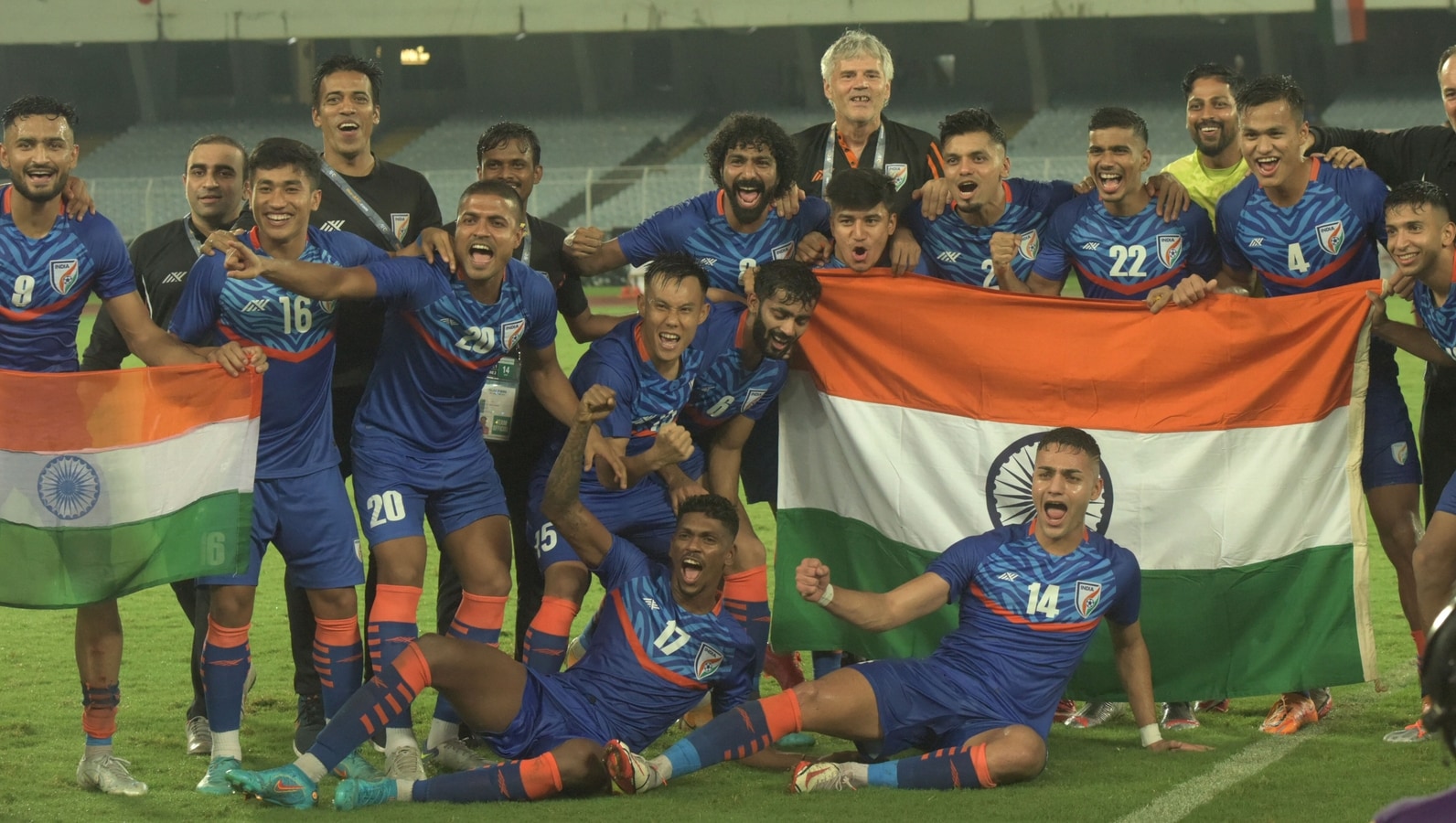 Before Christian Eriksen, there was Anwar Ali. The past six months have seen two players with heart problems return to top league action in India and England.

For Ali, FC Goa acquired more defibrillators and got more staff trained in CPR. Ali had to submit an affidavit before being allowed to play with a congenital heart condition, hypertrophic cardiomyopathy. He had an iffy Indian Super League (ISL) season but coach Igor Stimac had seen enough football to know that the 21-year old could add heft to his India team. On Tuesday, 56 seconds into the game against Hong Kong, Ali scored his first goal for India. Sweet dreams are made of these.

It was a move that began in the centre of India’s defence, rolled to the right, was swung to the left before it yielded a corner-kick. Roshan Naorem’s ball was played in, Ashique Kuruniyan got a touch and as the ball fell favourably, Ali slammed home.

Stimac had asked for the crowd to drown out Hong Kong and the Salt Lake stadium obliged. Through storm and downpour, the amphitheatre throbbed as India launched a deluge of attacks. There was Sunil Chhetri leading the press like he was closer to Suresh Wangjam in age than someone who will be 38. There was Naorem and Akash Mishra bombing up the wings, defensive midfielders Wangjam and Jeakson Singh showing the kind of trickery and control you would associate with Liston Colaco. And there was Sahal Abdul Samad thudding into the upright in the 27th minute.

Hong Kong settled down and Sun Ming Him asked a few questions. From a corner-kick, which Gurpreet Singh Sandhu fluffed, in the 40th minute, Matt Orr got a header he couldn’t keep down. All thoughts of Hong Kong getting a grip in this final game of group D of the Asian Cup qualifiers before half-time were doused by that man, Chhetri.

Naorem’s free-kick, won by Wangjam, flew in and making the run was the man who keeps giving to India into his 18th year as an international. A calm left-foot finish made it 2-0. He doesn’t celebrate goals these days, he merely walks away as teammates jump on to him. But on the night he equalled Ferenc Puskas’ tally of 84 international goals, on the night India topped group D of the qualifiers, Chhetri raised his arms as the rain came down in sheets.

Both teams had gone in knowing they had qualified for the Asian Cup, India for the first time for two successive editions, after Palestine beat Philippines 4-0 in Group B earlier in the day. (Afghanistan and Cambodia drew 2-2 in the other match of the day.) But India had gone in as the second-placed team. It was an anomaly that needed correction. And in some style they did, Manvir Singh’s 84th minute goal and his turning provider for Ishan Pandita in the 93rd capping off a memorable night when the men in blue won 4-0.

Novak Djokovic Has Prepared His Way. So Has Rafael Nadal.