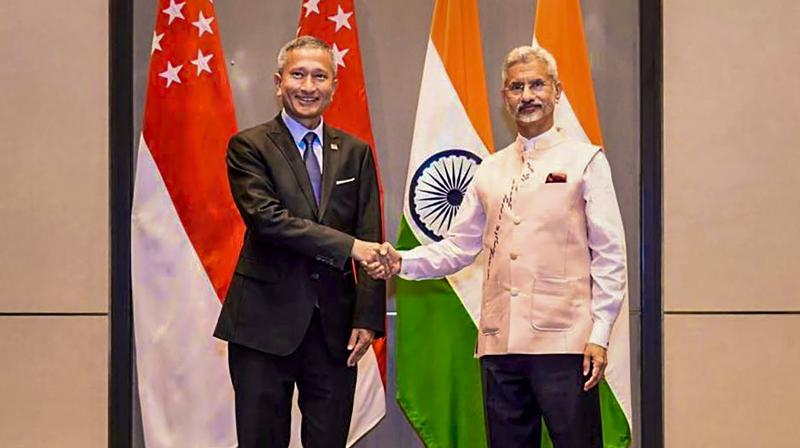 New Delhi: India fully supports a strong, unified and prosperous ASEAN, one whose centrality in Indo-Pacific is fully recognised, External Affairs Minister S Jaishankar said on Thursday at a conclave of the foreign ministers of the 10-nation influential grouping.

In his opening address at the two-day meet, Jaishankar said a better connected India and ASEAN would be well-positioned to promote decentralised globalisation and resilient and reliable supply chains.

The Association of Southeast Asian Nations (ASEAN) is considered one of the most influential groupings in the region, and India and several other countries including the US, China, Japan and Australia are its dialogue partners.

Referring to the COVID-19 pandemic, he said it has not fully abated and there is much ground yet to be covered as “we walk towards post-pandemic recovery”.

“This path has become even more arduous with geopolitical headwinds which we face due to developments in Ukraine and its knock-on effects on food and energy security, as well as fertilizer and commodities prices, and logistics and supply chain disruptions,” he said.

Jaishankar said there is strong convergence between ASEAN Outlook on Indo-Pacific and India’s Indo-Pacific Oceans Initiative and it is the testimony of the shared vision of the two sides for the region.

“India-ASEAN ties must respond to the world that we confront,” he said, noting that ASEAN has always stood tall as a beacon of regionalism, multilateralism and globalisation.

Jaishankar said that ASEAN has successfully carved out a niche for itself in the region and provided the foundation for evolving strategic and economic architecture in the Indo-Pacific.

The ASEAN’s role today is perhaps more important than ever before given the geopolitical challenges and uncertainties that the world faces, he said.

The external affairs minister said it is important to identify a new set of priorities by India and the ASEAN while ensuring the early realisation of the ongoing initiatives.