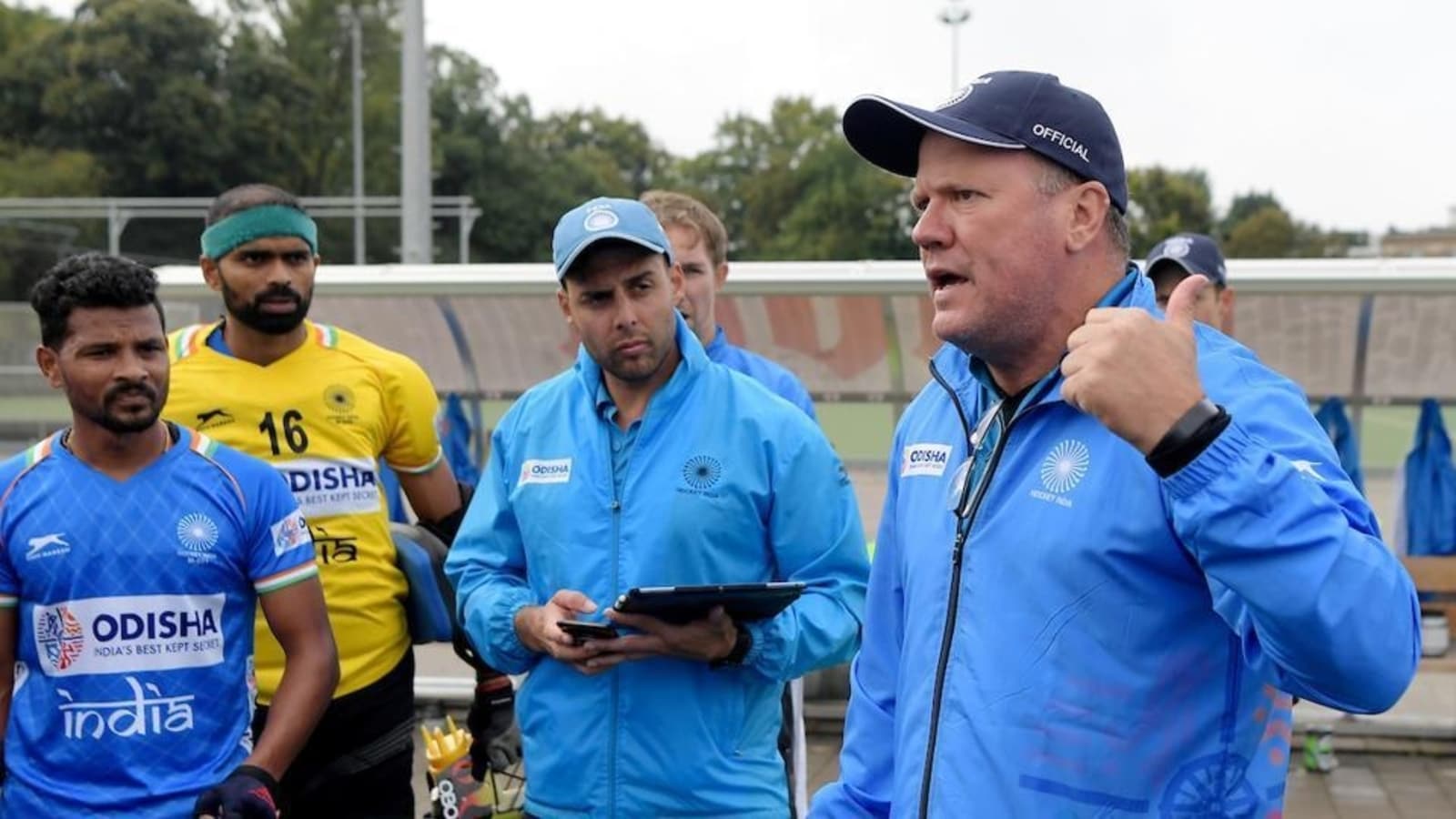 Exactly a year back when the country was struggling with the traumatic experience of the Covid-19 second wave, the Indian men’s hockey team was lodged at Bengaluru’s SAI campus, awaiting the day when they would be able to step out and train for the biggest stage of all—the Olympics.

Finally, when the intensity of second wave declined, things started opening up and the hockey team also began preparing. But the problem was no competition for three months before the Games. Coach Graham Reid devised ways by creating teams from the probables and juniors, making them enact skills and techniques India’s rivals would perform at Tokyo which resulted in an historic bronze.

But unlike last season, 2022 has been quite fruitful for the Olympic bronze medallists as India completed their full quota of 16 matches—two against eight teams—in the FIH Pro League to be competition ready. In the 16 games, India earned eight outright wins, two shootout victories, suffered four losses and two shootout defeats to finish third behind champions Netherlands and Olympic gold medallists Belgium but ahead of heavyweights Argentina, Germany and England.

Though the tournament is used as a preparatory ground, it provides insights into what the best in the world are planning for major events ahead. “The Pro League is an invitational tournament which offers high level friendly matches. All the big teams use big squads to groom talent which is important as they will only get better and better,” said Pakistan head coach Siegfried Aikman, who famously guided Japan to the 2018 Asian Games gold.

Five months of regular, intense competition has put India in a good space heading into the Commonwealth Games and would have also done so for the now indefinitely postponed Asian Games—a qualifying event for the 2024 Paris Olympics. In the last few weeks, the world No 5 team beat reigning world champions Belgium, 2016 Olympic gold medallists Argentina and gave eventual Pro League winners Netherlands a tough fight apart from beating other teams.

“It was a great experience to play these matches, traveling to South Africa earlier, then playing home games and then in Europe in front of a packed stadium. The league has given us great insights into the top teams and it’s also been a great learning for us in terms of how we must improve as a unit,” said defender Amit Rohidas, who also led India during the tournament.

India’s real test at the Commonwealth Games will come against world No 1 Australia but the Pro League has provided the Olympic bronze medallists a brilliant chance to usurp the defending champions and clinch gold the first time. Ever since hockey was introduced at Kuala Lumpur 1998, Australia have won gold in all six editions. India’s best was runner-up finishes in 2010 and 2014 while they ended a dismal fourth in the last edition in 2018. While India have regularly faced the best in the world, Australia have only played two bilateral series this year against trans-Tasman rivals and world No 9 New Zealand and No 11 Malaysia after they pulled out of the Pro League due to Covid-related travel restrictions.

England and South Africa—the two teams India will face in Birmingham who also participated in the Pro League—suffered losses in all four matches at the hands India, giving an immense boost to the Reid-coached side.

Reid also handed debuts to multiple upcoming talents throughout the Pro League but two players stood out who have also been selected in the 18-member squad for Birmingham. Forward Abhishek and drag-flicker Jugraj Singh, namesake of another famous former penalty corner specialist, both making their international debuts this year. While Abhishek ended up as India’s second highest goal-scorer with seven, Jugraj scored five including a hat-trick against South Africa.

“These matches, we kept on fighting till the end that was one of the biggest takeaways. It was very nice to see new players adapt to our fast-paced game really quickly and develop good understanding with the rest of the team. This helped immensely in field positioning, particularly inside the circle and also helped us in creating options inside the D,” Rohidas explained.

A significant player who clicked at the right time for India was Harmanpreet Singh. The 26-year-old scored 18 goals in the competition—the most by any player and six more than second-placed Tom Boon—to show that he is one of the best drag-flickers in the world.

“If something good is happening then too, we face critcism let alone when we are down. My experience has taught me to just continue fulfilling my responsbilities towards the team, focus on that and not what we achieve,” said Harmanpreet.