In the Dark Zone: Ongoing Groundwater Crisis in Rajasthan’s Bhopalgarh 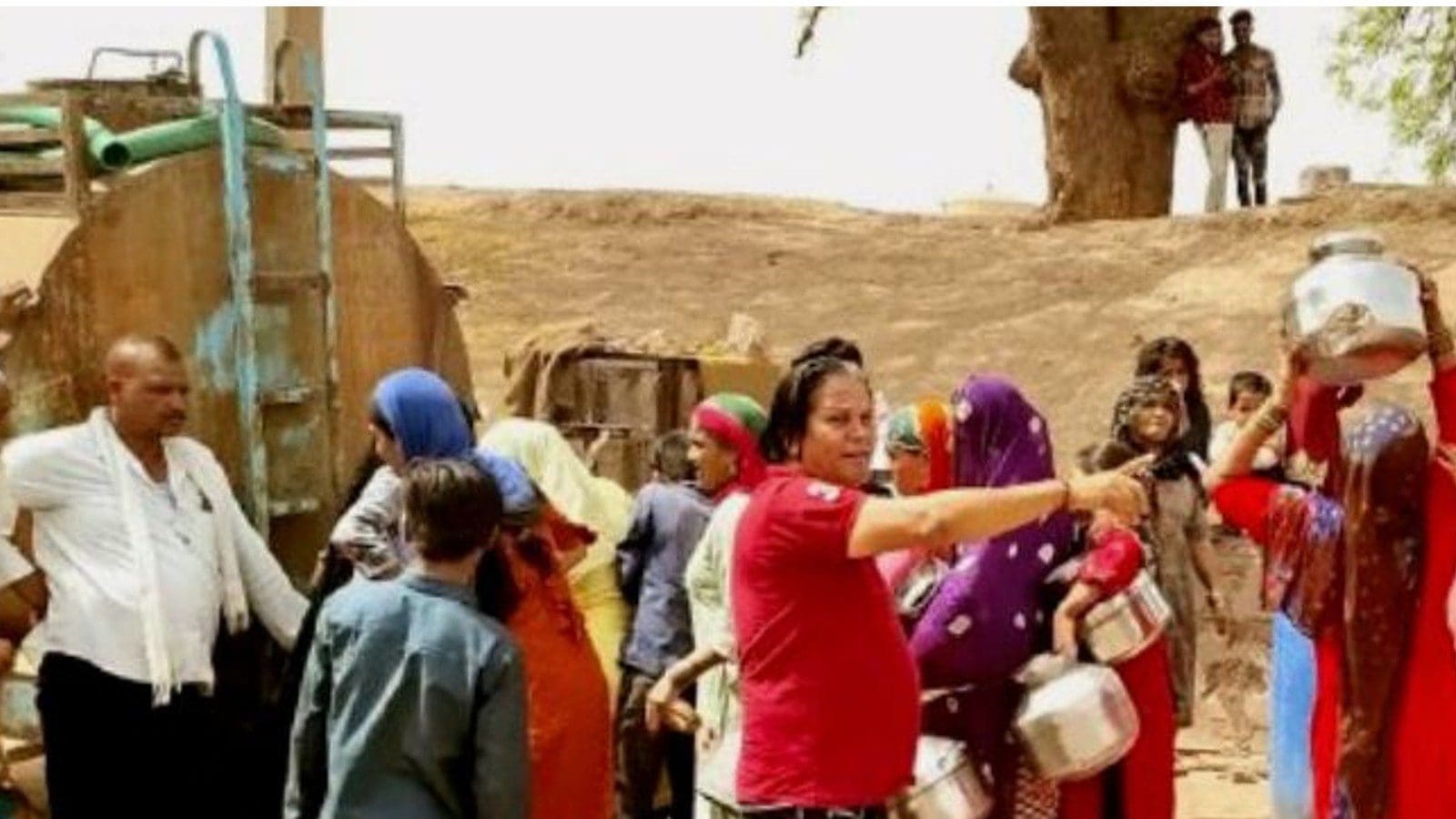 There’s no water to drink and none to irrigate the fields. The animal farms are dry. A desperate bid to dig a tubewell also turned futile as not a single drop of water was found even at 900ft. Some villages have not received any water supply for three days, while some others have not got water for almost 15. There’s barely any water in the ponds, and in desperation, people have begun to consume brackish water from whatever meagre is available underground.

This is the current state of Bhopalgarh block of Jodhpur district, with a water crisis crippling life in over 70 villages.

This dire state of Bhopalgarh was caused by the over-exploitation of groundwater resources. The entire region falls in a dark zone (areas demarcated by the government where the over-exploitation of groundwater is acute), additionally burdened by the problem of naturally available saline water . The lack of water for irrigation has drastically reduced the scope of cultivation, as well.

But this wasn’t always the state of affairs. Till about a decade and a half ago, the fields were lush, farmers were prosperous and had ample produce, all due to the underwater reserves in the region. There were only a few tubewells, which were used to cultivate 100 to 150 bighas (one acre = 1.6 bighas) of land. To maintain cultivation, villagers began to dig many tubewells, which led to the over-exploitation of groundwater and consequently, the current situation.

Rajesh Jakhar, a farmer in the area, revealed that he used to cultivate 60 bighas of land through tubewells, but now, there is not that much water left in the land. “Our cultivable area has reduced to 20 bighas, and all our agricultural work is dependent on rainwater,” he said.

Bhopalgarh is the first region in Jodhpur to be categorised under the dark zone. The groundwater level here fell by 1.92m annually. There’s a drinking water crisis in the majority of the villages in the district. Although the water in the pond in Bhopalgarh town is not potable, people still use it as it’s the only available source.

According to data released by the Groundwater Department of Jodhpur in 2011, the 36m-deep well in Hingoli village was dry before the monsoon, but after the rains, the water level rose to 24.3m. In 2021, the well dried up entirely, as did the wells in Rarod and Birani villages.

The average annual rainfall in the region is 325mm. On average, the groundwater level here remained between 20m and 95m, but it has now fallen to between 145 and 175m. In 1984, only 63% of the available water in the land was used every year— 48 million cubic meters (MCM) being extracted for agriculture and other uses, but today, the amount exploited is at 310% with the extraction of 261 MCM.

While a person needs 50l of clean water per day on average, most people in western Rajasthan, have access to no more than 10l per person per day.

The over-exploitation of water in the area is further evident from the fact that in each field, eight to 10 tubewells have been dug, one installed deeper than another. Almost 80% of them have fallen into disuse in rural Bhopalgarh.

In front of farmer Omaram’s house in Narsar village, Bhopalgarh, there are two non-operational tubewells and empty water cisterns. The tubewell was once used to irrigate more than 50 to 60 bighas of land. When water was scarce, Omaram dug about 10 tubewells and eventually ran out of water. Now, they need to get tankers for drinking water, too. This is the situation for most farmers, who depend on rainwater for agriculture.

Nirmal Mehta, a farmer laments over the past mistakes, “We went on extracting water without recharging it. This is the result today. Cultivation has reduced and so has income.”

According to Prakashchandra, assistant engineer of the Water Supply Department, a tubewell was dug in an emergency situation in Bhopalgarh town, but water was not found up to 900ft.

Ponds and canals to the rescue

Rafiq Ahmed Qureshi, assistant agriculture officer, Bhopalgarh, said that for rainwater conservation in the area, two types of grants are being given. The first is for ponds, in which a subsidy of Rs 63,000 is granted per farmer for a 1200 cubic meters pond, at a depth of up to 3m. To conserve rainwater through community farm pond for irrigation, a grant of up to Rs 20 lakh per farmer’s group can be availed for a minimum of 10 hectares.

Currently, the water supply system in most villages is entirely dependent on canal water, which is their only source of drinking water. At present, 67 villages of the area are connected with the Manaklao-Osian-Bhopalgarh water supply scheme. Water arrives at Manaklao from Kaylana Lake in Jodhpur, from where it reaches the villages.

“Instead of exploiting water that’s left, it’s important to take care of traditional water sources. In Jodhpur, for many years, we were constructing khadins (embankments ) to prevent surface runoffs in fields,” he said, adding that ancient methods of water collection, like roof and groundwater catchments, should be preserved and old ponds should be cleaned.

Back to the basics

GRAVIS has extensively worked with communities in other blocks of Jodhpur, like Bap, Osian, Phalodi to revitalise the ancient water conservation structures and revive ponds in these arid regions. In Bap, Tyagi recalls how building khadins had solved the irrigation water crisis through accumulation of rainwater in cultivable farms. This helped in groundwater replenishment too.

With the annual rainfall, as less as 200mm, he emphasises managing the available water as the key way to overcome the ‘dark zone’ category, Bhopalgarh has put itself in.

“If similar strategy and community efforts are replicated in the parched region of Jodhpur, it can mitigate the current water crisis to a large extent. Not just for humans and agriculture, but also for cattle.”

(The author is a Jodhpur-based freelance journalist and a member of 101Reporters, a pan-India network of grassroots reporters.)