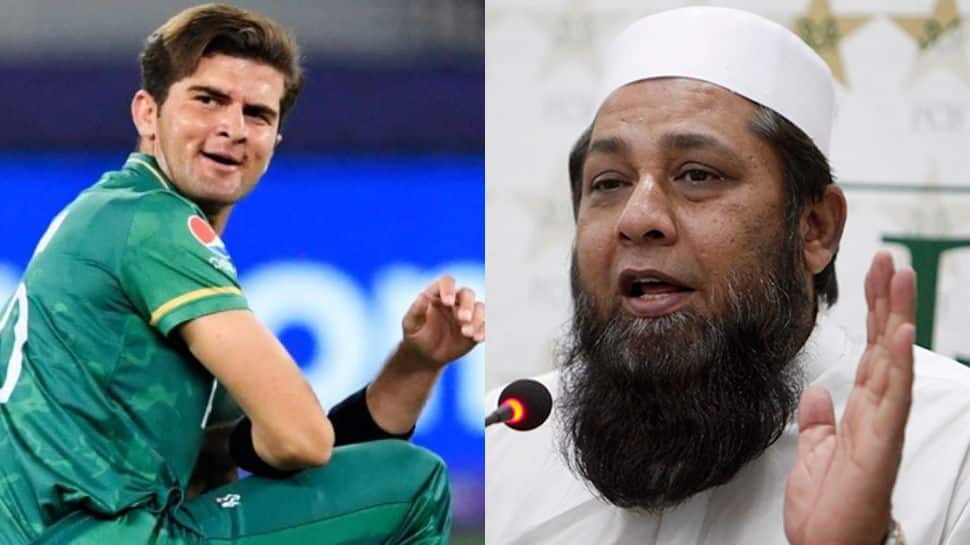 Former Pakistan captain Inzamam-ul-Haq acknowledged that left-arm fast bowler Shaheen Shah Afridi missing out on the upcoming Asia Cup is a massive setback for Babar Azam and Co. On August 20, Afridi was ruled out of Asia Cup, starting from August 27 in the UAE and subsequent seven-match home T20I series against England from September 20 to October 2 due to a right knee ligament injury. The injury, coming after medical advice of 4-6 weeks of rest, also rules him out of Pakistan playing against India in Asia Cup on August 28 in Dubai. Shaheen had played a huge role in Pakistan’s resounding ten-wicket victory over India last year in the Men’s T20 World Cup at the same venue, picking a stunning 3-31 in his four overs and keeping India to 151. Shaheen’s efforts helped Pakistan earn their first win over India in Men’s World Cups.

“It’s a massive setback for Pakistan that Shaheen Shah Afridi is out of the Asia Cup. If you look at the last match against India, he created pressure right from the very first over in the previous edition of the T20 World Cup. It’s a tough decision for Pakistan as Shaheen has been ruled out of the tournament,” said Inzamam on his Youtube channel. Afridi is expected to return to competitive cricket in October with the T20I tri-series in New Zealand, also featuring Bangladesh as the third side and will be followed by the ICC Men’s T20 World Cup in Australia in October-November.

Despite Afridi’s absence from the marquee match, Inzamam feels that the India-Pakistan match will live up to the expectations. “But injuries are part of the game as these types of things happen to players. In his absence, the other boys are putting up good performances. I still expect the India-Pakistan match to be a fantastic one irrespective of where it is held and good cricket to be seen as both teams play T20 cricket very well.”

Earlier, on Monday, the Pakistan Cricket Board (PCB) brought in young right-arm pace bowler Mohammad Hasnain as Afridi’s replacement for the Asia Cup, starting from August 27 in the UAE.