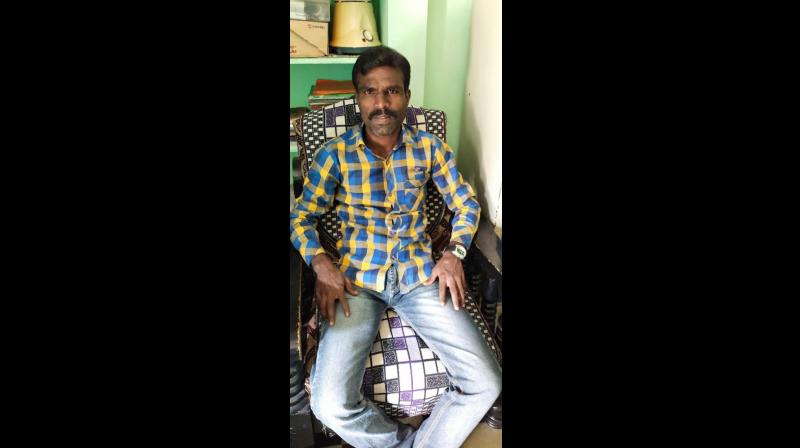 Hyderabad: A blame game is afoot among the GHMC officials after alleged apathy of the civic body claimed the life of a 48-year-old man in Mirjalguda on Tuesday.

A man, later identified as Albert, drowned after falling into an unfenced section of an under-construction drain network, which is part of the Strategic Nala Development Programme (SNDP).

Although GHMC officials blamed the victim, claiming he was drunk, locals pointed out that the corporation had failed to fence one side of the trench. Bystanders said that the area lacked streetlights or warning boards, even as higher authorities had directed for such signage to be put up.

Deputy executive engineer E. Lowkya said that mud was deposited to prevent entry into the trench. She said she was informed about the man’s death around 12.10 pm, and blamed him for being drunk. (Photo: DC)

They said the civic officials were in cahoots with the police, due to which the case was diverted to a drunk death to cover up their negligence.

When contacted, superintending engineer P. Anil Raj said he was unaware of the issue and passed the buck to executive engineer R. Laxman, who, in turn, claimed to be out of town due to a personal emergency.

Deputy executive engineer E. Lowkya said that mud was deposited to prevent entry into the trench. She said she was informed about the man’s death around 12.10 pm, and blamed him for being drunk. Police found a liquor bottle in his shirt, she claimed.

The police claimed Albert was depressed for five years on not being able to find a bride for himself. They said his parents deserted him two years ago due to his alcohol addiction.

“There were clear barricades and signboards,” said Malkajgiri inspector B. Jagadeeshwar. He said that Albert may have slipped and fallen when he went to urinate.

“So far, we did not receive a complaint from Albert’s family members. No one has come to claim his body. Our team visited the scene to check whether Albert died due to negligence and also spoke with the GHMC officials and private contractor concerned,” the inspector said.

He said that the civic body and the contractor were not at fault. “Else, we would have already registered a case,” he said.