Hundreds of farmers reach Delhi to take part in ‘mahapanchayat’ 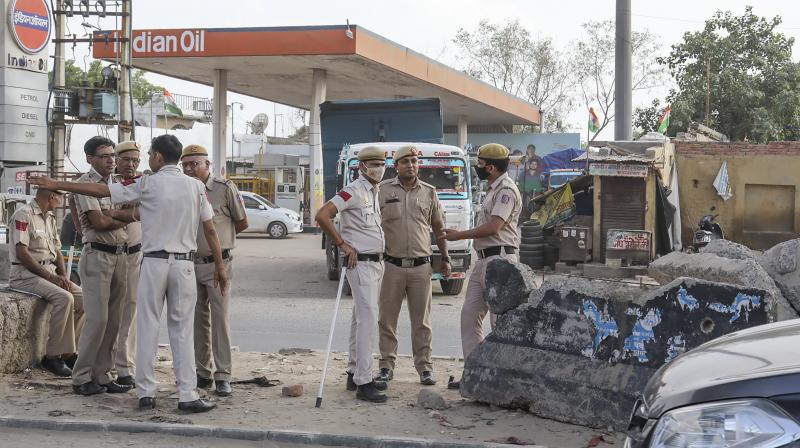 New Delhi: Hundreds of farmers from different states started reaching Delhi amid heavy security arrangements to participate in a ‘mahapanchayat’ called by the Samyukta Kisan Morcha (non-political) at Jantar Mantar on Monday.

SKM Leaders claimed at some locations, farmers were being stopped from reaching Jantar Mantar, a claim denied by the Delhi Police.

“The mahapanchayat is a one day-long peaceful event where we will reiterate our demands such as a legal guarantee on MSP and cancellation of Electricity Amendment Bill 2022 among others,” said Abhimanyu Singh Kohar, SKM (non-political) member and organiser of the ‘mahapanchayat’.

He, however, added that the police is yet to give permission for the ‘mahapanchayat’ at Jantar Mantar.

Kohar said farmers coming from Punjab, Haryana and Uttar Pradesh were stopped last night and not allowed to reach Jantar Mantar. They were taken to Gurudwara Bangla Sahib, Rakabganj and Moti Bagh and later released, he said.

Kohar said farmers from Punjab, Karnataka, Uttar Pradesh and some parts of Haryana have reached Delhi and more are coming to take part in the ‘mahapanchayat’.

He said earlier during the farmers’ movement, the central government had promised to consider all our demands but they did “nothing”.

“So here we are again to discuss and raise our demands and chalk out future strategy of the movement,” Kohar said.

In November 2020, thousands of farmers from Punjab, Haryana and Uttar Pradesh had camped at border points around Delhi against Centre’s three farm laws, which were repealed a year later.

The farmers had suspended their movement in December last year after the Centre assured them to consider their other demands concerning legal guarantee on MSP, withdrawal of cases against them among others.