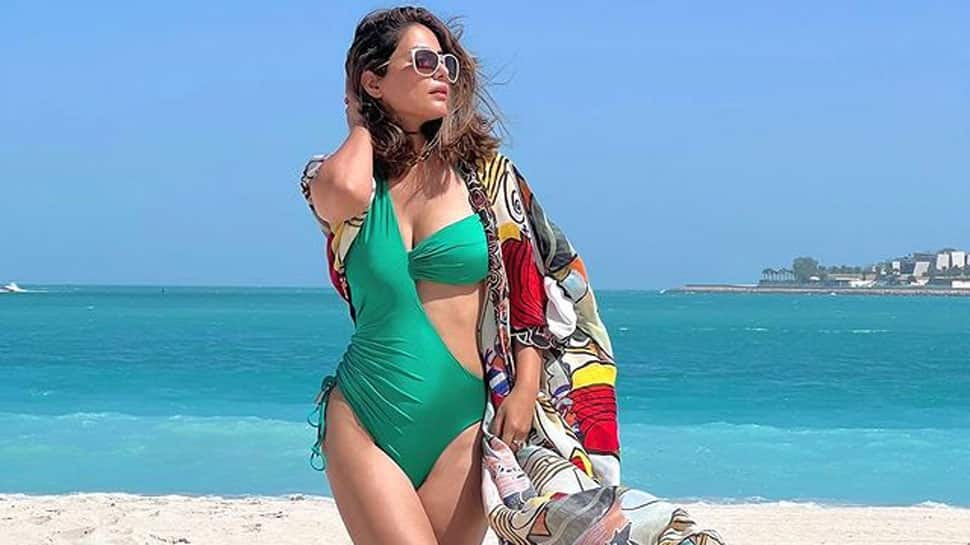 New Delhi: Popular television face, Hina Khan is an avid social media user who enjoys a massive fan base online. She was recently seen at the prestigious Cannes Film Festival 2022 and looked stunning in all of her attires. A few of her pictures went viral featuring the telly diva flaunting her curves at the beach.

Famous celebrity pap Viral Bhayani took to Instagram and dropped a picture post of Hina Khan where she can be seen in a pop green monokini with colourful scarve giving adding to the charm. However, a few of the haters tried to troll the actress for her revealing outfit. One of the user wrote: Behan ye bhi utaar de  but ek din ayega ye bhi utar hi jayege tum log kuch bhi kar sakte ho zabardasti hot disne ke liye aaaaaaa thuuuuuuu

The actress was present at the 75th Cannes Film Festival, where she attended the poster launch of her upcoming film ‘Country of Blind’ at the Indian Pavilion. Her upcoming movie is directed by Rahat Kazmi and is based on HG Well’s novel ‘The Country of the Blind’.

The movie is set in the backdrop of the 1800s timeline, and the plot revolves around a valley full of blind people leading a happy life, despite being visually impaired as per ANI.