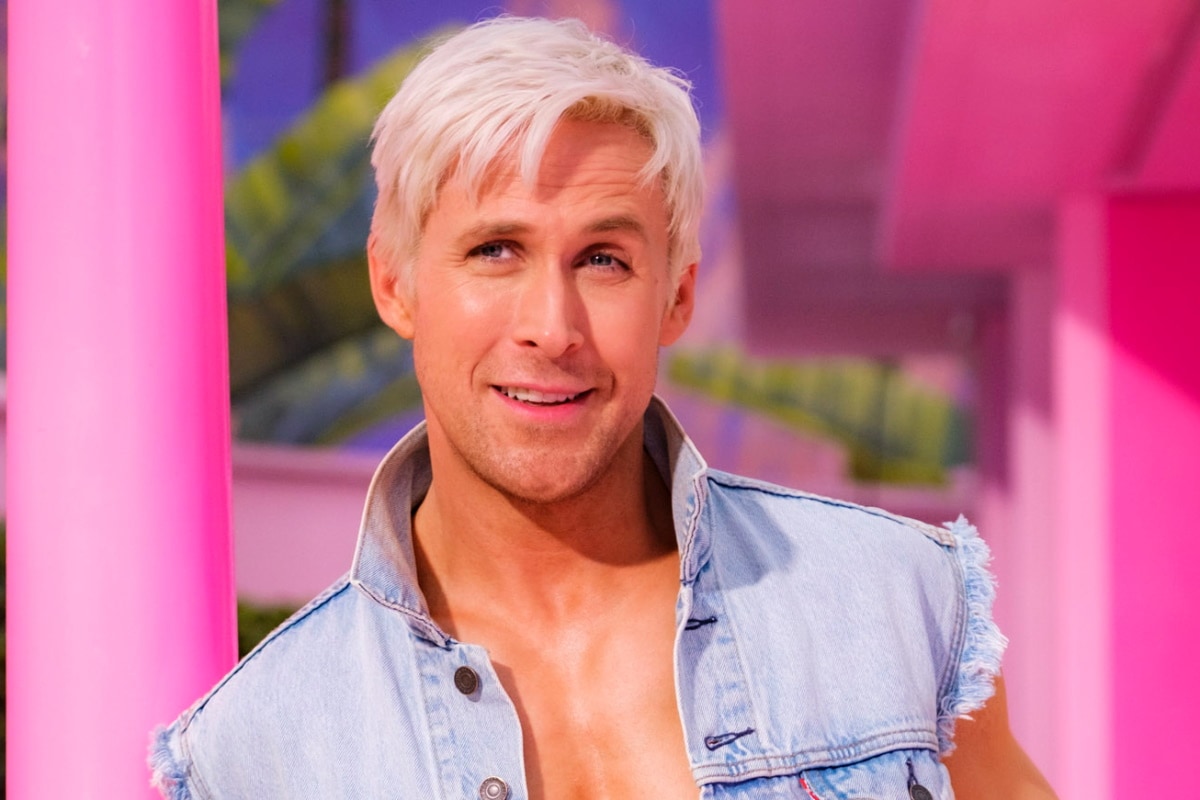 Ryan Gosling’s first look from the Margot Robbie-led romantic comedy Barbie, the first live-action movie to feature the titular Mattel character, is out. On Wednesday, Warner Bros. unveiled the actor’s first photo as Ken, Barbie’s boyfriend, to pique the curiosity of fans. We see him in an ’80s style denim and a vest, with white-blonde hair completing the look. His eight-pack abs are hard to miss. Gosling’s Ken appears to be quite faithful to the original Mattel figure, which occupied our shelves in the ’80s, indicating that Barbie is likely to be an authentic take on these cult characters. At least visually.

This is only the second photo to be released from Barbie, as the makers had previously unveiled Robbie’s look as the titular character. Her appearance, like Gosling’s, too satisfied the Mattel franchise’s loyal fans as she looked like a Barbie doll come to life.

Besides Robbie and Gosling, the Barbie cast includes America Ferrera, Kate McKinnon, Alexandra Shipp, and Emma Mackey. Simu Liu (Shang-Chi and the Legend of the Ten Rings) and Issa Rae appear as different versions of Ken and Barbie respectively. Greta Gerwig directs off a screenplay she wrote with Noah Baumbach. Robbie, Tom Ackerley, Robbie Brenner, and David Heyman serve as the producers on Barbie.

Gosling’s first look from Barbie comes at a time when he is gearing up for the release of the Netflix spy-thriller The Gray Man, which features him as an ex-CIA agent. The Russo Brothers-directed film, which features Chris Evans opposite Gosling, is out July 22 on Netflix.

Robbie is of course best known for her portrayal of the DC villain Harley Quinn in Birds of Prey and the James Gunn-helmed The Suicide Squad. She is working on the period movies Amsterdam and Babylon, led by Christian Bale and Brad Pitt, respectively. Robbie is also part of Wes Anderson’s romantic comedy-drama Asteroid City, which has an ensemble cast headlined by Tilda Swinton and Bill Murray.

Barbie, featuring Robbie and Gosling, is set to release July 21, 2023.