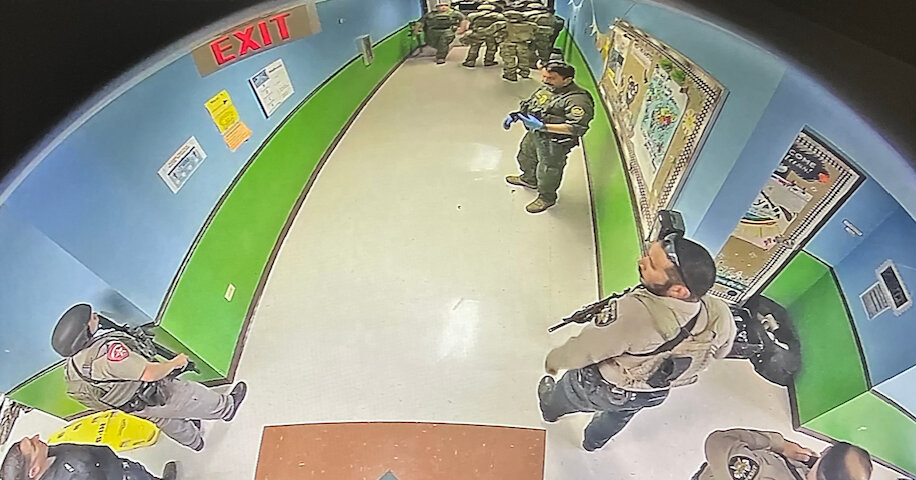 The Department of Public Safety stopped holding public briefings within a week of the May 24 shooting after several of the details shared by officials, including Mr. McCraw and Gov. Greg Abbott, turned out to be incorrect. The information that had be corrected included the length of time it took for officers to fire the first shots at the gunman (not immediately, but one hour and 17 minutes after he began shooting inside the school) and how he had gained access to the building (not through a door that had been propped open, but through one that was unlocked.)

The State Police stopped providing updates and began referring media inquiries to the local district attorney, Christina Mitchell Busbee, who has declined all requests for interviews and has not held any news conferences.

The shifting narrative surrounding the massacre, which left 19 children and two teachers dead, quickly undermined trust in the official accounts of the shooting and created tension between state officials and those in Uvalde, most of whom rallied around their city police department and Mr. Arredondo, who recently took a seat on the City Council.

A lawyer for Mr. Arredondo did not respond to a request for comment.

Those tensions only grew when Mr. McCraw held a news conference three days after the shooting and said that Mr. Arredondo had been in charge of the police response and had made the “wrong decision” in not trying to immediately confront the gunman.

Soon after that news conference, on May 27, the mayor of Uvalde, Don McLaughlin, requested that the federal Department of Justice conduct its own investigation, independent of the one by the Texas Rangers, who report to Mr. McCraw. The State Legislature is also conducting an inquiry, meaning there are now at least three separate investigations into what happened.

Without official briefings, details emerged by other means, including through investigatory documents, surveillance video and transcripts of police body camera recordings reviewed by The Times.

The Times revealed that Mr. Arredondo had arrived at the school without his police radio and focused on finding keys to the classrooms, even though it was not apparent in the videos that anyone had checked the classroom door to see if it was locked. It also reported that police supervisors had been told there were people alive but wounded in the classrooms, that the officer had been on the phone with his wife, a teacher, after she was shot but before she died, and that a Uvalde police officer passed up an opportunity to take a shot at the gunman outside the school, fearing he might hit children.