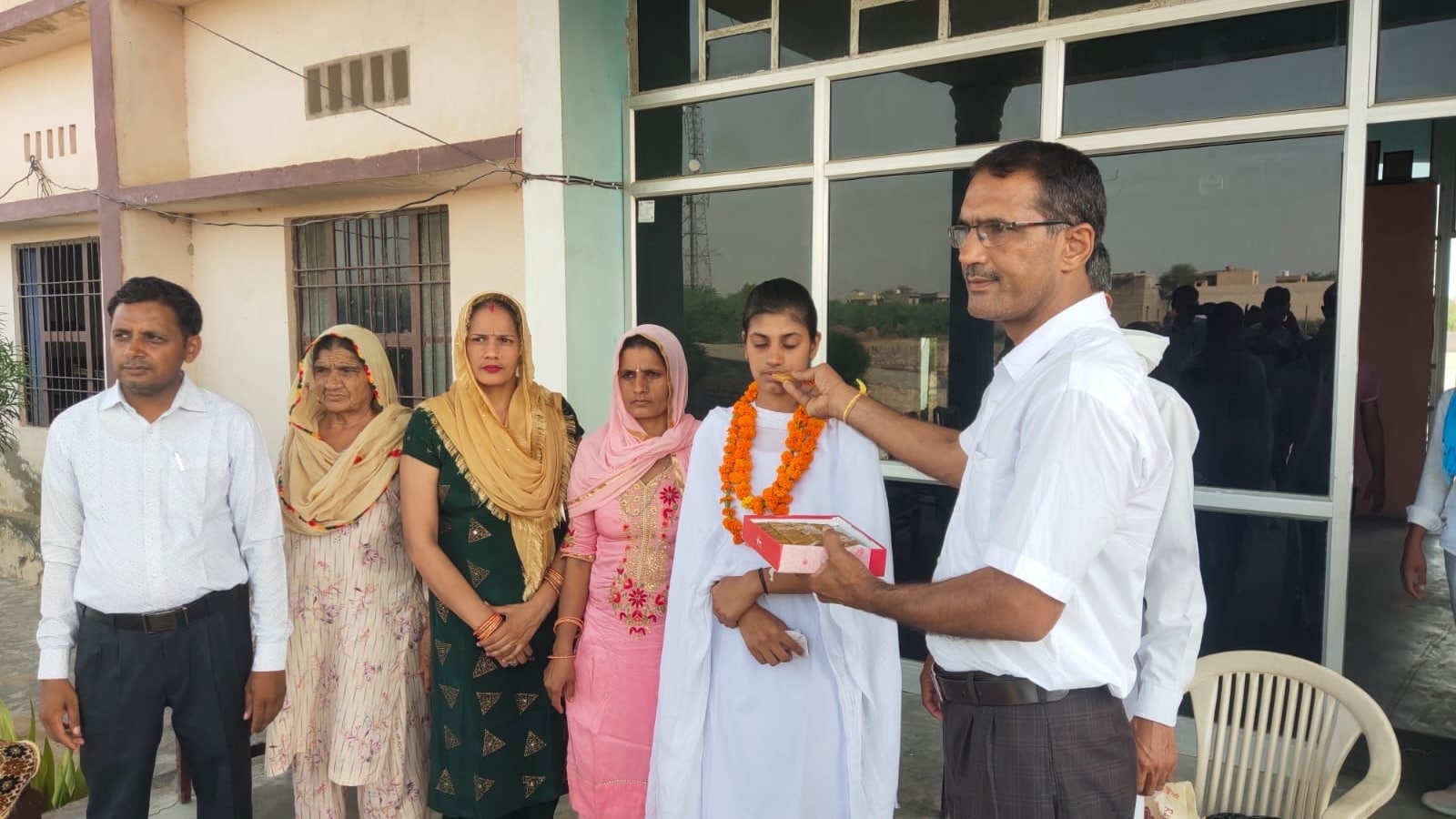 Defeating all odds, Kajal, daughter of a marginalised farmer, Ravat Nehra from Haryana chief minister Manohar Lal Khattar’s native village Nindana in Rohtak, has topped the board of school education Haryana (BSEH) class 12 exams by scoring 498 marks out of 500. The topper’s mother is a house maker.

Talking over the phone, Kajal, a student of humanities (Arts) , said she wanted to join the Indian army to serve the nation.

“ My father is a small-holding farmer and he used to take other farmers’ land on lease to run the livelihood of our family. I focused on self-study and never took tuition classes. I will make every effort to join the Indian army,” the topper added.

Mahender Sharma, the principal of KCM Public senior secondary school at Nindana, said Kajal was good in studies since childhood and she had grabbed second rank in the state in class 10 results, two years ago.

“ We were hopeful that Kajal would secure a rank in the board exam. She is a talented girl by birth. She comes from a humble family. Her father used to grow crops on other farmers’ land to run the family and her mother is a perfect house maker,” Sharma added.

Muskan, a student of SD Girls School in Jind’s Narwana and Sakshi of Pehowa in Kurukshetra shared the second position with 496 marks each, while Shruti of Hisar and Poonam of Palwal got the third rank by securing 495 marks. All the toppers come from humble family backgrounds. Muskan, Sakshi and Poonam are aspiring to become Chartered accountants.

Talking over phone, Muskan said her father Ramesh Kumar Singla is a shopkeeper and mother Mamta is a housewife.

“ I had a dream to top the board exam but I missed the golden opportunity by two marks. I want to become a Chartered accountant. I studied for 12 -14 hours, including school hours to achieve this fate,” she added.

Sakshi’s father Ram Singh runs an Atta chaki (home flour mill) at Pehowa and her mother is a housewife. She also wants to be a CA and fulfill her parents’ dreams.

Mukesh Kumar, father of third topper Poonam , a resident of Palwal, said he had studied till class 10 and his wife is a housewife.

“My daughter Poonam is a self guide and motivator to herself. She is aspiring to be a chartered accountant but I don’t have enough money to enroll her in that course. I used to cultivate 3 –acres of land and it is not sufficient to run the family expenses. The state government should provide financial help to my daughter Poonam so that she can fulfill her dream. If the government fails to do so, I will make arrangements by making whatever sacrifices I can do for her,” said Kumar, while talking to HT over phone.