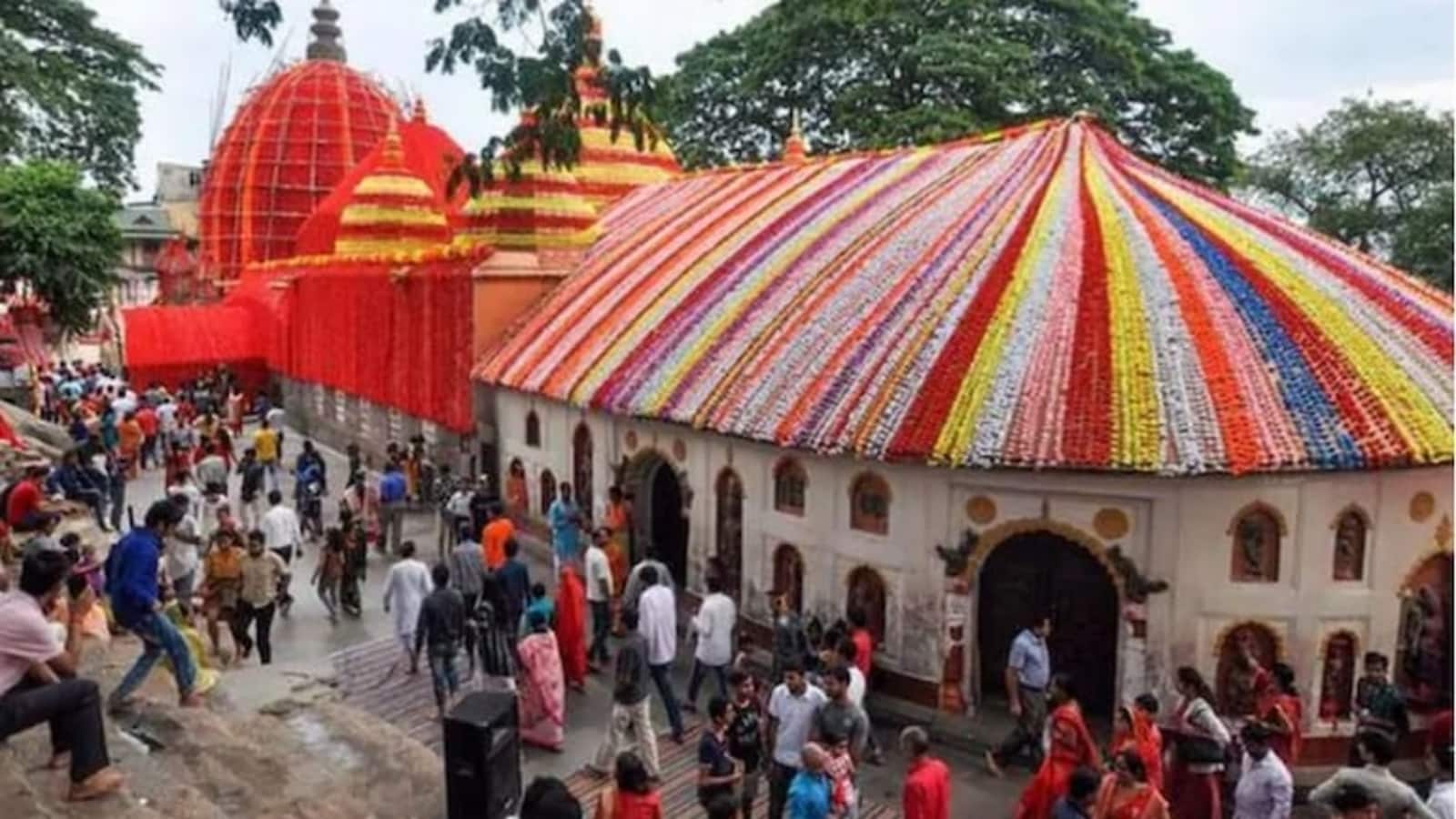 The annual Ambubachi Mela at Assam‘s famed Kamakhya Temple began on Wednesday with devotees allowed to participate after a gap of two years.

As a part of the rituals, the temple doors were symbolically closed for four days with the ‘Pravritti’ on Wednesday, Maa Kamakhya Devalaya’s head priest or ‘Bor Doloi’ Kabinath Sarma said.

‘Nivriti’ or the opening of the door will take place on the morning of June 26, he said.

In view of the devastating floods in the state, the festival is being observed in a subdued manner this time.

“As the auspicious Ambubachi Mela begins from today, I pray to Maa Kamakhya to bless everyone with good health, happiness & prosperity, besides help us ward off all evils,” Chief Minister Himanta Biswa Sarma tweeted.

Elaborate arrangements have been made for the devotees who are visiting the temple atop the Nilachal Hills in Guwahati but no personal vehicles or public transport are being allowed, Kamrup Metropolitan’s Deputy Commissioner Pallav Gopal Jha said.

Senior citizens and devotees with special needs are being ferried in vehicles provided by the district administration to the top of the hills, he said.

Three tented accommodations, having the capacity to house around 30,000 devotees in each, have been set up with toilet facilities below the hills in Pandu Port Camp, Maligaon and Old Jail Complex at Fancy Bazar, officials said.

Distribution of drinking water and food is being done at designated places along the road to the temple, they said.

Ambubachi, associated with the belief in fertility cult, is the most important religious event of the temple. It is also a significant part of the state’s tourism calendar with around 25 lakh footfalls usually recorded during the festival.

The doors of the temple are closed for four days, marking the belief that the annual menstrual cycle of Goddess Kamakhya happens during this time. It reopens on the fifth day when devotees throng the temple to seek blessings.

During the last two years, the Kamakhya temple was closed to the public due to the pandemic and the Ambubachi rituals were performed only by the priests.

When is Jagannath Rath Yatra 2022? Date, History, Significance, Rituals and Timings of the Festival in Puri

Nothing Phone 1 Will Come With A Mid-Range Qualcomm Snapdragon 778G Plus Chip, Company Confirms

Sanjay Raut explains what just happened in Maharashtra – in a photo