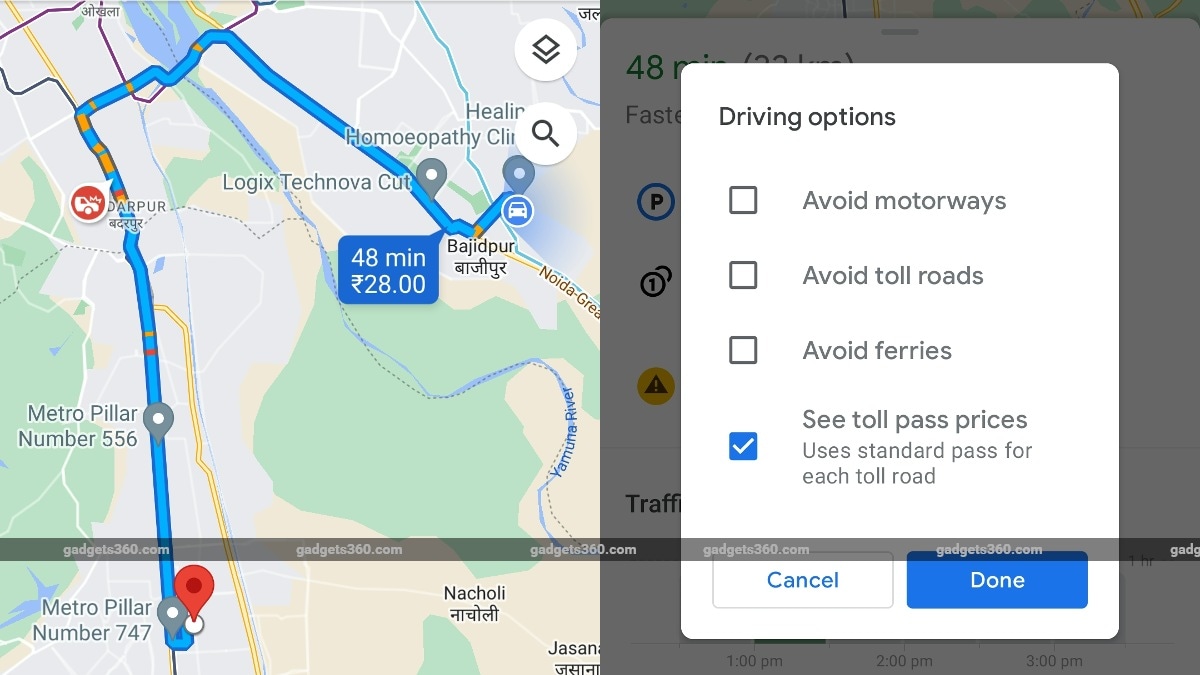 Google Maps will now show an estimate of toll prices that will be included in your journey, the search giant has announced. The announcement of this feature was made back in April, however, it has just started rolling out to users in India, Indonesia, Japan, and the US with other countries getting it later. As per the company, the service’s new feature will allow users to check estimated toll prices before a trip begins, and can identify available toll-free routes.

In an announcement on Tuesday, Google revealed that both Android as well as iOS users in India, Indonesia, Japan, and the US will be able to get an estimated toll price on the Google Maps app for nearly 2,000 toll roads. “You’ll see the estimated toll price to your destination before you start navigating thanks to trusted information from local tolling authorities,” the company said.

As per Google, the feature takes into account factors such as having a toll pass or not, what the day of the week it is, and with how much the toll is expected to cost at the specific time the user will be crossing it. Google Maps users will have an option within settings to show toll prices with or without having a toll pass “as in many geographies the price changes based on the payment method you use.” Furthermore, an option to avoid roads that have tolls will also be available if you select ‘Avoid tolls’ within settings.

In order to access the different options, According to the company, users can simply tap on the three dots at the top of the app to access route options, or swipe up when on Google Maps screen that shows directions. You will see information about the place and an option to “Change toll settings”. Select the option you want to access alternative routes, wherever available.

Over 19 Lakh Bad Accounts Were Banned In May By WhatsApp India: Here’s Why