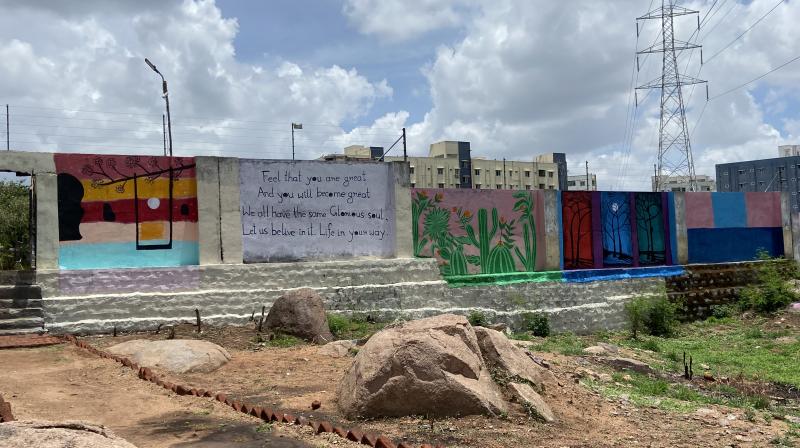 Hyderabad: Girls as young as 13 are being trafficked from the Bangladesh border to Hyderabad many of whom are promised jobs as beauticians, masseurs, and professional dancers. With the help of a web of traffickers, whose network spans multiple nations, these girls are illegally brought across international borders with the promise of a better life.

That typifies the seedy underbelly of Indian cities as well as the impunity with which these networks traverse international borders. Once entangled in the tentacles of the traffickers, these girls are ensnared in a life they would never chose.

According to police sources, the girls are mainly taken to Kolkata from the Bangladesh border and then sent to different places including Telangana and Karnataka. In several such trafficking cases, they are shipped directly to Mumbai.

The traffickers organise identity documents for the girls, including Aadhaar cards and passports, after entering India.

Once inside, the girls are offered for sale to traffickers for prices ranging from Rs.5,000 to Rs.50,000. In some cases, it was said, the victims’ own family members sold them to traffickers.

In some cases, of late. the girls are pushed into the booming IVF business. Sources said they are forced to sell their eggs to fertility centres for Rs.25,000 each.

Sources said that some women who identify as victims may actually be traffickers themselves; they do this to evade arrest and land up in government-run shelters. At the rescue homes, they attempt to persuade the others to return to commercial sex work by offering more money. They are supported by their brokers, who are on stand-by with legal support, and secure the release of the victims as soon as they are detained by the police.

Most of these girls become substance addicts, compelled by their agents, and are expected to handle 15 clients a day. Once they are brought to the rescue centre by the police, they crave for cigarettes, alcohol and drugs, said officials present at the rescue centre, jointly run by an NGO and the state government’s department of women development and child welfare.

There is a glimmer of hope for these girls in the rescue centre in Hyderabad. In order to help these victims support themselves both while they are in the centre and after their release, they receive life skills training, participate in the production of various types of jute bags, tie-and-dye cotton sarees, bead bags, bangles, and more.

Additionally, they engage in activities like dance, gardening, and painting. They have a counsellor there at the centre to help them cope up from the trauma.