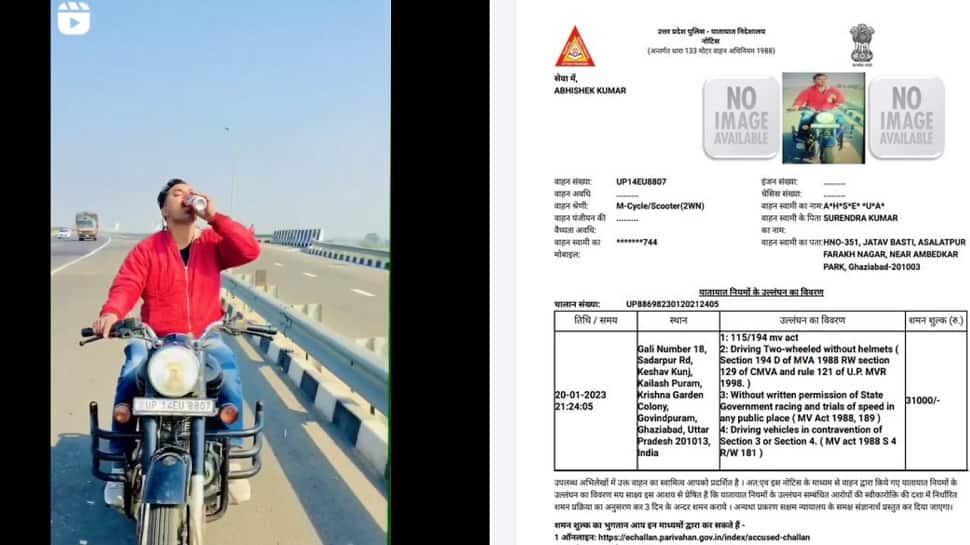 Making trendy Instagram reels to attract thousands of viewers have become fashionable these days. While some are making quality content, some cross the line and do activities that break the law. In the past, we saw influencers like Bobby Kataria drinking on road, attracting police action against him. However, it seems, people haven’t learnt any lessons from such unlawful activities. In another incident, a youth from Ghaziabad was handed over a massive fine of Rs 31,000 by Ghaziabad Police for breaking multiple traffic rules in one go.

A Ghaziabad man recently made a video for the Instagram Reel, in which he is seen riding a Royal Enfield motorcycle on a highway. What led to action against him is the fact that he was riding the motorcycle without a helmet. Not only this, he was also drinking beer while riding the popular motorcycle.

After his video went viral, Ghaziabad police slapped him a massive fine of Rs 31,000 under various sections. As seen in his challan, he was handed over fine under 4 sections of MV Act 1989.