Germany Remains Reluctant on Sending Leopard-2 Tanks to Ukraine, Wants US to Step Up 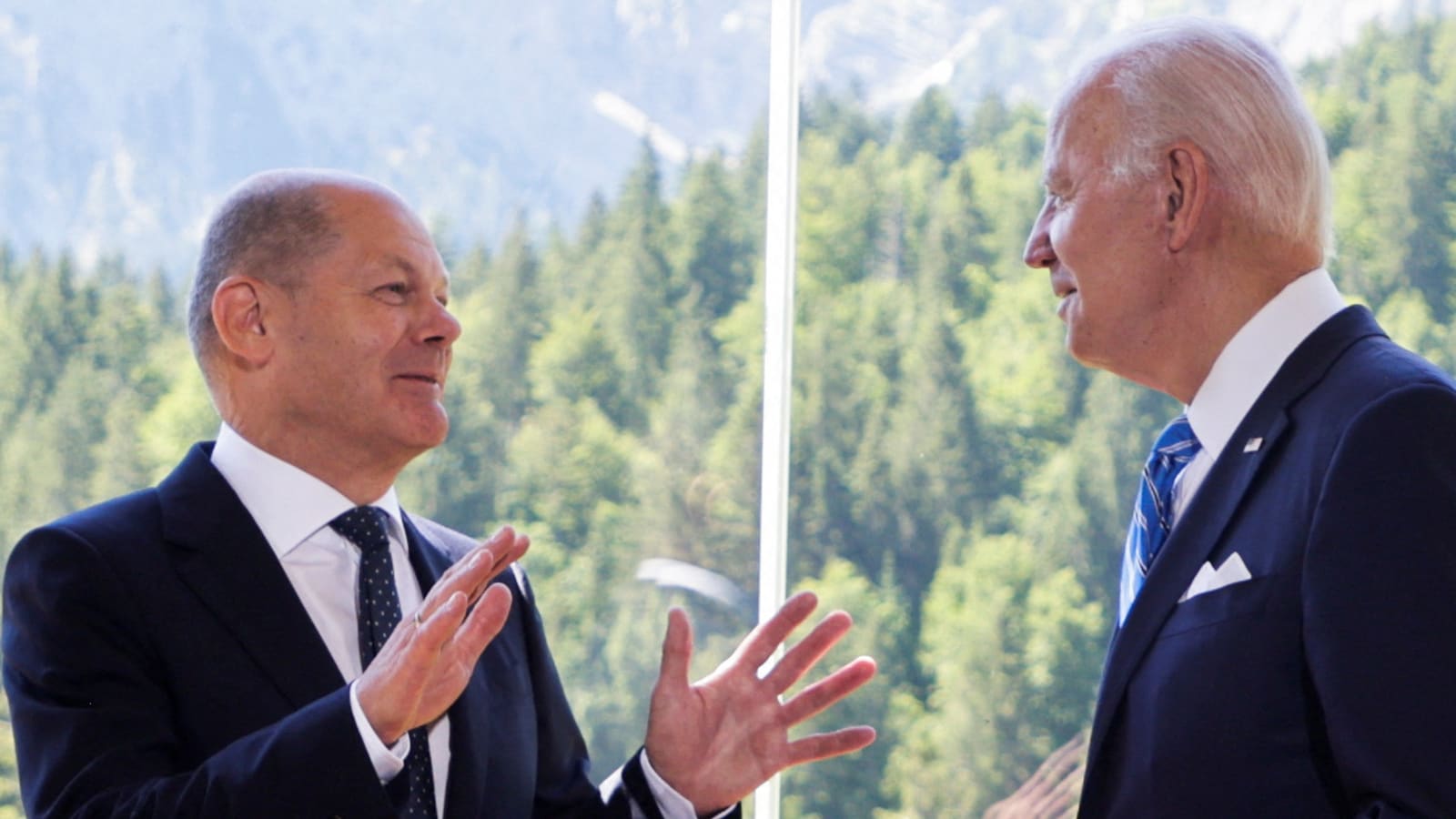 If Germany will send its Leopard-2 tanks, which are powerful and state-of-the-art, Scholz wants Biden to also send Abrams tanks to Kyiv as well

“The partners are principled in their attitude — they will support Ukraine as much as is necessary for our victory. Yes, we will still have to fight for the supply of modern tanks, but every day we make it more obvious that there is no alternative,” Zelensky was quoted as saying by news agency AFP.

Poland and Finland, both of whom have purchased these state-of-the-art tanks, are willing to supply Ukraine with these tanks but they will need Germany’s prior permission before doing so.

Germany is reticent regarding the entire affair. “We still cannot say when a decision will be taken, and what the decision will be, when it comes to the Leopard tank,” German defence minister Boris Pistorius said.

Ed Arnold, research fellow for European security at British think-tank the Royal United Services Institute (RUSI), told AFP that tanks could be the missing piece in the puzzle and it could deter Russian forces.

But Germany does not want to provoke Russia and escalate the war. The US has sent approximately close to $20 billion in military and security assistance – be it in the form of weapons or defensive tech. It may now want its European allies to show similar spirit, if not match the numbers.

US defence secretary Lloyd Austin led a meeting of some 50 Ukraine allies in Germany’s Ramstein Air Base earlier on Friday but they could not agree on tanks. They did, however, come through with billions of dollars’ worth of military hardware, including ample armoured vehicles and munitions.

Speaking to news outlet NPR, its editor Rob Schmitz and Cathryn Cluver Ashbrook of the Bertelsmann Foundation, a Berlin think tank, pointed out that Olaf Scholz, the German chancellor, has indicated that if indeed Leopard-2 tanks have to go to Kyiv, then US’ Abrams tanks also should go to Kyiv.

Germany does not want to look like it is the only nation that is ready to send its state-of-the-art tanks while the US stays away from the debate regarding tanks.

The US on several occasions cited high maintenance of Abrams tanks and said it is the primary reason for not sending those to Kyiv, an argument with which experts disagree.

Schmitz also pointed out that Scholz is reluctant to cross a red-line that might anger Russian President Vladimir Putin, pushing the latter to react more dangerously and escalate the war.

A report by the Financial Times also points out that majority of Germans do not favour sending Leopard-2 tanks to Ukraine, possibly fearing an escalation.

One also has to look at Scholz’s political outfit, Social Democratic Party of Germany or the Sozialdemokratische Partei Deutschlands (SPD) who have a history of pacifism and also have closer ties with Russia. The party’s senior figure, Rolf Mützenich, according to the Financial Times, however, said there are ‘no red lines’.

An expert told the Financial Times that Scholz could be seeking the support of a major nuclear power. It could mean that he wants stronger support from the US and the Biden administration.

Meanwhile, Russia has been clear that it will not remain silent if any of these moves materialize. “One should not exaggerate the importance of such supplies in terms of the ability to change something. We see an adherence to the dramatic delusion about the possibility of Ukraine having success on the battlefield,” Kremlin spokesman Dmitry Peskov said.