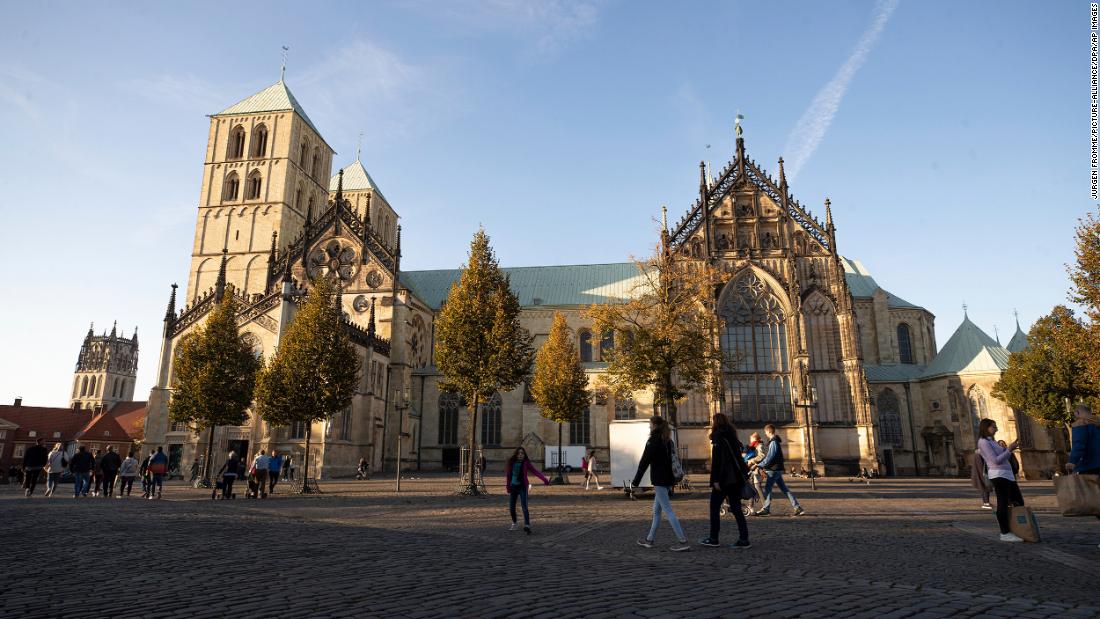 The new report from the University of Münster found nearly 200 members of the clergy committed nearly 6,000 instances of abuse.

Researchers believe the true number of victims could be much higher — up to between 5,000 and 6,000 more victims — due to unreported cases, the report’s authors said at a press conference outlining their findings on Monday.

Münster’s Bishop Felix Genn, who was appointed to his position in 2008, received the university’s findings Monday and said he will make a public statement on Friday.

CNN has separately reached out to the Vatican for comment.

Historian Natalie Powroznik, who was involved in the study, accused the priests of an average of two individual acts of abuse against victims per week, but said that number could also be higher.

“Three quarters of the victims were boys aged 10 to 14,” Powroznik also said. The victims were tied to the church through altar server service, church youth camps or during reception of holy sacraments.

The researchers further allege that bishops in the diocese over the decades were aware of the widespread abuse, but failed to act and repeatedly used abusive clergy in pastoral care, enabling further acts to transpire.

According to the study, only 12% of alleged offenders were removed. A common practice for handling clergymen involved in the abuse was to either admonish them or send them for short-term stays in a monastery, but most of the accused abusers were sent to another parish where they continued their crimes, researchers said.

Today, around 50 of the accused priests are still alive, they added.

The study also found that the 43% of the interviewed victims reported strong physical violence and have had to bear “substantial consequences” psychologically, such as anxiety disorders and depression. The historians also noted several suicide attempts among victims said to be due to the abuse.

The new report is the latest among allegations of a legacy of widespread child sexual abuse in Germany’s Catholic Church in recent years.

In January, a Church-commissioned report into abuse by Catholic clergy in the Archdiocese of Munich and Freising concluded former Pope Benedict XVI knew of abusive priests during his time there from 1977 to 1982 but failed to act. A month after the report’s publication, the retired pope asked for forgiveness but denied any wrongdoing.
A 2018 report commissioned by the German Bishops’ Conference found at least 1,670 clergy were involved in at least 3,677 cases of child sex abuse by the clergy between 1946 and 2014.

Share
Facebook
Twitter
Pinterest
WhatsApp
Previous articleOpinion | The Jan. 6 hearings promise a lot. How they can deliver — and why they could fail.
Next articleGunman killed by police at Texas summer camp had opened fire near classroom filled with kids