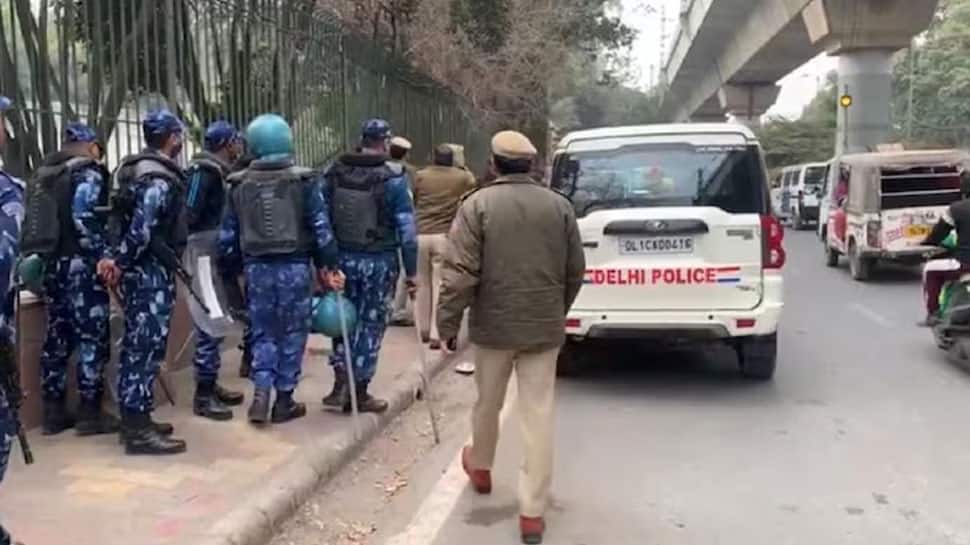 Four students have been detained for allegedly creating a ruckus outside Jamia Milia Islamia University over the screening of the BBC documentary today: Delhi Police
— ANI (@ANI) January 25, 2023

Left-affiliated Students’ Federation of India (SFI) has earlier announced that it will screen the controversial BBC documentary on Prime Minister Narendra Modi on the Jamia Millia Islamia campus at 6 pm.

A poster was also put up by SFI’s Jamia unit in this regard, following which the college authorities took note of the issue and issued a notice with orders the violation of which would lead to action.

The poster read that the documentary will be screened at 6 pm at the MCRC lawn gate no 8.  The university administration, however, said no permission has been sought for the screening of the documentary and “we will not allow” it.

The Jamia Milia University Administration issued a statement saying, “The University reiterates that no meeting of students or screening of any film will be allowed on the campus without permission. University is taking all measures to prevent people/organisations having vested interest to destroy the peaceful academic atmosphere here.”

The University reiterates that no meeting of students or screening of any film will be allowed in the campus without permission. University is taking all measures to prevent people/orgs having vested interest to destroy peaceful academic atmosphere here: Jamia Millia Islamia pic.twitter.com/zWnkQwVSP1

When contacted, a Jamia official said, “They did not ask for permission for the screening and we will not allow the screening. If students go out of their way to do something then strict action would be taken against them.”

The screening at the Jamia campus comes a day after a similar screening was organised at the Jawaharlal Nehru University during which students claimed that power and internet were suspended and stones were thrown at them.

This comes after the ruckus over the screening of the documentary at JNU. The authorities at JNU stopped the electricity supply to the students’ union office on Tuesday to prevent the screening of the documentary. Internet connection on the campus was also taken down. Sources also reported stone pelting between members of Akhil Bharatiya Vidyarthi Parishad (ABVP) and Left-wing students.

The two-part BBC documentary, which is based on an investigation into certain aspects relating to the 2002 Gujarat riots, has been trashed by the Ministry of External Affairs as a “propaganda piece” that lacked objectivity and reflected a “colonial mindset”. The Centre had last week directed the blocking of multiple YouTube videos and Twitter posts sharing links to the documentary.

“We think this is a propaganda piece designed to push a particular discredited narrative. The bias, lack of objectivity, and frankly continuing colonial mindset are blatantly visible,” External Affairs Ministry spokesperson Arindam Bagchi said during a weekly media briefing on January 19. The MEA spokesperson added that the documentary is a reflection of individuals who are peddling this narrative again.