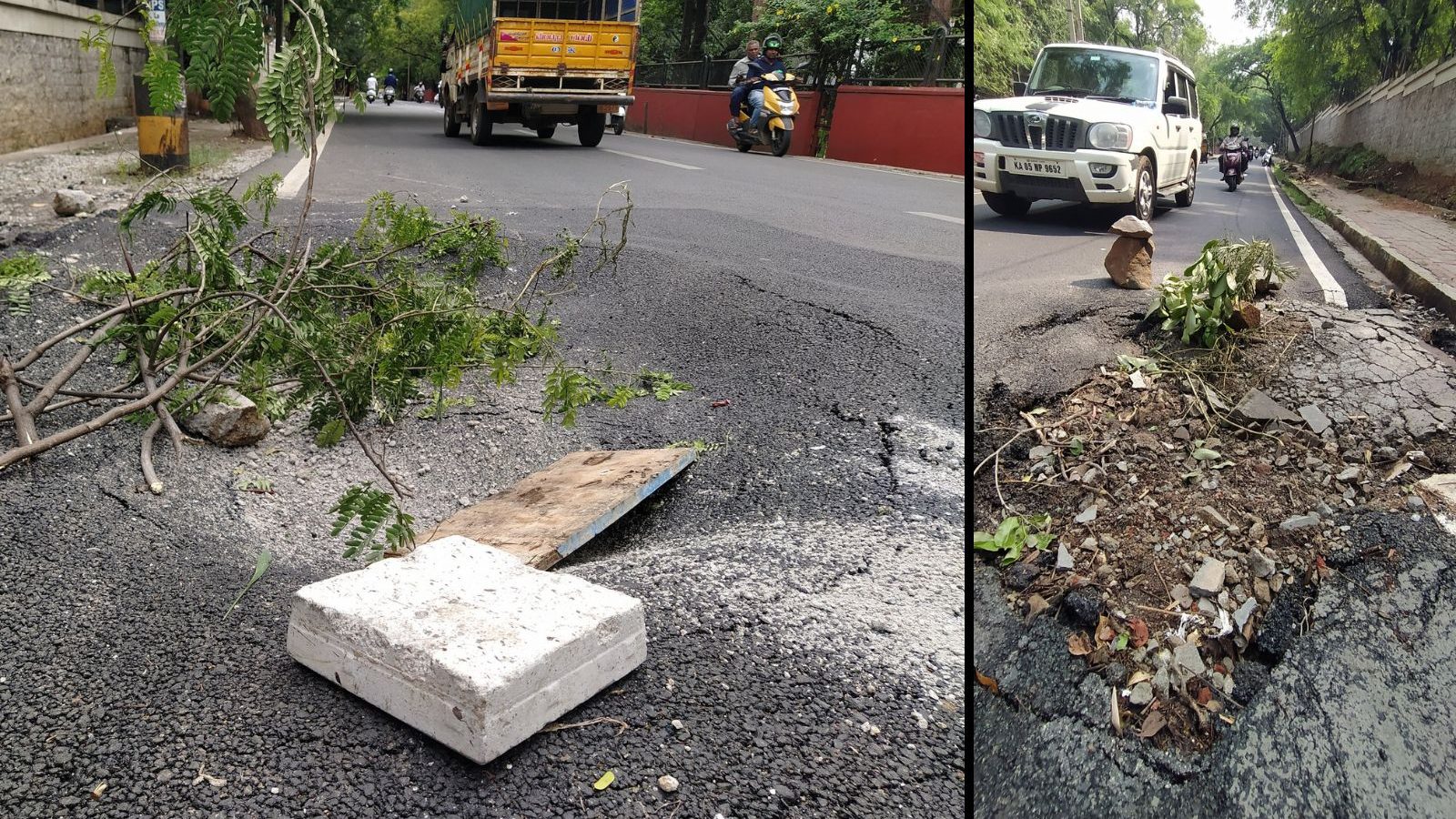 In a new low for the Bruhat Bengaluru Mahanagara Palike (BBMP), a stretch of road, asphalted as part of the Rs 23-crore road works for PM Narendra Modi’s visit on June 20-21, caved in a day later.

The Jnana Bharthi main road in southern Bengaluru was asphalted at a cost of Rs 6 crore.

The municipal body covered around 3.6-km stretch in the area that falls under the Bengaluru university campus.

Modi used the road to travel to the Dr B R Ambedkar School of Economics (BASE) University on Monday.

​ After a spell of overnight rain, the road caved in on Tuesday, just meters from the BASE University campus.

“Road users had complained several times and nothing was done. In fact, institutions in the vicinity had filled up the crater and when that didn’t help, a barricade was kept to ensure motorists don’t fall. This is happening for the second time. They had asphalted the road in April, when Modi’s visit was planned and cancelled later. The road had caved in then as well,” says Anantha Subramanyam, a road user who uses the stretch often.

Dr. B R Ambedkar School of Economics (BASE) University is a tribute to the intellectual prowess of Dr. Ambedkar. The new campus of this institution will benefit several students. The new tech hubs which have been inaugurated will also be a boon for our Yuva Shakti. pic.twitter.com/QWKUnp3pD0

The BBMP engineers suspect that a leaking water or sewage pipeline underneath the surface has resulted in the cave-in.

The BBMP had justified the emergency works undertaken for PM’s visit.

“Workers have toiled day and night to complete the work within a week as the protocol necessitated it”, Ravindra PN, Special Commissioner, BBMP, had said on Tuesday.