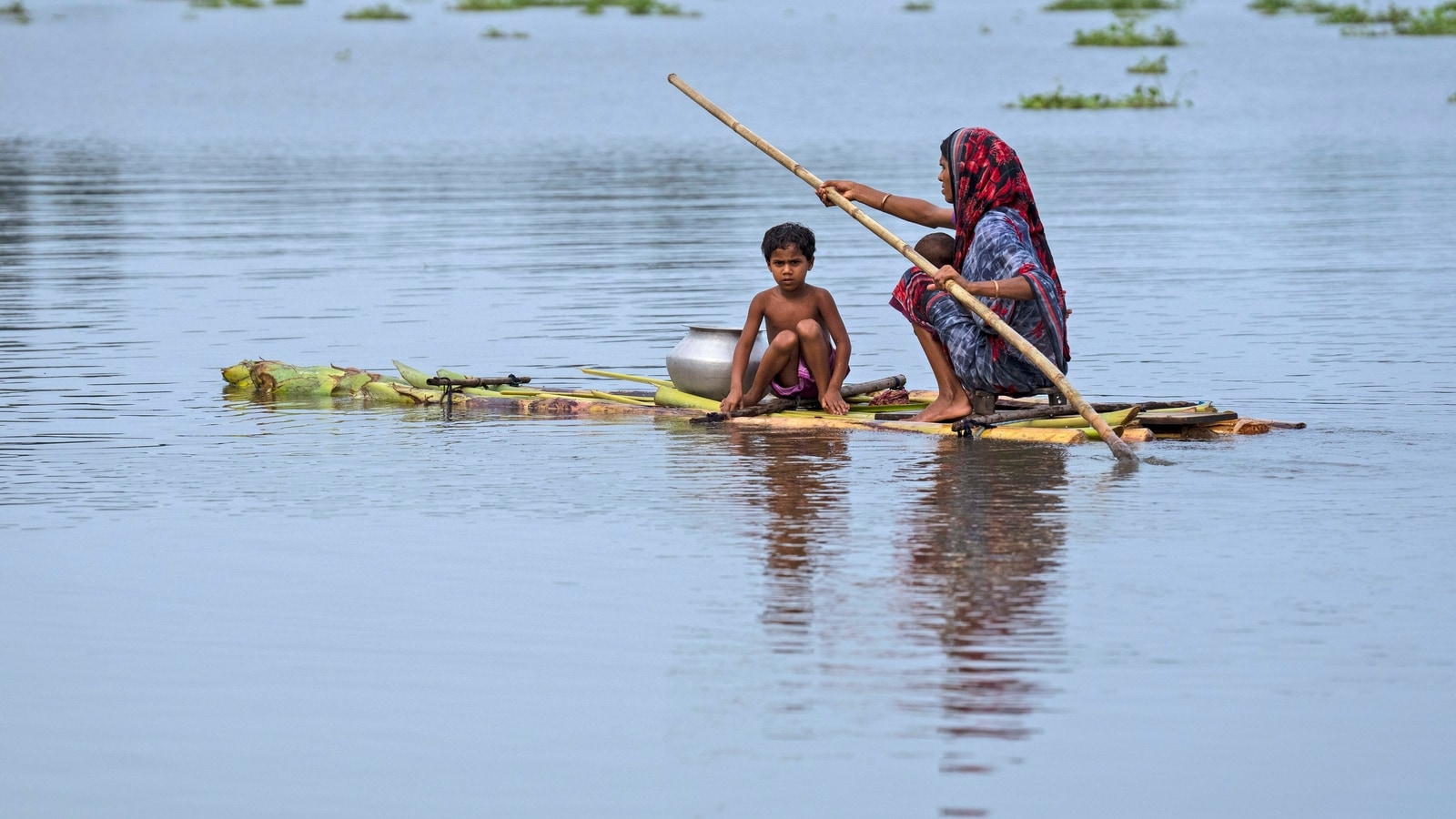 Destruction caused by floods continued in Assam on Tuesday with seven more deaths including three children reported in five of the 32 affected districts taking the total casualties in the deluge to 89 till date.

While there was less rainfall in most areas, flood waters continued to submerge large areas in the affected districts. The worst affect districts included several in lower Assam and three in Barak Valley-Cachar, Karimganj and Hailakandi.

The state government is at present operating 1687 relief camps in 27 affected districts including 825 relief distribution centres where 262155 inmates who fled their homes are residing. Barpeta district alone had over 88,000 displaced persons in relief camps.

A total of 5577 villages in 121 revenue circles in 32 districts have been affected by floods, while several urban areas in Cachar, Goalpara, Darrang and Karimganj districts have also been inundated.

Standing crop in 108306b hectares were submerged in flood waters and 3.6 million domestic animals and poultry have also been affected. Nearly 60,000 domestic animals including more than 39,000 big ones have been washes away by floods, said the ASDMA bulletin.

Around 2600 houses, both ‘pukka’ and ‘kaccha’ have been fully or partially damaged in the disaster. On Tuesday, NDRF and SDRF teams deployed 278 boats and rescued 3652 marooned persons in 11 affected districts.

During the day landslides were reported in Hailakandi, Guwahati and Patherkandi. Most parts of Silchar, the largest town in Barak Valley, and few areas in Mangaldoi, Lakhipur and RK Nagar in Karimganj recorded flooding on Tuesday, the ASDMA report added.