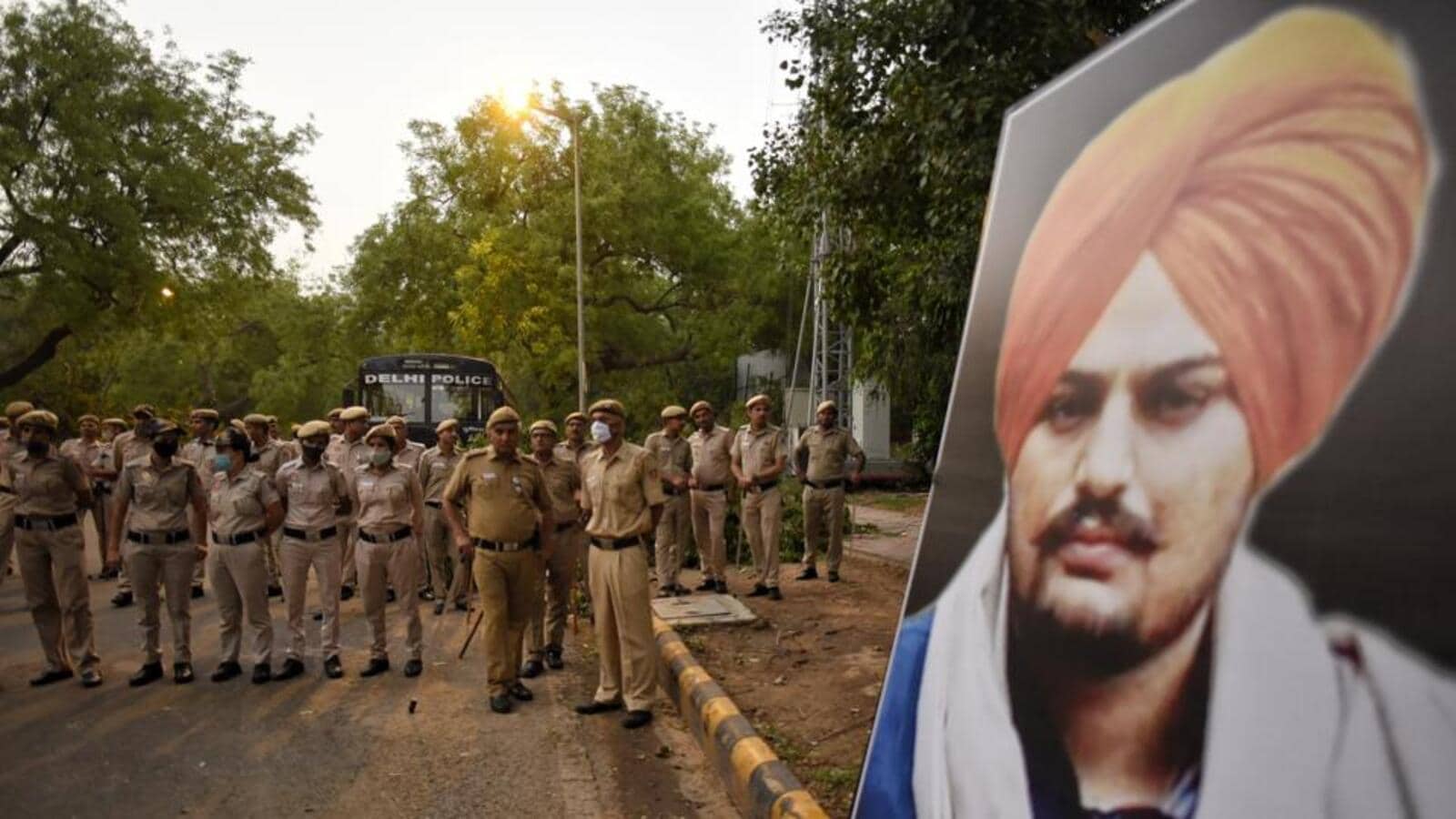 NEW DELHI: Arms and ammunitions used in the murder of Punjabi singer and Congress leader Sidhu Moosewala were delivered just an hour before the incident on May 29 by some motorcycle-borne unknown people, Priyavrat Fauji, one of the six shooters involved in the killing, told the Delhi Police special cell, senior officers said on Tuesday.

Fauji, along with another shooter Kuldeep alias Kashish and facilitator Keshav Kumar, was arrested by the Delhi police from Khari-Mithi road at Baroi village in Gujarat’s Kutch district on Sunday.

The custodial interrogation of Fauji and Kashish by different teams is still going on, said a senior officer of the special cell, requesting anonymity. During the interrogation, the accused claimed that the weapons used in the murder of the singer were supplied from across the border, the officer added.

“Of the six shooters involved in the murder, four criminals — Ankit Sirsa, Deepak, Jagroop Roopa and Manpreet Mannu — are still at large. While Sirsa and Deepak were accompanying Fauji and Kashish in the Bolero that intercepted Moosewala’s vehicle from the back, Roopa and Mannu attacked the singer’s vehicles from the front in Toyota Corolla,” the officer told HT. “We have got certain possible locations of Sirsa and Deepak who were with the arrested shooters two-three days before their arrest. The inputs came in late due to the long distance from the scene of crime…”

The entire killing plot was unveiled during the interrogation of Fauji and Kashish, the officer said, adding that both the shooters have been sent in the custody of special cell till July 4.

“The communication with the facilitators, supplier of arms and vehicles, recipients and the backup conspirators was so discreet that even the killer didn’t know about the others,” he said. “Everyone was in contact with Canada-based Goldy Brar, who was talking to everyone individually through internet phones.”

After the incident, backup vehicles were ready for the shooters. “But as the Corolla broke down midway, Roopa and Mannu looted an Alto car to escape,” said the officer.

Another special branch officer, who was part of the team engaged in trapping all shooters associated to jailed gangster Lawrence Bishnoi, said: “Brar was so smart that he chose only those shooters who were addicted to alcohol or drugs. Fauji, who was formerly associated with a Sonepat-based criminal gang, and other shooters are addicts. After coming out from the Kurukshetra jail, Faulji kept changing his hideouts in Dehradun and Kirmara, which were facilitated by one Shobit Tyagi. These hideouts belonged to persons who did not have any criminal antecedents.”

“Later, he came in contact with one Monu Dagar, who asked him to kill Moosewala and in return, offered him hideout, alcohol and money. Sachin Bhiwani and Kapil Pandit were also among the main facilitators in the whole incident, who accompanied hardcore criminals like Sandip Kekra and Nikku to recce Moosewala’s home before his murder,” the second officer said, also wishing not to be named.

HGS Dhaliwal, special commissioner of police (special cell), said at the instance of Fauji, the police have also recovered a huge cache of arms and ammunition from Kirmara village in Haryana’s Hisar district on Monday. “It included eight high explosive grenades along with under barrel grenade launchers (which can be mounted on AK-47 assault rifles), nine electric detonators, one assault rifle along with 20 rounds, three sophisticated star pistols of .30 bore, 36 rounds of 7.62 mm of star pistols and part of AK-47 assault rifle.”

“The miscreants had kept grenade in case if guns did not suffice. But, the important thing is that all these recovered weapons were kept reserved. Many more sophisticated weapons were used in the crime,” Dhaliwal said.

The special cell has been on lookout for criminals who are eyeing Delhi, he said. “From the interrogation of criminals arrested, it came into knowledge that a sinister criminal alliance comprising of notorious gangs — led by Lawrence Bishnoi, Goldy Brar, Kala Jatheri, Gogi — had been formed and was involved in heinous offences in different states including Delhi,” he said, adding that “the accused claimed that the weapons used in the killing were supplied from across the border.”

Moosewala was shot dead at Jawaharke village in Punjab’s Mansa district on May 29, when he was travelling in his personal vehicle with two of his associates. Jailed gangster Lawrence Bishnoi has been named as the prime suspect in the murder case, which has been ruled as a result of an inter-gang rivalry. Soon after the murder, Canada-based gangster Goldy Brar took responsibility for the killing, saying it was revenge for the murder of Vicky Middukhera, who was a close friend of the Bishnoi gang.