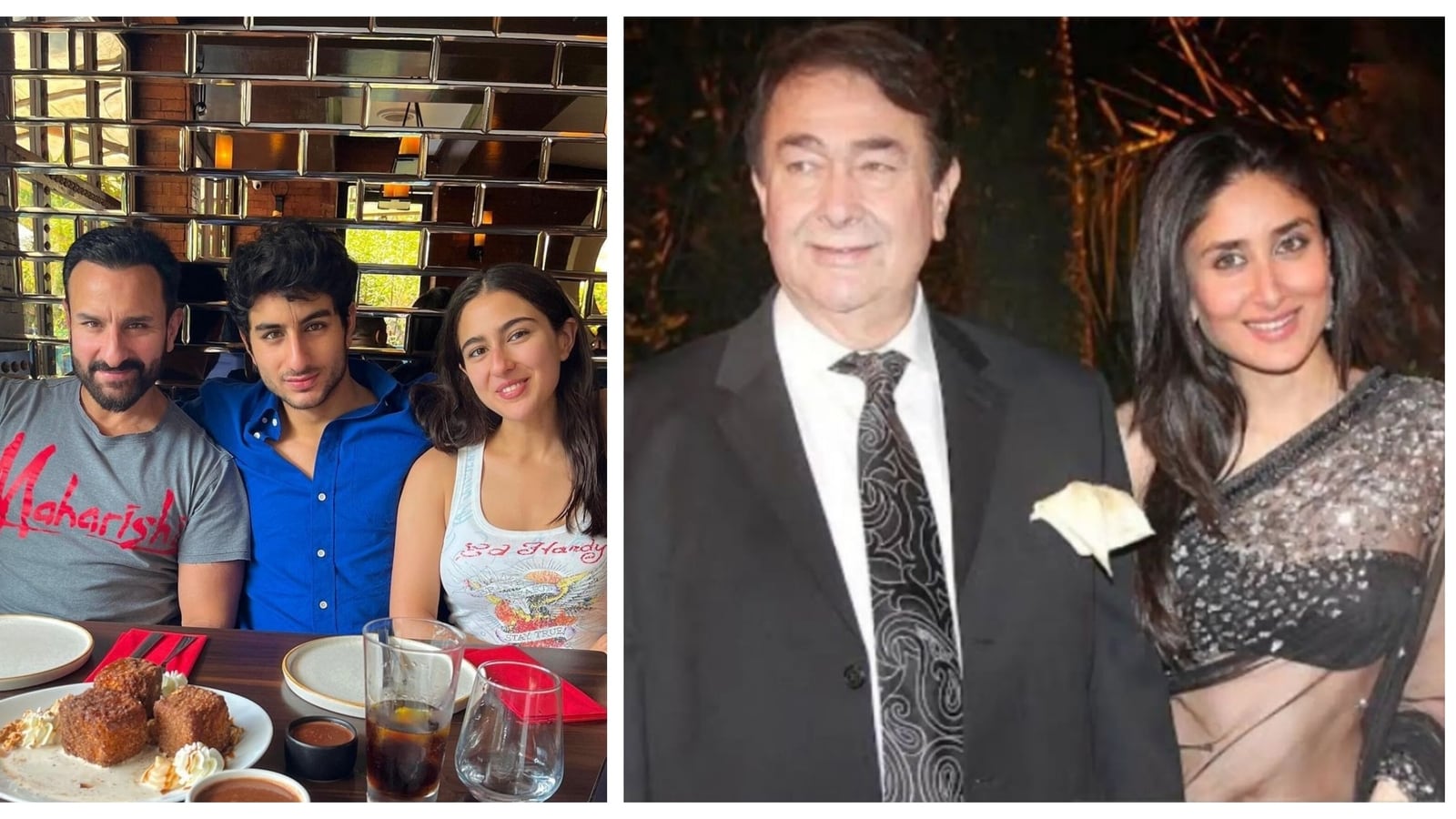 Kareena Kapoor shared a throwback picture with father Randhir Kapoor on the occasion of Father’s Day. The actor shared a picture in a black saree and a sleeveless blouse as she posed with Randhir at a party. She simply captioned it, “Papa (heart emoticon) #FathersDay.” Also read: Kareena Kapoor shares behind-the-scenes pics of Saif Ali Khan, Taimur on sets as she wraps up Sujoy Ghosh’s film

Kareena recently completed the shooting of the film adaptation of the Japanese bestseller, The Devotion of Suspect X. Directed by Sujoy Ghosh, the Netflix movie is a yet-to-be-titled murder mystery and also stars Jaideep Ahlawat and Vijay Varma.

She announced the film wrap with several behind-the-scenes pictures from the sets on Instagram. They also included photos of Saif and Taimur from their visit to the sets. She wrote along with the pics, “DSX! The best crew, best ride, best times… and I’m pretty sure the best film too. Get ready @netflix_in… this one is.”

Netflix officially announced the film, based on the 2005 novel by Keigo Higashino, in March. The movie, which marks Kareena’s OTT debut, is produced by 12th Street Entertainment, Northern Lights Films in association with Ghosh’s banner Boundscript and Seoul-based production house Kross Pictures.