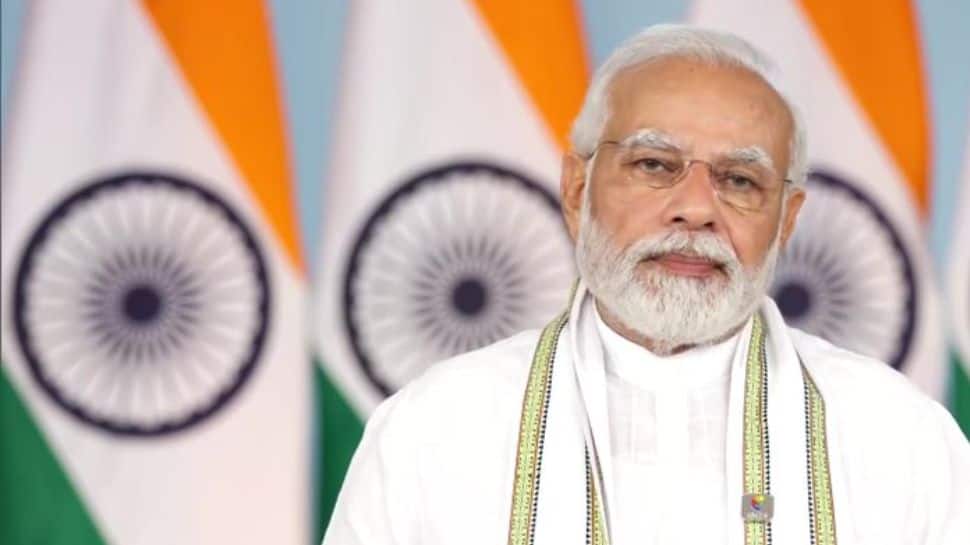 New Delhi: The government expects the Indian economy to grow by 7.5 per cent this year, Prime Minister Narendra Modi said on Wednesday. In a virtual address at the BRICS Business Forum, Modi also said the value of the Indian digital economy will reach USD 1 trillion by 2025. Highlighting the strength of the Indian economy, he said there is an opportunity to invest USD 1.5 trillion under the country’s national infrastructure pipeline.

“We are expecting a 7.5-per cent growth rate this year that will make us the fastest growing major economy,” Modi said in his address. (ALSO READ: Markets fall after 2-day breather amid weak global cues)

This year we are expecting 7.5% growth. Which makes us the fastest-growing major economy. Transformative changes are taking place in every sector of emerging New India: PM Modi in opening ceremony of BRICS Business Forum pic.twitter.com/KmjAF5NEZ8
— ANI (@ANI) June 22, 2022

In a “New India”, transformative changes are taking place in every sector, he said, adding that a key pillar of the country’s economic recovery is technology-led growth. (ALSO READ: How much it costs RBI to print Rs 10, Rs 100, Rs 500 notes? Check here)

“We are supporting innovation in every sector,” the prime minister said.

The BRICS Business Forum took place a day ahead of a virtual summit of the five-nation bloc.

Top Cruises for Babies and Toddlers