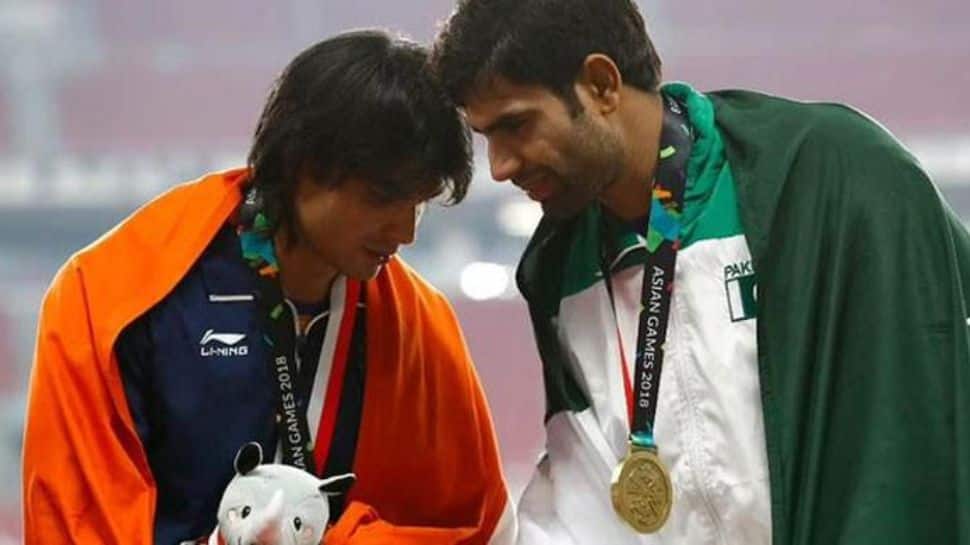 Olympic gold-medalist Neeraj Chopra, who missed the Commonwealth Games 2022 in Birmingham, missed out on another gold due to injury. The CWG 2022 javelin gold went to Neeraj’s dear friend and Pakistan’s star Javelin Thrower Arshad Nadeem. Nadeem breached the 90m mark in the CWG 2022 whereas Neeraj is still trying to achieve the feat. When asked about how he felt about Nadeem breaching the 90m mark, Neeraj said that it is good that the level of competition is going higher.

“It is absolutely great to have such great competition around. Athletes will only push themselves up when they have quality competition. Arshad Nadeem did a brilliant throw in CWG 2022.  Talking about him becoming the best Asian javelin thrower, I think every competition is different. It does not matter what you did in your last games. It is all about how you play on that day and how your form is,” Neeraj said during an event.

Neeraj has been named brand ambassador of Coca-Cola India’s first-ever brand extension for its homegrown brand Limca into the hydrating sports drinks category ‘Limca Sportz’. Talking on the lunch event Neeraj opened up on his injury and comeback,” Doctors have said that I need at least a month of rest and rehab to recover from my injury and currently I am doing exactly what the doctors said. Injuries are part and parcel of the game. We need to continue our process. Talking about the next competitions, we are not really in the position to take a decision on that. I am yet to start my practice of throwing once I start throwing then I will be in a better position to talk about the comeback. My coach and I will take the decision on the comeback once I start practising. “

“As an athlete, I understand the vital significance of optimum intake of carbohydrates and electrolytes. Limca Sportz enables faster rehydration to the drinker and helps balance higher endurance during exercise performance – making it the go-to beverage for people who believe in putting in the hard work to achieve their goals.  It is the perfect drink for when the body gives up, but the mind says ‘go on..’. I am exhilarated to be the face of the new Limca Sportz campaign. The film perfectly represents my ideals of never giving up and continuously pushing boundaries to get closer to my goals,” Neeraj concluded.

US has record performance in 145-69 rout of South Korea

Navratri 2022: Give up your need for luxury to appease Maa Durga’s troubles