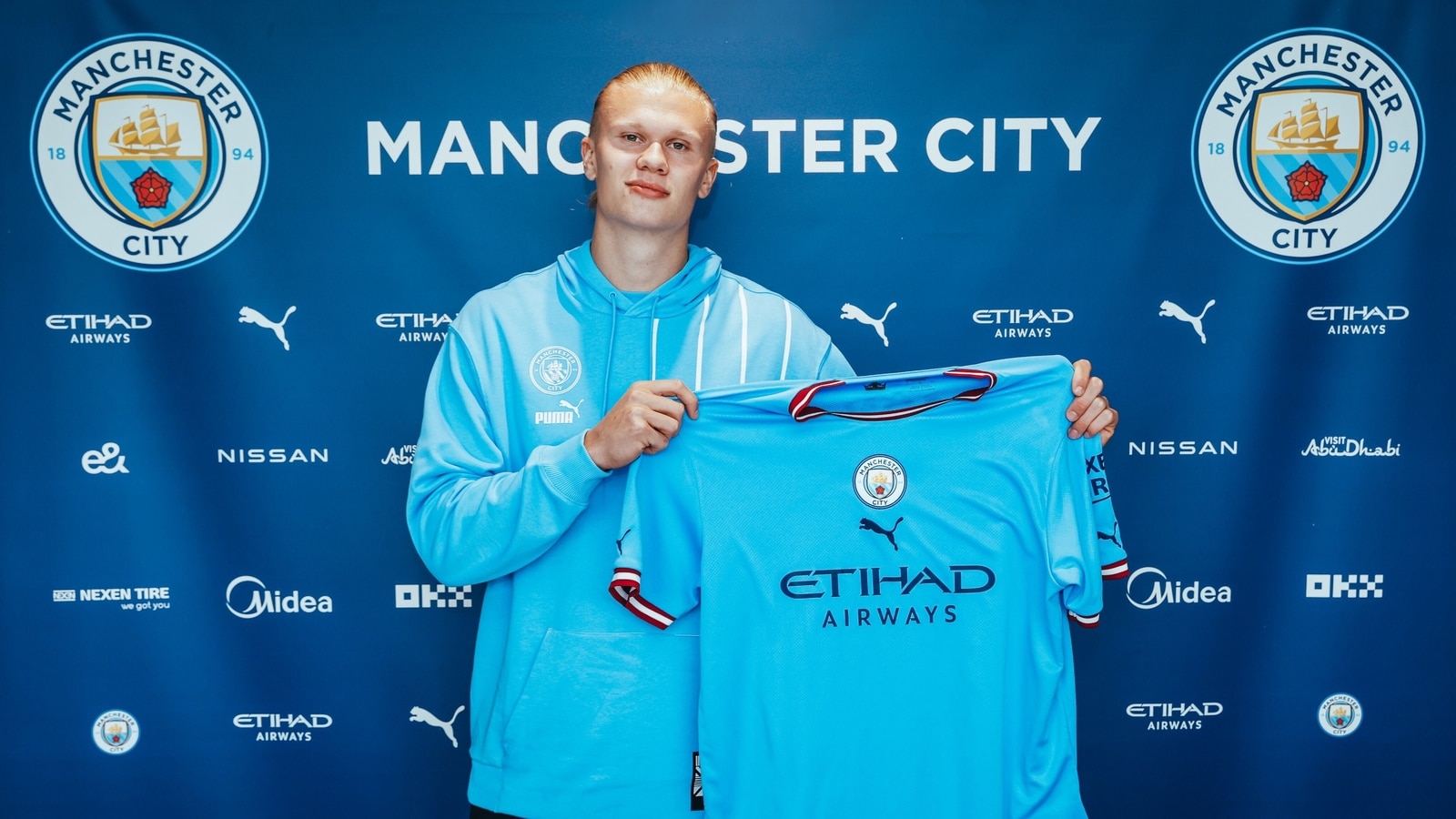 After five goals in four Nations League games for Norway interest in striker Erling Haaland is at fever pitch as he was unveiled as a Manchester City player in what will be one of the biggest transfers of the English close season.

In early May the Premier League champions announced that they would be buying the 21-year-old from Borussia Dortmund, and everything he has done since has fanned the flames of speculation about what he can achieve in the Premier League.

Haaland finished the Bundesliga season with 22 goals before joining up with the Norway squad and getting the only goal in a 1-0 away win away over Serbia.

He scored twice as his side beat Sweden 2-1, their first victory over the Swedes in a competitive game since 1977, and then posted a picture of him as a child in a Manchester City kit on Instagram with the caption “To be continued…”

After misfiring in a scoreless draw with Slovenia, Haaland finished the season at a sold-out Ullevaal stadium in Oslo, scoring twice and providing an assist for the other goal in a 3-2 win over the Swedes that leaves Norway top of Group B4 after four games on 10 points.

“There’s not much more to say, what he did today speaks for itself,” Norway captain Martin Odegaard told reporters following the second win over Sweden.

“Two goals and one assist, and the work he put in too. He did the dirty work for the team and that says a lot about him,” the Arsenal playmaker added.

The big discussion will be around whether Haaland – a classic, powerfully-built centre forward – will be able to fit into a Pep Guardiola system at City that often eschews traditional strikers.

Haaland declined to answer questions from the media about Manchester City during his stint with the national team, with the transfer announced a day after the international break ended for Norway.

“He is one of the best strikers in the world, it will be fun to follow him in the Premier League,” Sweden’s Dejan Kulusevski, who plays for Tottenham Hotspur, told reporters.

Born in the English city of Leeds, Haaland said that he would now go on holiday after a tiring campaign, but he will undoubtedly be back among the headlines once he gets in training with his new club.

“I’m looking forward to the autumn. Let it come,” he told the website of the Norwegian FA.