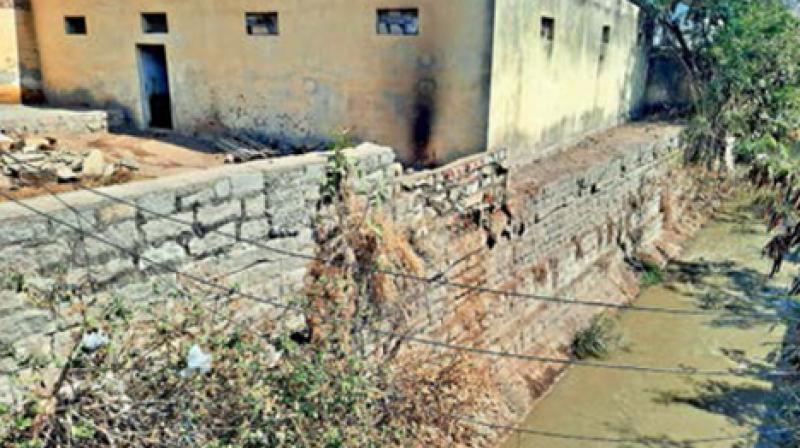 Hyderabad: The municipal administration and urban development (MA&UD) department issued notices to GHMC engineers who are executing the nala works under the government’s Strategic Nala Development Plan (SNDP), for delay in implementation and non-compliance of norms. The government asked the engineers why they could not be placed under suspension for dereliction of duties and wilful disobedience of orders of superior officers and endangering lives of citizens.

The government, in its notices, stated that superintendent engineers (SEs) and executive engineers (EEs) of the maintenance wing were repeatedly instructed to complete all the short-and medium-term corrective measures of the lapses identified in the nala safety audit by May 31.

Further, it was instructed that all major nala desilting including carting of desilted material should be completed and chain link mesh fencing shall be restored wherever it has been removed for providing entry and exit of desilting machinery into nalas by May 31 without fail. They were also directed to set up retro-reflective warning boards with night time visibility at appropriate locations in vulnerable places.

The memos said in spite of the repeated instructions given by special chief secretary MA&UD Arvind Kumar and GHMC commissioner D.S. Lokesh Kumar, the seriousness of the situation was not being understood by field engineers. During a surprise inspection on June 6, it was observed that proper protective and precautionary measures were not provided at vulnerable spots in various areas in the city.

For instance, the culvert near CBR Estates (Polimeras), Deepthi-srinagar was not closed and protected by providing chain link mesh/barricading. Authorities said this kind of behaviour was unacceptable and was viewed as wilful negligence of orders of superiors and violation of conduct rules.

The authorities called upon SEs and EEs to show cause why they could not be placed under suspension pending regular inquiry as per CCA rules for dereliction of duties and wilful disobedience of orders of superior officers and endangering the lives of citizens. They asked the engineers to reply to the show cause notice at the earliest, otherwise it would be presumed that the individuals had no explanation to offer and action would be taken against them as per rules.