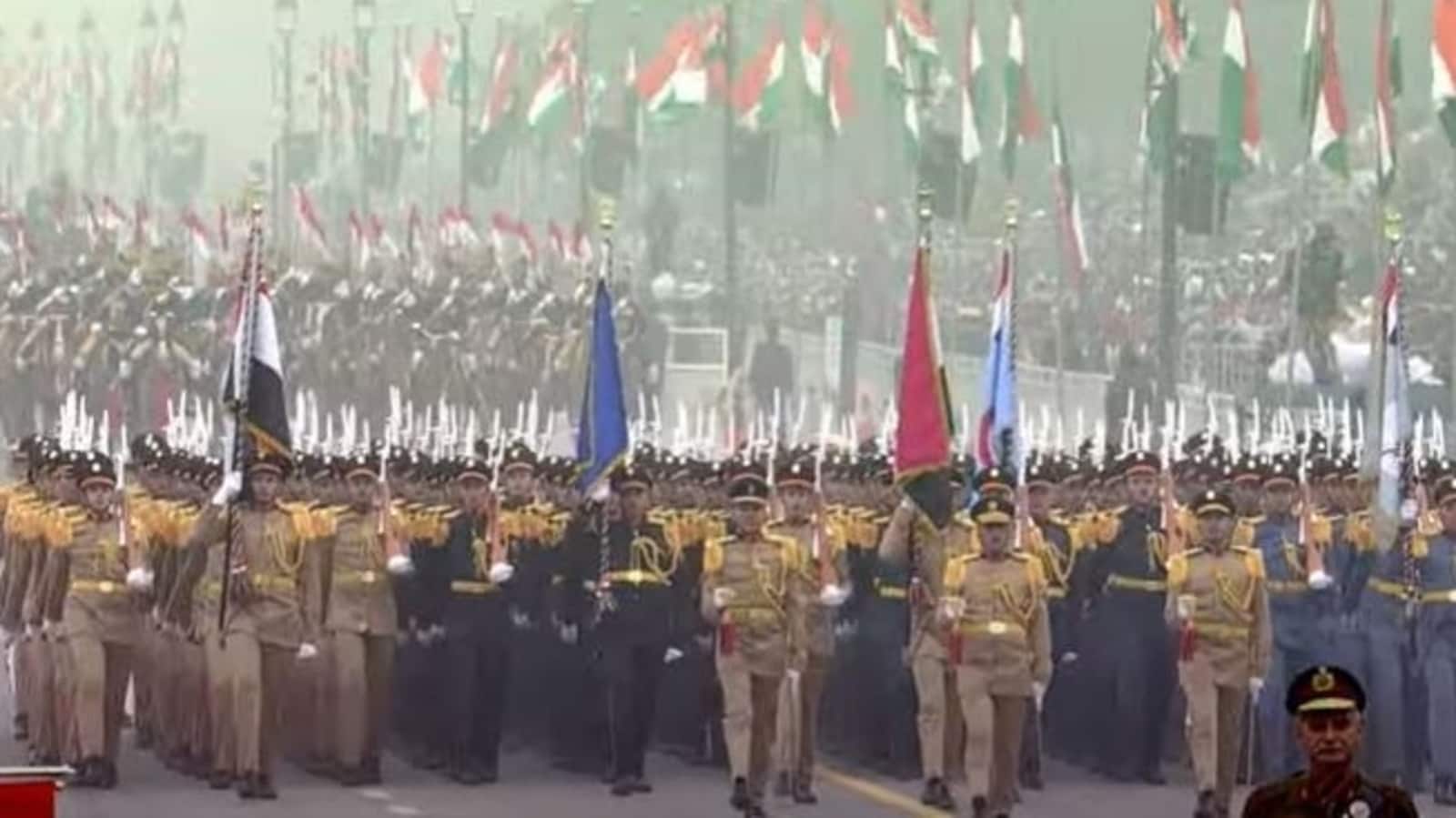 Among the many firsts of the 74th Republic Day, the contingent from the Egyptian Army was one. Egypt is the guest country of Republic Day 2023. Led by Colonel Mahmoud Mohamed abdel Fattah El Kharasawy, 144 soldiers of the Egyptian army marched on the Kartavya path as the parade began.

This is also the first time that an Egyptian leader has been invited as the chief guest of the Republic Day. El-Sisi was elected as the sixth President of Egypt in May 2014. He graduated from the Egyptian Military Academy in 1977 and was appointed to the post of Director of Intelligence in 2010. In August 2012, he was appointed as the Minister of Defense and the commander of the Egyptian Armed Forces where he remained until his resignation in March 2014 to run for the Presidency.

A day before, El-Sisi met PM Modi and held discussions with hi to take the bilateral trade to 12 billion dollars in the next five years. The two leaders also held extensive discussions on strengthening the food and pharma supply chains affected by the COVID and the Ukraine conflict.

In his remarks to the media after his talks with the Egyptian leader, the Prime Minister said India and Egypt are worried about the spread of terrorism happening around the world.

“We are unanimous in the opinion that terrorism is the most serious security threat to humanity. Both countries also agree that concerted action is necessary to end cross-border terrorism. And for this, together we will continue to try to alert the international community,” PM Modi said.

“In the last few years, there has been a significant increase in joint exercise training and capacity building between our armies. We have also decided in today’s meeting to further strengthen cooperation between our defence industries, and enhance the exchange of information and intelligence related to counter-terrorism,” he said.