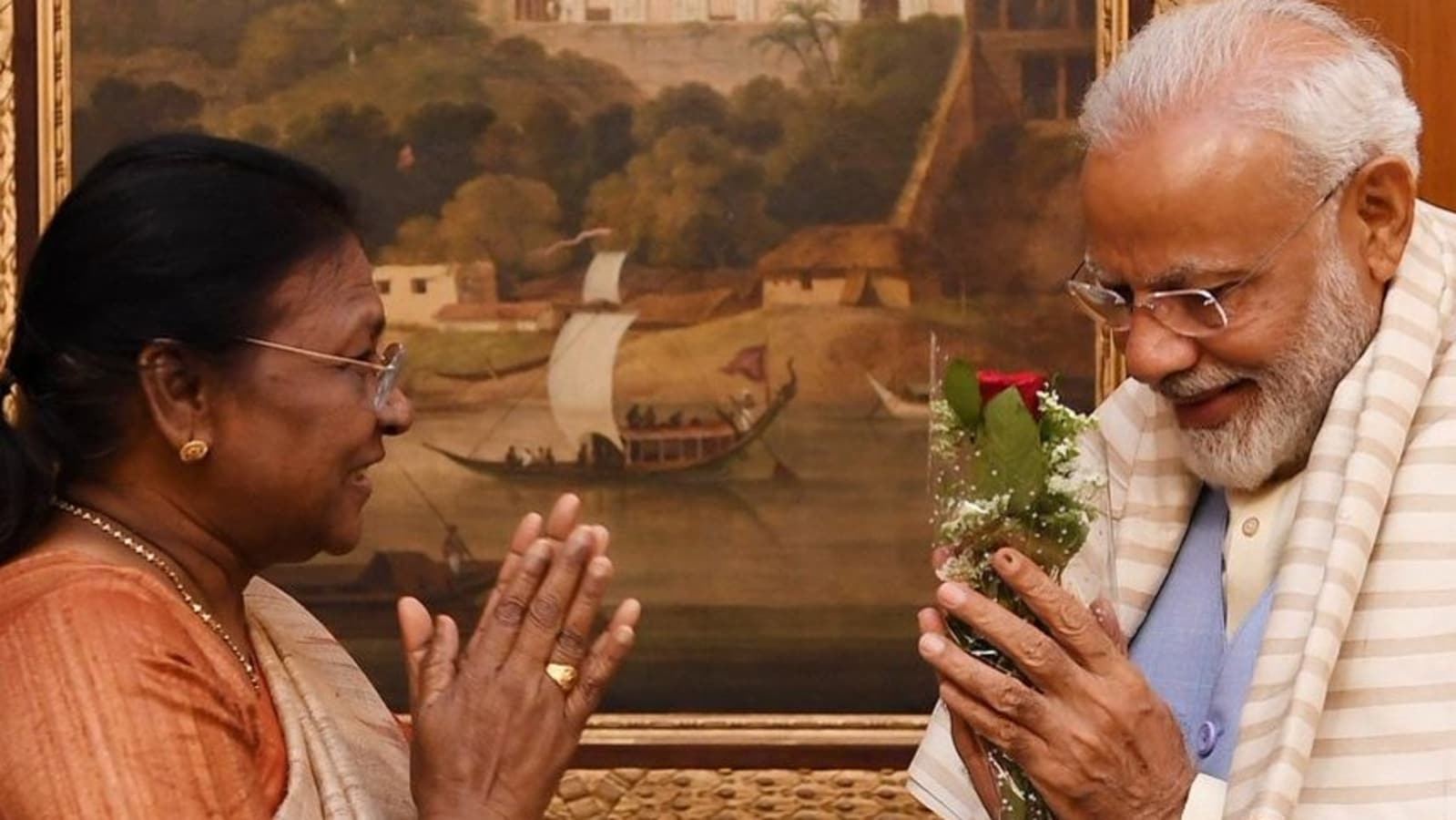 Prime Minister Narendra Modi on Tuesday said Droupadi Murmu, named as the BJP-led NDA’s choice for the next President, will make a “great President”. Modi said the former Jharkhand governor has devoted her life to serving society

In a late-night announcement, the BJP parliamentary board named Murmu, a tribal leader of the party from Odisha, as the ruling NDA’s candidate for the presidential election.

“Droupadi Murmu Ji has devoted her life to serving society and empowering the poor, downtrodden as well as the marginalised,” Modi wrote in a series of tweets.

Millions of people, especially those who have experienced poverty and faced hardships, derive great strength from the life of Smt. Droupadi Murmu Ji. Her understanding of policy matters and compassionate nature will greatly benefit our country.

She has rich administrative experience and had an outstanding gubernatorial tenure, he said. “I am confident she will be a great President of our nation,” Modi said.

The Prime Minister added millions of people, especially those who have experienced poverty and faced hardships, derive great strength from the life of Murmu. “Her understanding of policy matters and compassionate nature will greatly benefit our country,” Modi said.

Other BJP leaders also spoke in praise of Murmu. BJP chief JP Nadda, while making the announcement of Nadda’s candidature, said for the first time, preference has been given to a woman tribal candidate.

Union minister Narendra Singh Tomar said, “I welcome Droupadi Murmu’s name as Presidential candidate. She is a capable and deserving candidate; has worked in different roles and responsibilities including for the poor, tribals, women. She’ll fulfill her responsibilities even at this post.”

NIA Takes Custody of All Accused in Amravati Chemist’s Murder

OMG! SRK and Salman Khan to team up for biggest action film by Aditya Chopra?